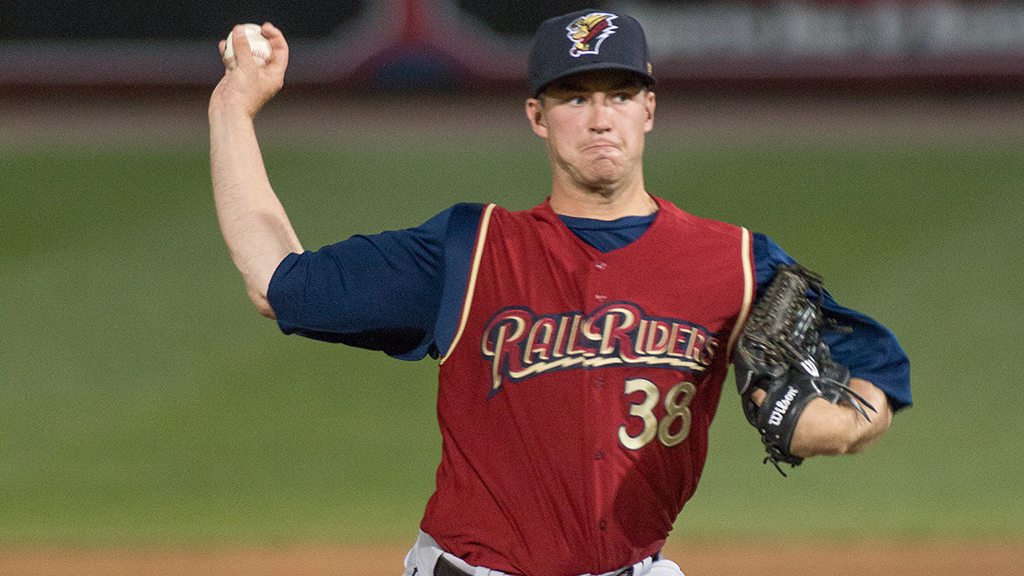 MOOSIC, Pa. –  The Scranton/Wilkes-Barre RailRiders fell to the visiting Syracuse Chiefs by a final of 5-2 Thursday afternoon at PNC Field. The RailRiders (47-42) finished the homestand 2-5 and have dropped 11 of their last 15. It was the first series victory over SWB this year for the Chiefs (33-55).

Starter Jose De Paula (2-3) battled his command for much of the outing. The southpaw walked four over three innings while allowing three runs on five hits. He departed with the bases loaded and no one out in the fourth. Bruce Billings (5-3) limited the RailRiders to two runs on seven hits across five innings for the win. Jose Valverde tossed a perfect ninth for his seventh save.

The Chiefs built a 4-0 lead on a two-run single by Tony Gwynn Jr. in the second frame and tallies in the fourth and fifth innings. SWB came around twice against Syracuse in the sixth. Ramon Flores opened the stanza with a walk. Aaron Judge and Greg Bird followed with singles to load the bases.

Rob Refsnyder worked a walk to score Flores before Rafael Martin relieved Billings. Kyle Roller wasted no time driving a single up the middle to score Judge, but Martin would escape the inning with a strikeout and a double play.

Syracuse capped the scoring with an unearned run in the ninth.

The RailRiders make the trek to Upstate New York for a three-game series against the Buffalo Bisons. First pitch is set for 7:05 p.m. at Coca-Cola Field on Friday night. Right-hander Esmil Rogers (0-0, 4.63) will oppose left-hander Randy Wolf (5-1, 2.76). The RailRiders will give away a special copy of Yankees Magazine to the first 2,500 fans in attendance on Friday, July 24, when the team hosts the Toledo Mudhens (Detroit Tigers). For more information please call (570) 969-BALL (2255) or visit swbrailriders.com.