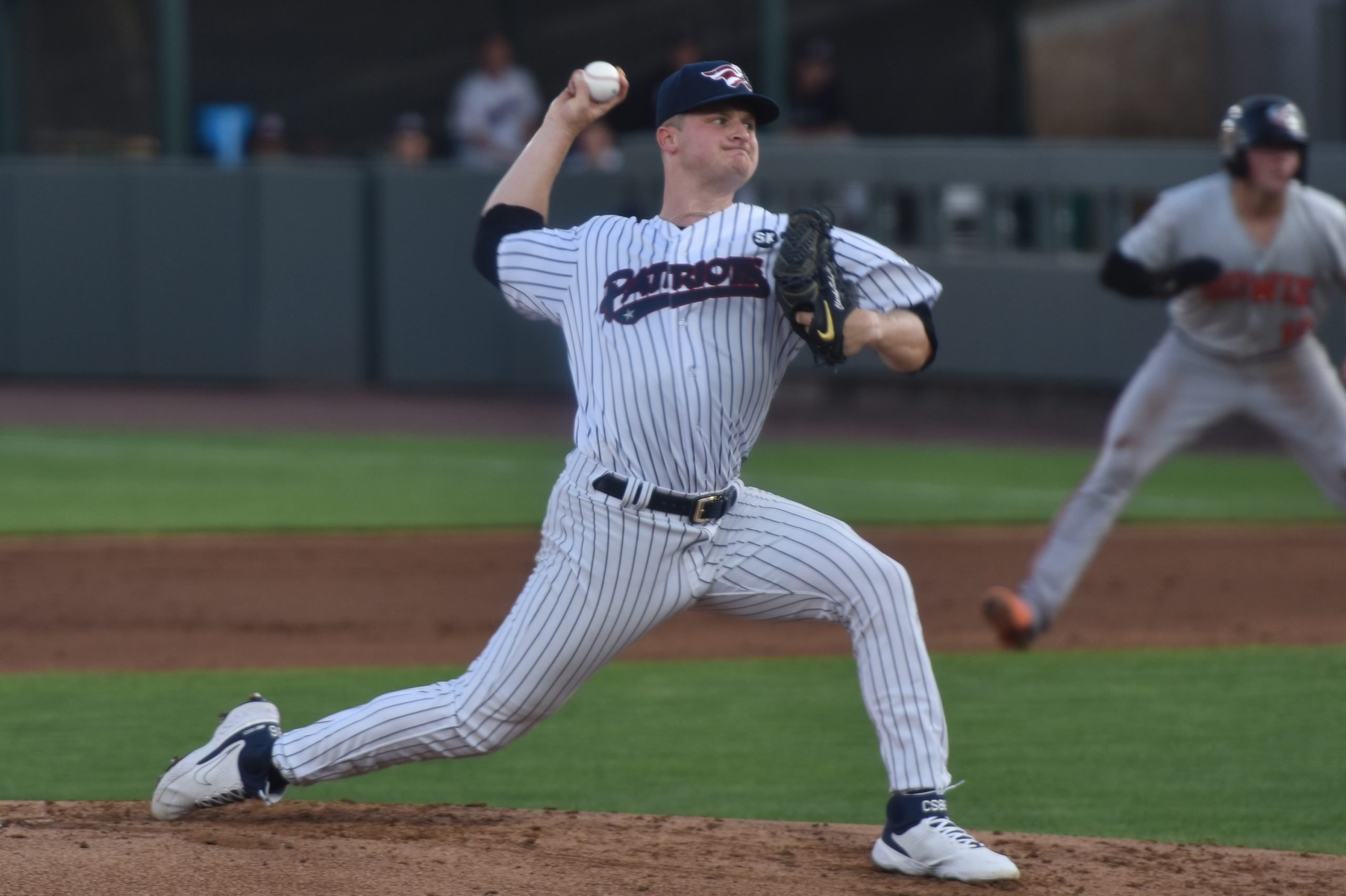 After tossing 2.2 innings for Somerset in his third rehab start on Thursday night, Yankees right-hander Clarke Schmidt says that he feels like he could get major league hitters out right now. The 2017 first-round draft selection tossed a season-high 50 pitches (28 strikes) while allowing a run on two hits to go along with a walk and four strike outs. “Stuff-wise I feel great,” said Schmidt. “I think I could easily go out there and get major league hitters out right now.”

The 25-year old Schmidt sat down the side in order in the first frame, needing just 8 pitches to navigate the inning. The visiting Bowie Baysox forced Schmidt to labor much harder in the second. After issuing a leadoff walk and a single to the first two hitters, it appeared as though Schmidt was going to escape unscathed with two consecutive punch outs. However, Zach Watson roped a two-out single into left field to plate a run before Schmidt ultimately evaded further damage in the 31-pitch second inning. 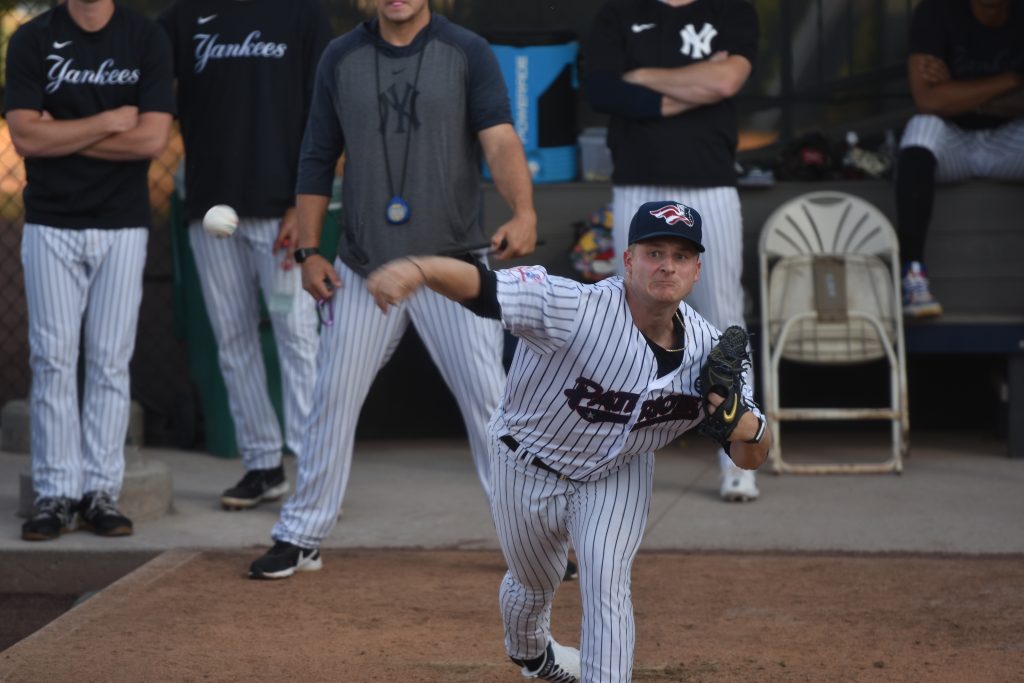 Schmidt came back out for the third inning and fanned the first two hitters of the stanza before manager Julio Mosquera came out to pull him at his 50-pitch cap. Surveyed scouts in attendance clocked Schmidt on the radar gun between 92-95 MPH with strong movement on his fastball and 82-84 on his breaking pitches.

“There was a little bit of adrenaline going into it, which is always good,” said Schmidt. “I was happy to be out there; I felt great and it’s good to get back into the mix to kind of get back into the routine of things where you are on a night game and have a pre-game schedule for your daily routine, so I was really excited to get back out there.” 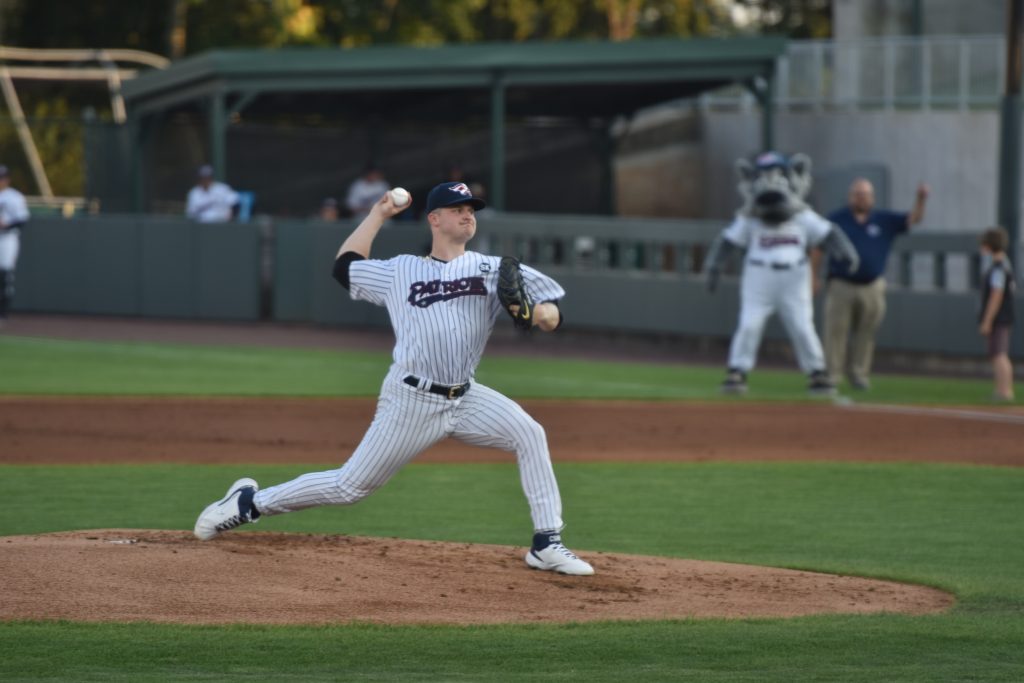 Schmidt was shut down in late-February with a strain in his common extensor tendon in his right elbow and is hoping to make it back to help the Bombers in their quest for the postseason. In three rehab outings between the FCL, Low-A and Double-A, Schmidt has tossed 8.2 innings and has allowed just two runs on four hits along with three walks and 13 strikeouts. Schmidt has missed the entirety of the season and while a rehab assignment after such a long layoff is generally approached like a spring training period, he realizes that every game is vital for the Yankees as they try to claw their way back into postseason contention.

“I would say probably a little bit more urgent than a spring training,” explained Schmidt. “For me I am a super, super competitive guy. For me I am trying to compete because I want to be able to have the same adrenaline that I would have in a normal outing. Obviously it’s different than the big leagues, but I am still going out there trying to get guys out and compete.”

The Bombers have battled injuries and Covid-19 cases over the last month and that has left massive voids in both the rotation and the bullpen. Despite being viewed as a premiere starting pitching prospect, Schmidt made his big league debut in 2020 and pitched out of the bullpen in two of his three appearances. Schmidt says that he is prepared to work in whatever role the organization deems a fit for him.

“I would one-hundred percent be comfortable coming in a relief role – however I can help the big league club,” said Schmidt. “I just want to get back up there; I’m itching to get back up there and help those guys whether it’s in the pen or starting.” 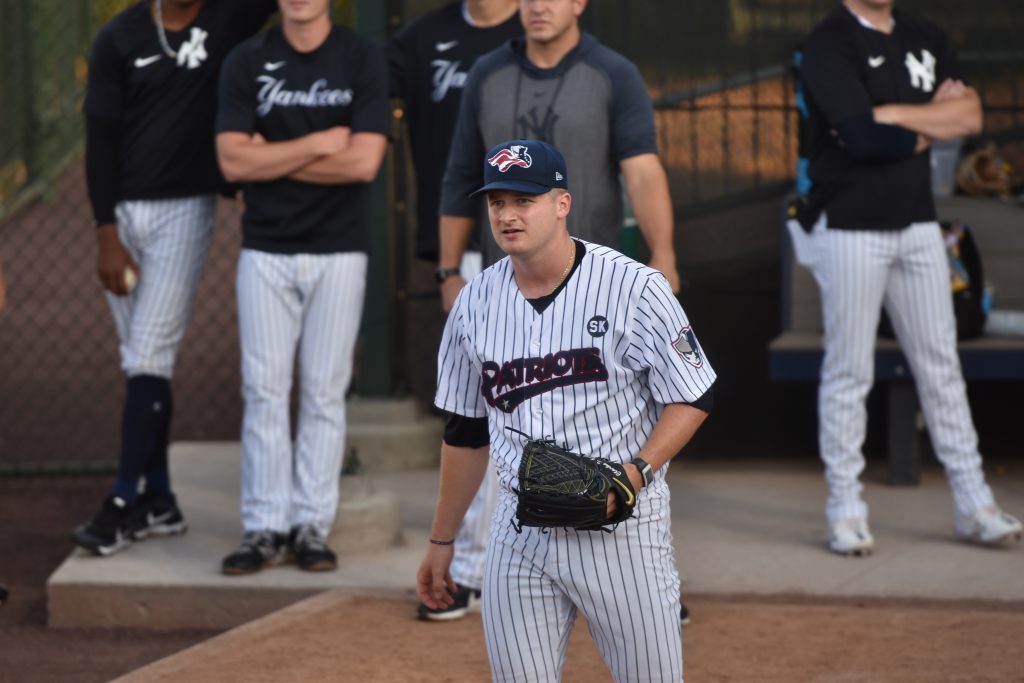 So, what’s next and where is it going to happen? Schmidt figures to need at least a few more outings to continue building up his pitch count and stamina before potentially trekking back up to the Bronx.

“I don’t know what the next move is or where I’ll be going,” admitted Schmidt. “I know that i’ll be throwing in five days again and that’s really all that i know at this point. I know that I am ready to go – I feel good. It’s one of those things where there’s a lot of moving parts obviously right now, as everybody knows with everything going on in the big leagues, and Triple-A and here. We’ll kind of brainstorm and talk with the guys; those guys that make decisions way above my pay grade, so we’ll get back with them and see what they want me to do next and go from there.”