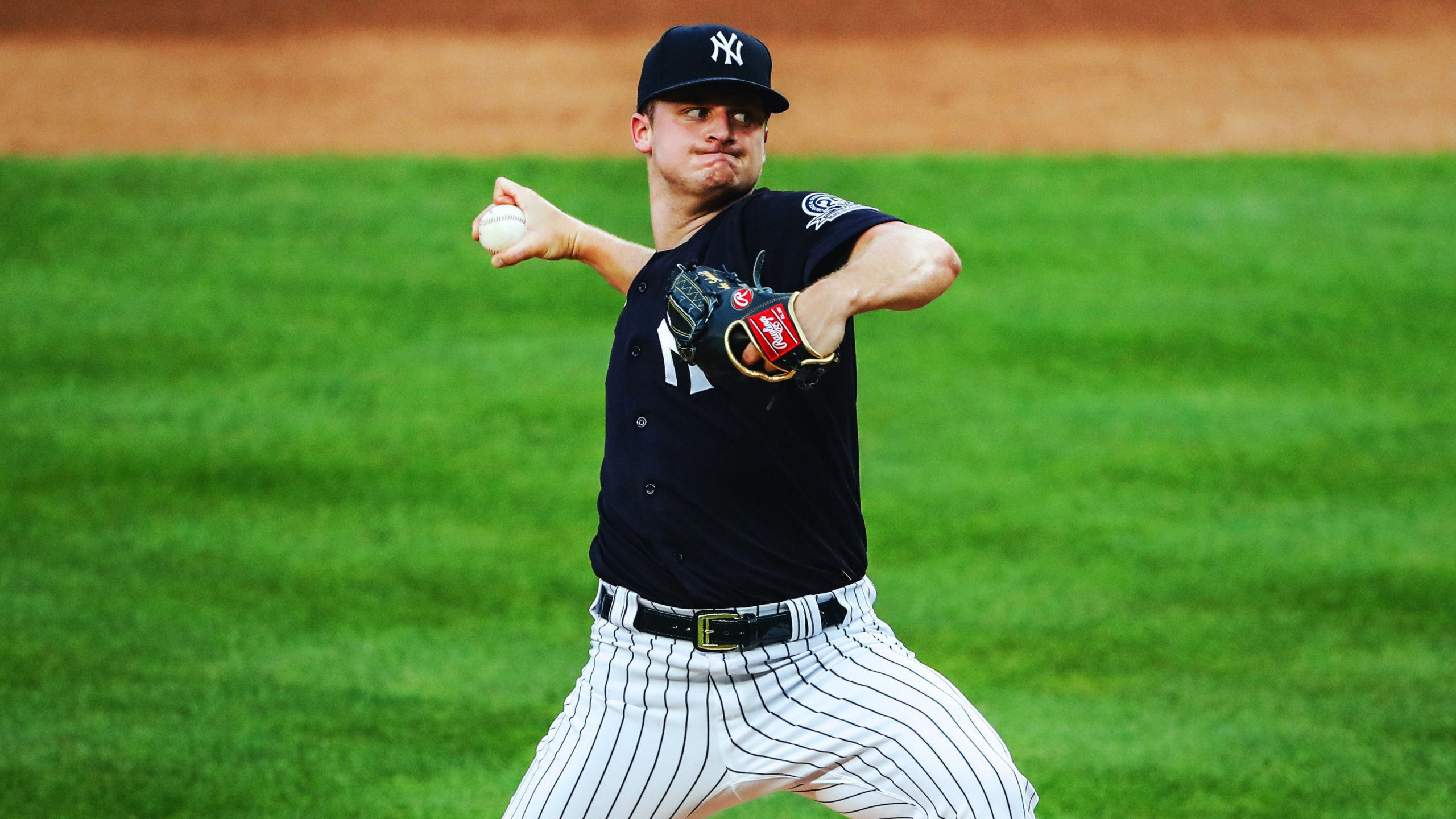 The New York Yankees announced today that right-handed pitching prospect, Clarke Schmidt, who was assigned today as well to the Yankees’ Taxi Squad at their alternating Spring Training site, is the recipient of the 2020 James P. Dawson Award, voted on by Yankees Beat Writers. The award is given each season to the most outstanding Yankees in Spring Training.

Schmidt made four official Spring Training appearances for the Yankees, including one start. He gave us just 2 earned runs over the course of 7 innings pitched and recorded eight strikeouts, posting an ERA of 2.57 in Spring Training.

Schmidt was selected by the Yankees in the first round (16th overall) in the 2017 first-year player draft. Schmidt entered the 2020 season being labeled by Baseball America as the Yankees’ No. 2 overall prospect. Baseball America also stating that Schmidt has the best curveball of all Yankees minor league pitchers.

The James P. Dawson Award was established in honor of James P. Dawson (1896-1853). Dawson began a 45-year career with The New York Times as a copy boy in 1908. Eight years later, Dawson became boxing editor and covered boxing and baseball until he passed away during Sprint Training in 1953.