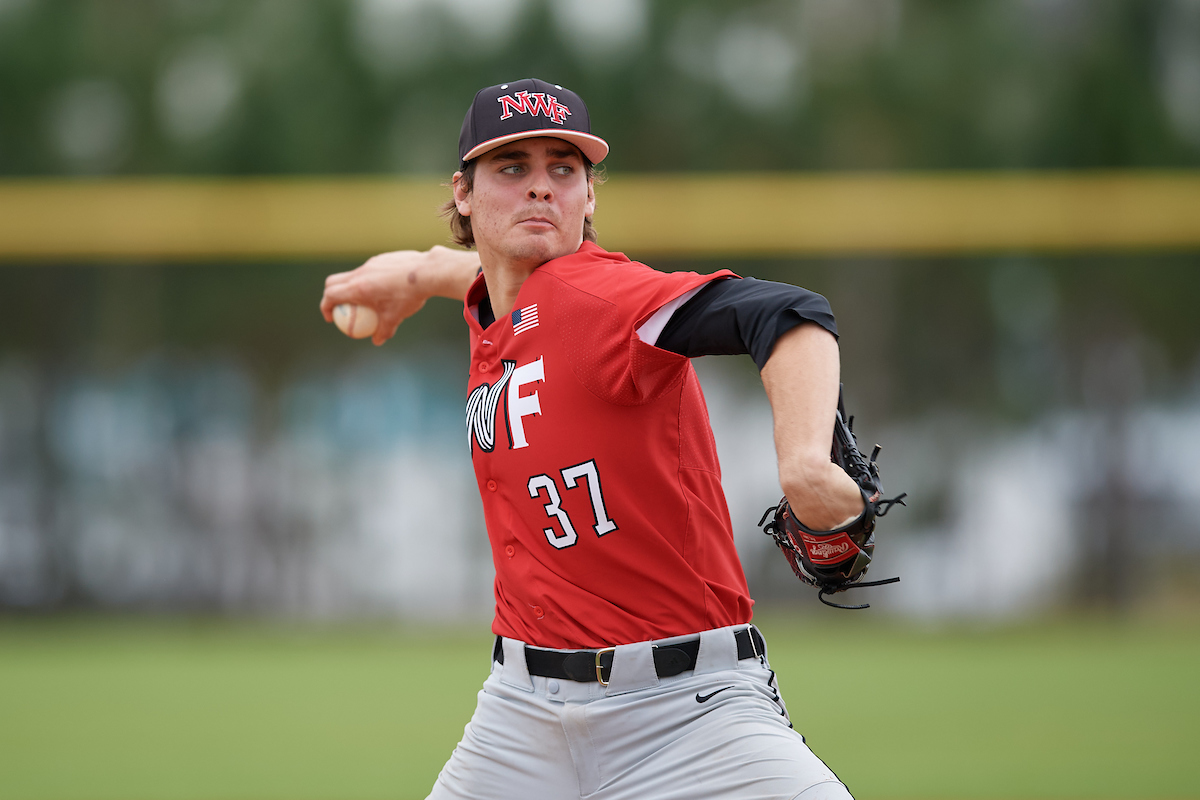 In our coach’s insight series, we tried to get more information about the 2020 New York Yankees draft picks and undrafted free agents from people who have coached them in college. Today, we take a look at the Yankees’ 4th Round pick, RHP Beck Way.

Way spent the 2020 season at Northwest Florida State Junior College after transferring from Belmont Abbey College (played there in 2018). In 7 starts this season before the COVID-19 pandemic, Way was 5-0, he allowed three earned runs, struck out 58 batters, and walked 9 over the course of 40 innings.

His manager for the Raiders this past year was Doug Martin, who has been the manager there for 13 years.This week, we talked to Martin about what stood out to him about Way as a player and person, improvements he has made to his game, the start that best highlighted him the most, and much more.

R: When you first recruited Beck Way, what stood out to you the most about him?

Coach Martin:  Right, well we had caught wind of him through some baseball people that had seen him in the Cape Cod League, so we followed up with that. We were given the evaluation that he had a really good arm, he had three pitches, and it just was kind of had not logged a bunch of innings in either at the college he was formerly at or up there, he was kind of a bullpen guy. So, but no doubt, the evaluation was a really good arm with good stuff. So for us, at our level, we take those things and we try to work with them and develop them. That was kind of the scouting report when we caught wind of him. The rest of this interview is exclusive to Pinstriped Prospects Dugout Monthly and Annual Members.  Monthly and Annual Dugout Members get complete access to scouting reports, interviews, and more all with limited advertisements on the website. Click here to sign up!