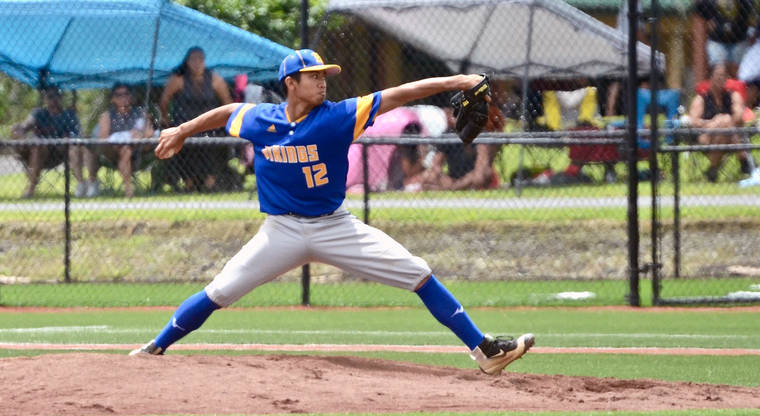 Our Coach’s Insight series is back as we continue to look at some of the New York Yankees 2020 draft picks and non-drafted free agents through the eyes of their coaches. Today, we take a look at RHP Ocean Gabonia. Gabonia only played part of the 2020 season at Everett Community College. In those 3 starts, he went 15 innings, allowed 4 earned runs, struck out 23 hitters while walking 7.

To learn more about Ocean, we spoke with his pitching coach for this past season, Zander Clouse. Clouse got into the development of Ocean’s offspeed pitches, the work he’s done in the weight room, and the flexibility of his mechanics and many more topics. Here is the interview below:

Ricky: When you first recruited him/watched his first bullpen session, what stood out to you the most about Ocean?

Coach Clouse: So it was definitely his electric fastball. I mean, very smooth and easy arm and just the ability to throw a fastball with command really early on. So, I think that he showed that and then the ability to also mix in a lot of other different pitches in the zone and just really compete, just how he took each day and was just competitive and trying to get better.

R: How would you describe his pitch arsenal? The rest of this interview is exclusive to Pinstriped Prospects Dugout Monthly and Annual Members.  Monthly and Annual Dugout Members get complete access to scouting reports, interviews, and more all with limited advertisements on the website. Click here to sign up!