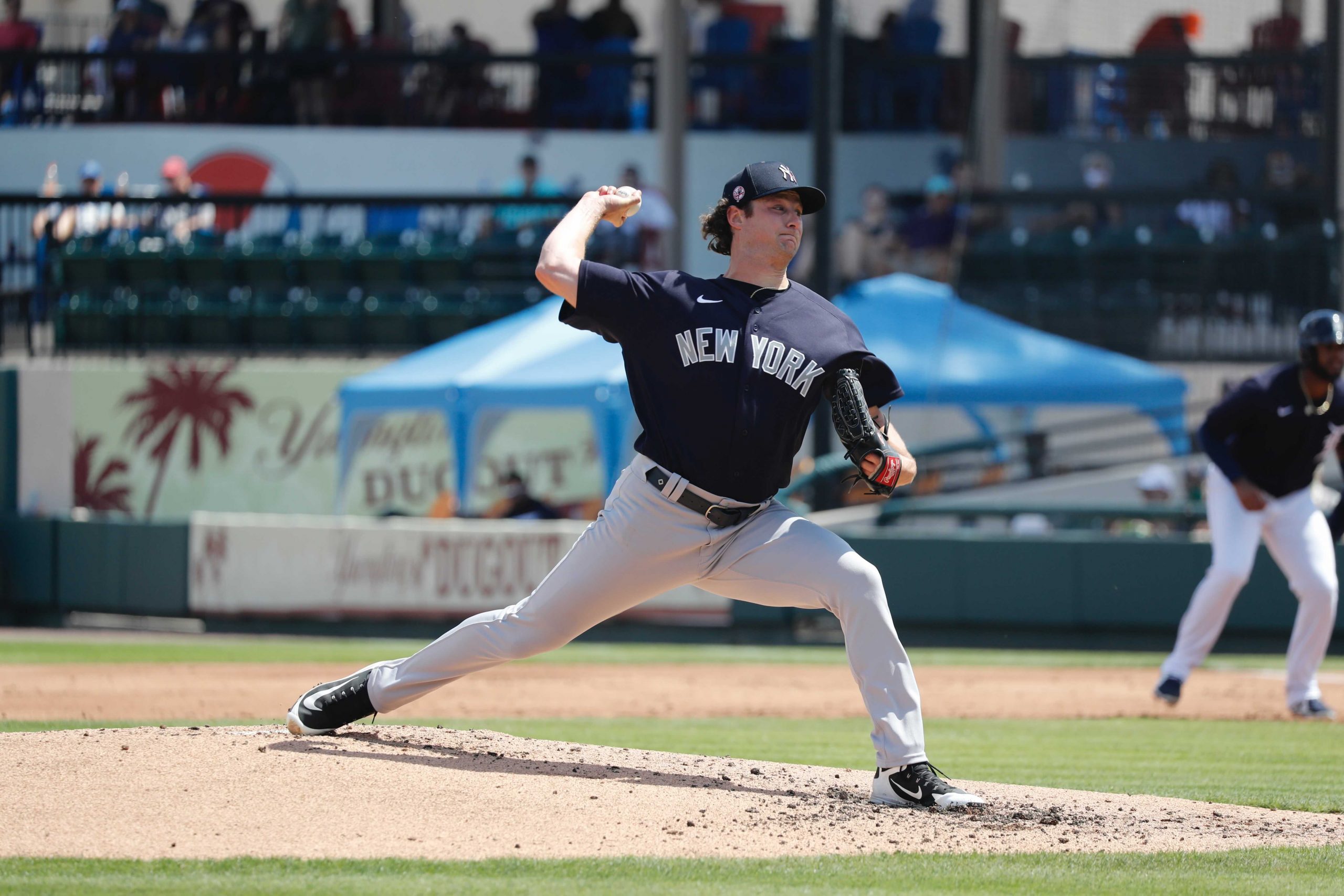 The last night game of the spring, last non-televised game of the spring, and last Gerrit Cole start of the spring all took place Friday night. While the result was a rather unremarkable 4-1 defeat at the hands of the Orioles, at this point in the spring, Yankees fans are all just hoping no further injuries are sustained. Cole looked great once again with no signs of any health issues, and that counts as a win.

Cole tied a nice bow on a solid Grapefruit League season with 5.2 innings of two-hit, no-run ball with five strikeouts. His latter two starts were certainly more effective than his first three, during which he gave up four of the five runs he allowed in total. No one is going to complain about 19 strikeouts against just three walks in 12.2 innings. Those are the numbers that mean something at this point in the calendar, not the ERA. Cole should be every bit the ace he was last year, and the Yankees can feel confident that they’re in good hands every fifth day, starting with April 1.

Things went considerably less well for New York’s relief ace. Chapman had logged four scoreless appearances with five strikeouts against just one walk before Friday’s disaster. He only retired one Baltimore hitter while giving up three hits, three runs, a walk, and three wild pitches before yielding to Nick Goody. A quick look at Chapman’s location chart reveals a pitcher who had absolutely no clue where the ball was going when it left his hand.

Aroldis Chapman had a pretty brutal meltdown on the mound tonight. Was all over the place and Gary Sánchez couldn't keep up with where his pitches were going. Three wild pitches and only got one out. Gary heard it from the crowd, who then booed Chapman as he came off the mound. pic.twitter.com/yuXD9BTFzr

The sequence of events: single, wild pitch, single scoring a run, double, wild pitch scoring a run, walk, wild pitch scoring a run, strikeout. Absolutely brutal. We’ve come to expect these lapses in command every now and again for Chapman, so hopefully it’s one of his classic meltdowns rather than an indication that something more serious is going on. For the most part, I’m hoping players see less time on the field down the stretch in Tampa. Chapman is the one major contributor from whom I’d like to see at least one more significant appearance.

Jorge López might not be winning a Cy Young award anytime soon, but he is a legitimate major league pitcher. Nevertheless, it was disconcerting to see a stacked Yankee lineup struggle so mightily against López and minor leaguer Tyler Wells. Through eight innings, all they could muster was a single from Gary Sánchez and a double from the suddenly hot Aaron Judge. Thanks to a Brett Gardner  double and a couple of groundouts, the Yankees pushed across a run in the ninth off Gray Fenter, another pitcher yet to make his major league debut. Isaac Mattson, coming on in relief of Fenter, struck out Andrew Velasquez with the bases loaded to extinguish the rally and end the ballgame.

The Yanks stay put and host Toronto on Saturday afternoon. It’ll likely be the final roster audition for veteran Jhoulys Chacin, who will face off against Anthony Kay.