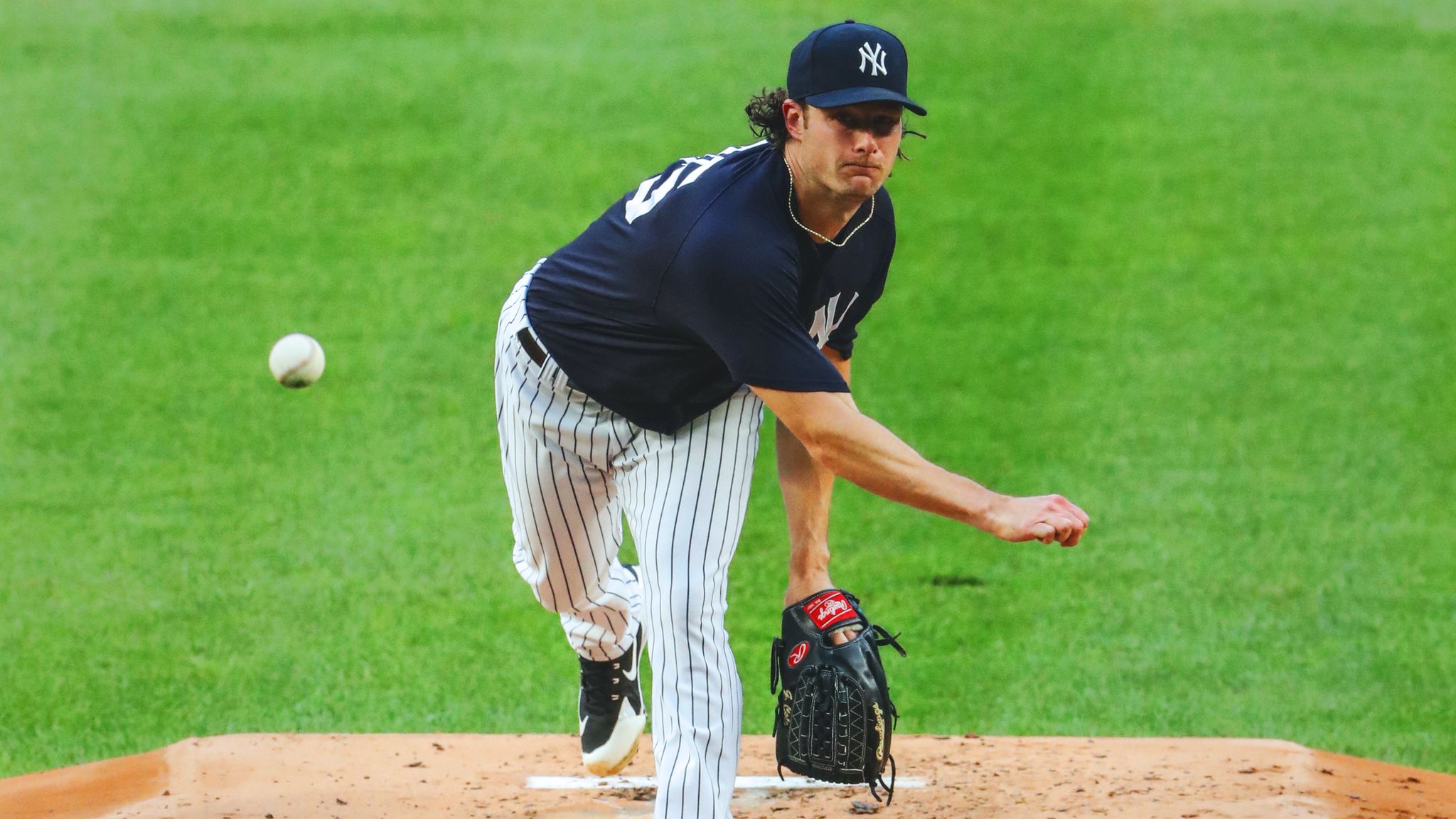 Gerrit Cole has gotten off to nothing short of a good looking start to his first year in Pinstripes. In three starts, he’s 3-0 with a 2.55 ERA and a 24% K% in 17.2 innings pitched. As far as expectations go, Cole has met them to this point. But it’s still worth trying to see if there’s anything interesting we can find looking as his early-season numbers.

Bear in mind, these numbers may not even be close to meaningless in the long run. Not only is it a shortened season, but there are no fans in the crowd. The opponents also do not vary as they do in a normal 162 game regular season. In fact, there’s likely to never be a time when the Yankees play NL East Teams at the rate they will play against them this season.

So, it’s hard not to be utterly pleased if we see Cole’s 3-0 start and 2.55 ERA  However there are some interesting numbers floating about Cole’s sabermetric baseball card. For one, his xFIP sits at 4.50 and his BABIP at a wildly low .163. Cole normally keeps his BABIP below .300 due to his strikeout ability, but .163 is surely not a feasible full-season number.

Cole has also lost some spin on his fastball, although it may not be enough to even be considered relevant. But it’s worth noting that the average spin rate on his fastball last season was 2,530 rpm whereas it sits at 2,499 so far in 2020. In fact, spin on all of his pitches is down ever so slightly.

While he has not even touched 20 innings pitched and these numbers are likely to level off, it’s interesting to see considering that, while he has been very good, he hasn’t appeared dominant. For example, Cole is worse this year than last in Exit Velocity (91 MPH), xwOBA (.292), Barrel % (8.7), Launch Angle (20 degrees), and xSLG (.435). In fact, the exit velocity, launch angle, and barrel % are among his career worsts in those categories.

Cole, though, is still sitting at a .195 expected Batting Average. But it’s hard to overlook that he’s being hit hard and allowing more contact than usual. In fact, he’s being hit harder than he ever has been in his career. So, what gives? It’s certainly hard to tell. One possible explanation is that he is tipping his pitches.

It wouldn’t surprise me if Cole lost some fluidity in his windup, due to the lockdown, that hitters are exploiting. After all, he is one of the best pitchers in baseball, and also the highest-paid one, and thus gets a lot of watchful eyes on him. If you’re hard to beat, teams will find things to use against you. The dip in his fastball velocity isn’t enough to convince me, so I’d assume there may be some pitch tipping happening.