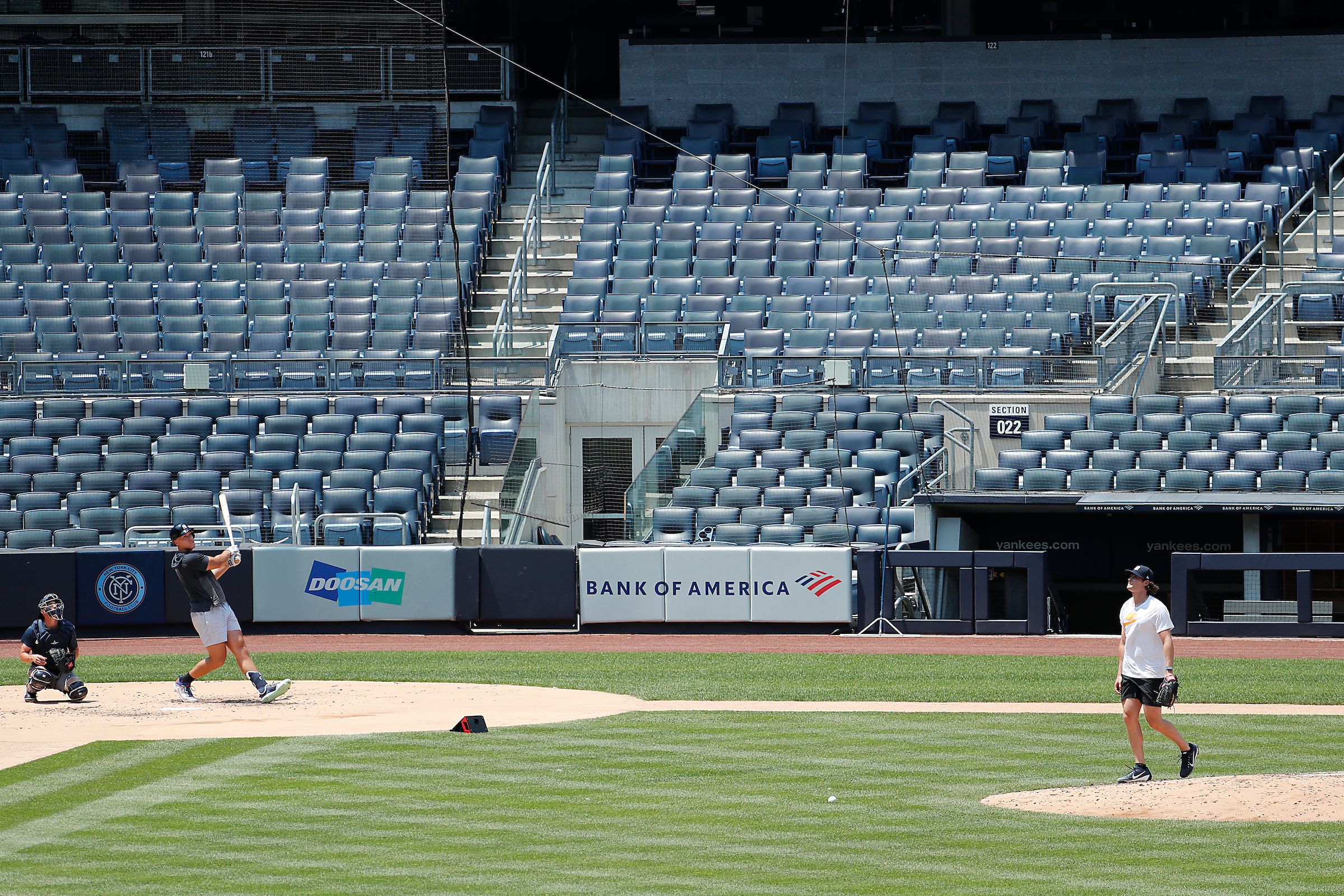 In this wacky version of an MLB season, we are approaching the August 31st Trade Deadline. Now, what makes this trade deadline so intriguing is the new playoff format. Seemingly every team in the MLB makes the playoffs, and it has opened the door for teams to go for it.

A good early example of this might be the Philadelphia Phillies. They recently acquired Brandon Workman and Heath Hembree. What they gave up in return has many around the League saying overtly that it was a great haul for the Chaim Bloom run Red Sox.

But that is the Phillies, a team that probably feels a mixed bag of emotions this season. Desperation, despair, hope, and maybe even a bit of confidence. After all, the Phillies are last in the NL East at 9-14, but still have a realistic chance at making the playoffs with the new format. In fact, the last place Phillies are a good case study for why the MLB made this move to a new format, to create more buyers at the deadline (aside from the TV revenue, of course).

But now we have to think about the Yankees, especially in the context of this season. Here’s a team that has been, again, decimated by the injury bug. Gleyber Torres, Aaron Judge, DJ LeMahieu, Giancarlo Stanton, Zack Britton, Tommy Kahnle, Luis Avilan, Kyle Higashioka, and James Paxton are all part of the Injury Laundry List for the 2020 Yankees.

But unlike the Phillies, who see an opportunity in a whacky season to make a desperate move on their 36% playoff odds, the Yankees are practically a lock to make the Postseason. If they lose the rest of their games, maybe they won’t make it.

The point is, though, while making a move at the deadline may seem like a necessity for the Yankees, is it really? Most of the players on the list mentioned above, outside of Kahnle, Avilan, and maybe Paxton, will return to play.

So if the Yankees were scuffling and in need of a boost in their Playoff Odds, then I would understand the scramble to add a right-handed reliever, one more starter, or a utility infielder. In fact, in a normal season, I think that they would. There’s actually a solid market of right-handed relief pitchers available that the Yankees would likely love given the right price.

For example, Mychael Givens, Trevor Rosenthal, or even Ken Giles might just be a few. And as for what I view as the team’s biggest weakness, the lack of an everyday utility infielder, players like Tyler O’Neil or Brock Holt may be sound additions. Holt likely makes more sense, as he was recently Designated for Assignment by the Brewers, and likely wouldn’t require giving up much or anything. However, that would require the Yankees to DFA a player of theirs, which is like a trade-in itself. As for starting pitching, players like Steven Matz and Matthew Boyd stand out as serviceable options in the rotation.

But why risk anything? Why, as a team practically locked to get into the Postseason, would you give away assets during this season? For all we know, it could be locked up and thrown away at any second. Why risk a new acquisition contracting Covid-19 this late in the season, which would require at least two weeks of separation from a new team in a new city. Add on top of all this the natural asterisk next to a championship this year and the lack of fans coming to games, and is it still worth it?

The way I see it, the Yankees will be healthy when most needed. Gleyber Torres, Giancarlo Stanton, Aaron Judge, and DJ LeMahieu should be in the lineup come October. As for the bullpen, it’s still very good despite its losses. Chad Green, Zack Britton, Aroldis Chapman, Adam Ottavino, Luis Cessa, and Jonathan Loaisiga is nothing to scoff at. And the rotation will likely have Cole, Tanaka, and Paxton. Any addition to the rotation, like a Boyd or Matz, will require giving up fairly legitimate assets.

With all of the injuries, it’s easy to say the Yankees need to make a move. But the reality of it is, the injuries are for the most part temporary. The Yankees will make the playoffs, and the Yankees will have a legitimate chance at winning the World Series. That chance will be legitimate with or without additions at the deadline. So perhaps the risk you run making deals in this type of season is not worth the reward.

Now, this is all not to say that the Yankees are a perfect team and don’t need to add anybody. They certainly do. If we compare them to the Dodgers, for example, the Yankees’ lack of depth sticks out like a sore thumb. In order to truly become the best team in baseball, the Yankees need an Enrique Hernandez or Chris Taylor. They need players that can play any position and play it well. It’s something they lack big time. But unless you can sign a type of player like that, such as a Brock Holt, they are not cheap. So in any other season, I’d say go for the extra reliever. Get another rotation arm, make a deal for the Tyler O’Neil’s of the world. But this year, I don’t know how eager I would be to do so.