Back in November, the Yankees hired Tanner Swanson as the team’s catching coordinator and quality control coach. Swanson was a rather successful Minor League catching coordinator for the Minnesota Twins in 2018. In many ways, this hire feels like a last-ditch effort to right some of Gary’ Sanchez’s struggles behind the plate.

The complaints in regards to Sanchez’s defense grew when his blocking, or lack thereof, reared its ugly head. In 2017 Gary allowed 16 passed balls in 104 games as a catcher, tied for the most passed balls alongside Yasmani Grandal. It was his rookie season, so we could look away. 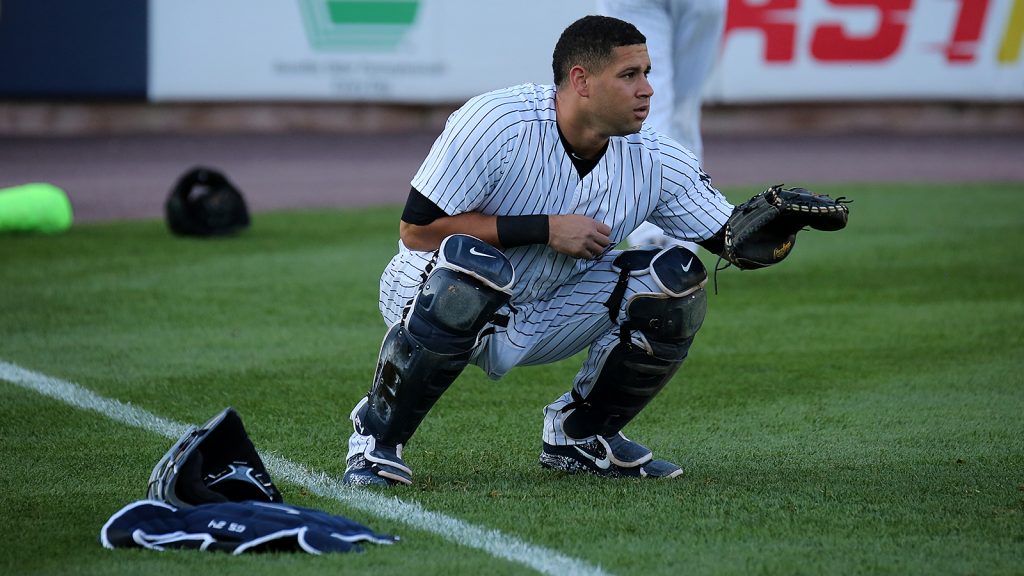 Not so fast. While Gary had a problem with passed balls in his first two seasons, his framing was still solid. In 2018, for example, he was 2 runs above average with 2.6 framing runs saved.

However, in 2019, when he bettered his blocking ability, he plummeted to -6.8 framing runs saved (8th worst in the league). Now what the Yankees hope Tanner Swanson can do is get him to be better at both simultaneously.

Swanson, undoubtedly, has had success helping catchers with framing in the past. For example, Twins catcher Mitch Garver struggled mightily with framing in 2018, posting -9.2 Framing Runs Saved.

That was bad enough to be in the bottom five for catchers that season. The next year, with Tanner Swanson as his catching coach, Garver improved to .2 Framing Runs Saved. That is, by all accounts, not just by accident.

If you want more proof as to that not being a fluke, take it from Mitch Garver himself, who said: ” “It’s the only reason I’m still catching, really” (FiveThirtyEight). Garver was a league-average hitter, to begin with, but the improvement he made defensively made him one of the seven most overall improved MLB players in 2019.

Swanson did not play catcher in college, and he did not coach professionally before joining the Twins in 2017. Before the Twins, he coached for six years, primarily working with catchers at the University of Washington and Santa Clara University.

Travis Sawchik’s FiveThirtyEight article also notes that Swanson, because he never played catcher, was able to coach burden free of any inherent biases that a career catcher may have. For instance, to aid in pitch framing, Swanson employs weighted balls in drills so that, when regular balls were used in a game, a catcher’s hands would be stronger and more ready to receive and deceive. Weighted balls have traditionally been viewed as a pitching coach’s tool.

But one of the most significant changes that Swanson had Garver make was going lower in his catching stance, basically employing a one-knee type catching technique even with runners on base. This made it easier for him to track and frame balls that come through to the bottom of the strike zone. For the most part, this has been historically viewed as an undesirable catching technique, especially with runners on base. Swanson changed that (FiveThirtyEight).

Historically catchers have been taught, mostly when runners are on base, to sit higher to position themselves better for throwing out a runner or blocking a ball in the dirt. But Swanson argues that rarely do runners try to steal and only a fraction of the time do balls go in the dirt. Sawchik found that Statcast data shows catchers receiving less favorable calls when runners are on base (this changed when Swanson came around for the Twins). We can think about this intuitively.

When you are sitting higher up as a catcher, anticipating a stolen base, you have more of a tendency to stab at a ball that’s on the lower half of the plate. We have seen Gary do this a lot. In a higher up stance, he tends to just flail at the ball sometimes.

In all of the below videos, Statcast has classified these pitches as strikes. The pitches are in quadrants 7,8, or 9 of the strike zone. What I notice with Gary is, though, that he gets down low, sometimes, even with runners on base. His bigger issue seems to be with his hands. Nonetheless, he is upright on some of these as well, and you can see it harming him.

As you see in the video, Sanchez makes this pitch look like it was in the dirt even though it was in the lower part of the strike zone. 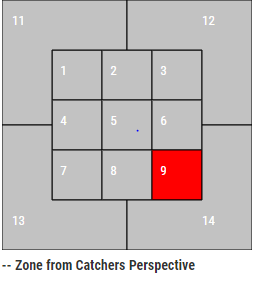 In Video 2, Gary is so upright that he cannot get down enough to corral the ball and frame it on the outside corner. He is also off-balance on this pitch. 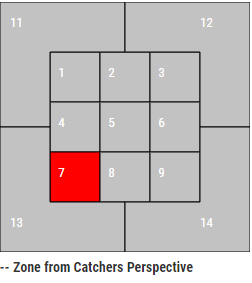 In Video 3, Gary stabs at the breaking ball down and into Jackie Bradley, rather than keeping his hands firm and in the zone. He is coming down so quickly on it that he makes it impossible to frame. 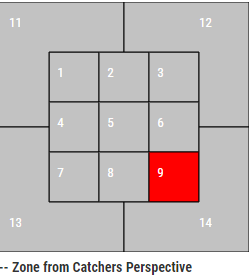 In Video 4, Gary frames the pitch but almost too aggressively. The key to framing is being so subtle that the umpire can’t even notice. But his hands are clunky here. 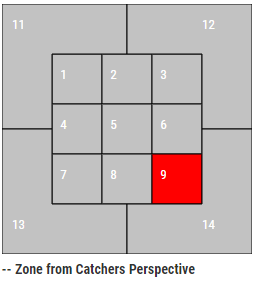 In Video 5, Gary flails at the ball, over extending his reach and not getting the call on a fastball that should have been a strike. 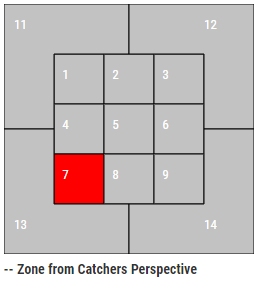 There are more clips that are just like these five. If you want, I recommend using Statcast Search to break down what scenario you want to look at. They make it very easy for fans.

The bottom line is Gary has had struggles forever, whether it be with framing or blocking, behind the plate. That is why I think the Yankees are turning to Tanner Swanson as a last ditch effort to see if Gary can be a good everyday defensive catcher. The Yankees may say they trust Gary, but this season is going to be the real test as to whether or not he will stay behind the plate.

If he can turn Mitch Garver from God awful to solid in less than a year, then I have little reason to believe he cannot do the same with Gary Sanchez. Assuming Sanchez improves on his defense and continues doing what he’s doing at the plate, he has the potential be one of the best overall catchers in the game. Maybe even the best.