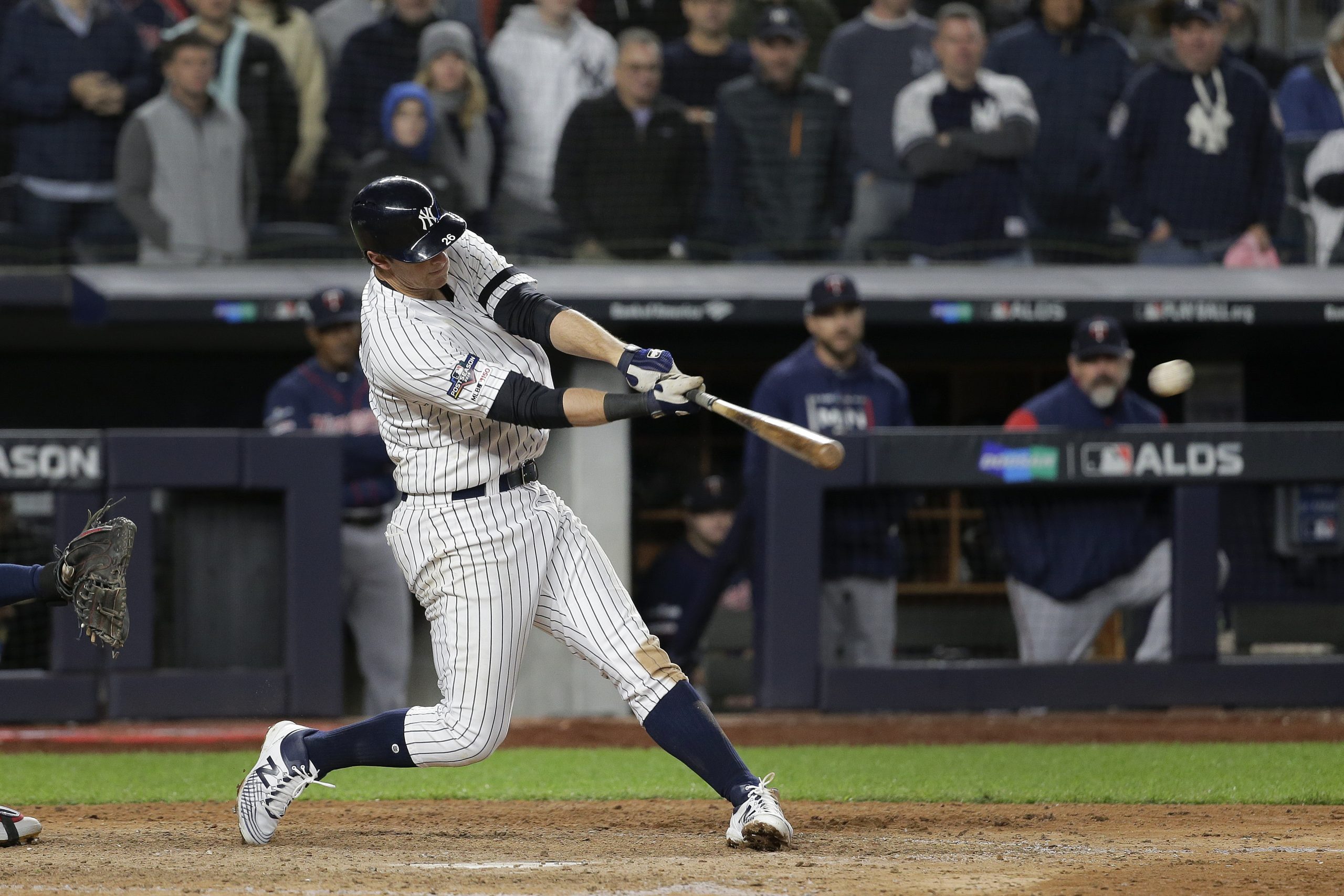 As the season rolls on, more and more players will likely test positive for Covid-19. So far for the Yankees, D.J LeMahieu, Luis Cessa and Aroldis Chapman have tested positive. I wrote an article last week about some young arms that may get an opportunity this season prior to Chapman’s positive test. Those opportunities now seem more realistic.

For today, however, I’m going to focus on possible replacements for D.J LeMahieu at second base. While DJ may not miss any time at all, the possibility of him missing time raised some questions about 2nd base depth for the team.

If DJ were to miss time, it would likely be a combination of players filling in on different nights. Recently, reports indicated Tyler Wade as being the sure fire replacement. Wade, though, has never had any real success at the plate on the Major League Level. He has amassed a career -0.7 WAR and has not sniffed close to a 100 wRC+ in a season. Just last season, Wade slashed .245/.330/.362 with two home runs in 108 plate appearances. In my opinion, he doesn’t have the pop to be an everyday replacement id DJ were to miss time. Some reports do have Wade as coming into this season as a bit bigger. If that’s true, we’ll have to see how that plays out for him in the box.

On Tuesday, however, we learned that Gio Urshela took some reps at second base. Even if this was just a version of Summer Camp experimentation, keeping Andujar, Urshela and Torres in the lineup at once if DJ were out would be a plus offensively. In this case, Andujar could play third base, Urshela could play second and Torres would stick at shortstop. While this would be as close to a disastrous defensive infield as you could get, it’s something that could become a reality for a couple of games. The Yankees don’t seem to be in love with Wade’s bat after all.

Thairo Estrada could also play a role at second base if ever needed. Estrada has had his share of success in the Minor Leagues as he slashed .301.353/.391 with Trenton in 2017. Estrada sat out most of 2018 due to an injury suffered via gunshot wound, and then got his first MLB chance in 2019. He actually performed well. In 35 games he recorded 16 hits, 3 doubles, and 3 home runs. More importantly he played in 164 innings, 105 of those being at 2nd base without any errors.

Even now Estrada is having success. In 4 scrimmages he is the team leader in home runs with 3. The Yankees are a team that values the ability to hit the ball at the Major League Level, as most MLB Teams are. Tyler Wade, while seemingly the obvious second base fill-in, has not proven himself to be a Major League Hitter. Thairo Estrada, though, has proven more competence at the plate than Tyler Wade.

We also can’t forget about Matt Duffy, who the Yankees picked up specifically because he can fill in where needed. He might actually be the starting second basemen in the opener, though I’d like to see Thairo get a chance.

I think for defensive purposes, the Yankees would put either Thairo Estrada or Tyler Wade at 2nd base if DJ were to be forced into missing time. Ultimately, my belief is Estrada will alternate to some degree with Urshela and Wade at second base depending on matchups. In a shortened 60 game season, every game matters so much more. With that, you might see teams being more unorthodox than usual, and I could see the Yankees doing that with how they’d approach filling a hole at second base.