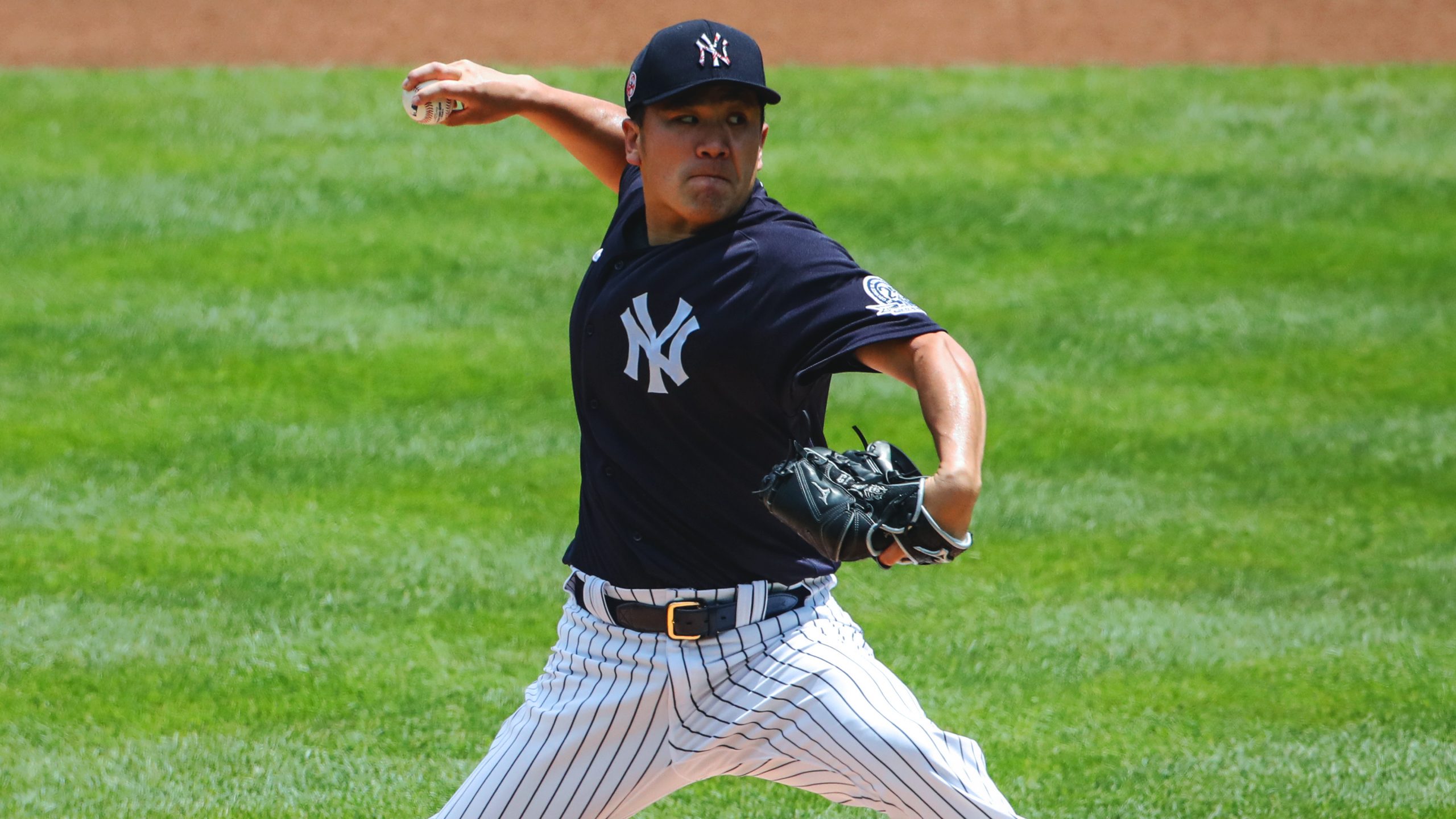 It seems to have been the story of the Yankees for years, that starting pitching has always been their undoing. Now, this might be hard to believe. After all, the Yankees inked Gerrit Cole to a 9 year $324 million contract prior to the 2020 season. But as we head into the 2021 season, there are more questions than answers.

Masahiro Tanaka, J.A Happ and James Paxton are free agents, and Luis Severino likely will not be back until at least July.  If we take a glance at the current Yankees rotation pitchers it’s Gerrit Cole, Jordan Montgomery, Deivi Garcia, Michael King, Domingo German, Clarke Schmidt and Luis Severino.

If we were to make a starting rotation out of these names, it would likely be Cole, Montgomery, Garcia, German, and maybe Schmidt? It’s hard to tell who will fill the role in Severino’s absence, and we don’t even know if Domingo German will be in the rotation either.

A key takeaway, nonetheless, is that the Yankees need starting pitching. The addition of a pitcher like Drew Smyly would have been on brand, but he received $11 million from the Braves. Robbie Ray also could have been a solid option, but it was surprising to see the Blue Jays give him $8 million. Even Kevin Gausman would have been a possible add, but got a huge payday from the Giants.

It’s surprising to see pitchers who seemed set to get low-ball offers actually receive solid amounts of money. For the Yankees, though, that probably is not the best news. What I imagine the Yankees will have to do, then, is perhaps bid a bit higher than expected for some of the arms on the open market. Below are a few potential options.

Chatwood, whose three-year contract with the Chicago Cubs just expired, was having a solid 2020 season until it was cut short by a forearm strain at the end of August. In 5 starts, he posted a career high 29.1% K%. For most of his career he has hovered below 20, so that increase is rather significant. He is also consistently at the top of the leaderboard every season in fastball and curveball spin.

Although it’s hard to understand, if Chatwood was striking out batters more, why he got hit harder. If I had to guess, what he is trying to change is currently a work in progress. Chatwood practically abandoned his fastball in 2020, throwing it just 7% of the time as opposed to 31.7% in 2019. He made up for that by increasing his cutter usage 20%, as well as a continued uptick in his sinker usage.

Long story short, though, any pitcher with the spin rate expertise of Chatwood is worth considering. Once you have the spin rate, there are changes that teams can make to utilize that spin in the best way possible. Because Chatwood is coming off of an elbow/forearm injury, there is a chance he could be picked up at a bargain.

Believe it or not, Masahiro Tanaka and Mike Minor are the same age. Crazy, right? Outside of age, though, Minor might be the innings eating cheaper option that the Yankees are looking for in their rotation. Everyone remembers Minor’s 2019 season, when he recorded a 3.59 ERA in 208.1 innings pitched. Unfortunately for him, Minor followed up that campaign with a bit of a dud (results wise) in 2020. Minor’s ERA ballooned to 5.56 in 2020. He also got hit harder, allowing the highest Hard Hit % of his career at 40%.

There were reports of the Yankees “checking in” on Walker prior to the 2020 Trade Deadline, so it would not surprise me if the Yankees do the same this offseason.

Walker was, though, a beneficiary of some good luck. His BABIP sat at .243 (whereas .300 is about average) and his xERA was 4.87. So, wherever Walker goes, he is unlikely to replicate his 2020 season. That does not mean, though, that the Yankees should not consider adding him as an arm.

It’s actually a positive that he’s already had Tommy John, and he is still only 28 years old. While he does not strike out many batters and got rather fortunate in 2020, he still has the capability of drawing soft contact and being a solid rotation arm on the right side of 30. MLB Trade Rumors predicts Walker to receive a two-year $16 million contract.

Odorizzi had his 2020 season cut short, throwing only 13.2 innings before being sidelined with a blister related injury and a line drive to the chest off of the bat of Alex Gordon. The 30-year-old put together a really good campaign in 2019, though, with a 3.51 ERA and a 27% K% (a career best). Through limiting the long ball, limiting walks, and increasing his strikeouts, good numbers followed.

The downside with Odorizzi is that he is not an innings eater. He has only thrown more than 170 innings once, and it’s been four years since he has threw at least 165 innings. He would, nonetheless, be a reliable starter every fifth day alongside Gerrit Cole. And while he may not go seven innings, he can still be trusted to get through a season outside of some whacky injuries. MLB Trade Rumors predicts Odorizzi will receive a three year $39 million contract.

Much like Taijuan Walker, Garret Richards showed up in 2020 with a resurgent season after recovering from Tommy John Surgery. He posted a 4.03 ERA in 51.1 Innings Pitched. He also got a bit fortunate in a contract year as well, as his xERA for 2020 was 4.55. But that’s nothing too ridiculous, and not nearly as wide a gap as Walkers xERA-ERA.

Richards is also, much like Chatwood, a spin-rate lovers dream. In 2019 he averaged 94.9 MPH and 2,673 RPM. In 2020 he averaged 95.1 and 2,626 rpm, good for the 97th percentile. He also has had the 19th best spin rate on Sliders from 2019 to 2020 and the 2nd best spin rate on curveballs over that same time period. One thing to keep in mind, especially with Richards, is that not all spin is created equal. Richards creates a lot of “Gyro” Spin. You can think of Gyro spin as the type of spin a bullet has when shot out of a gun. It’s an incredibly high spin rate, but does not lead to much movement other than absolute straightness.

That’s why when younger players have a high spin rate, it’s a chance for development coaches to harness that ability. They can take a young pitcher with a generally high spin rate and work on it to make it more useful (or lead to more movement). It takes time to do that. So, with a pitcher such as Richards that has had a high gyro spin for basically his entire career, it’s hard to believe that he can do anything to materially improve his transverse spin. My guess is that teams have tried to do that already and have not been successful. Nonetheless, there is always a chance that he can improve and, even without improving his meaningful spin, still be solid.

MLBTradeRumors predicts that Richards will get 2-year/ $16 Million. For a player with his raw ability and a 95 MPH average fastball, that’s not so bad.

As we’ve learned from years past, Brian Cashman has a propensity for finding diamonds in the rough. While losing Tanaka and Paxton may seem like a bad thing, it actually opens the door for the Yankees to get creative. I wouldn’t be surprised if we saw one of the names on this list in the Yankees rotation come April 2021.