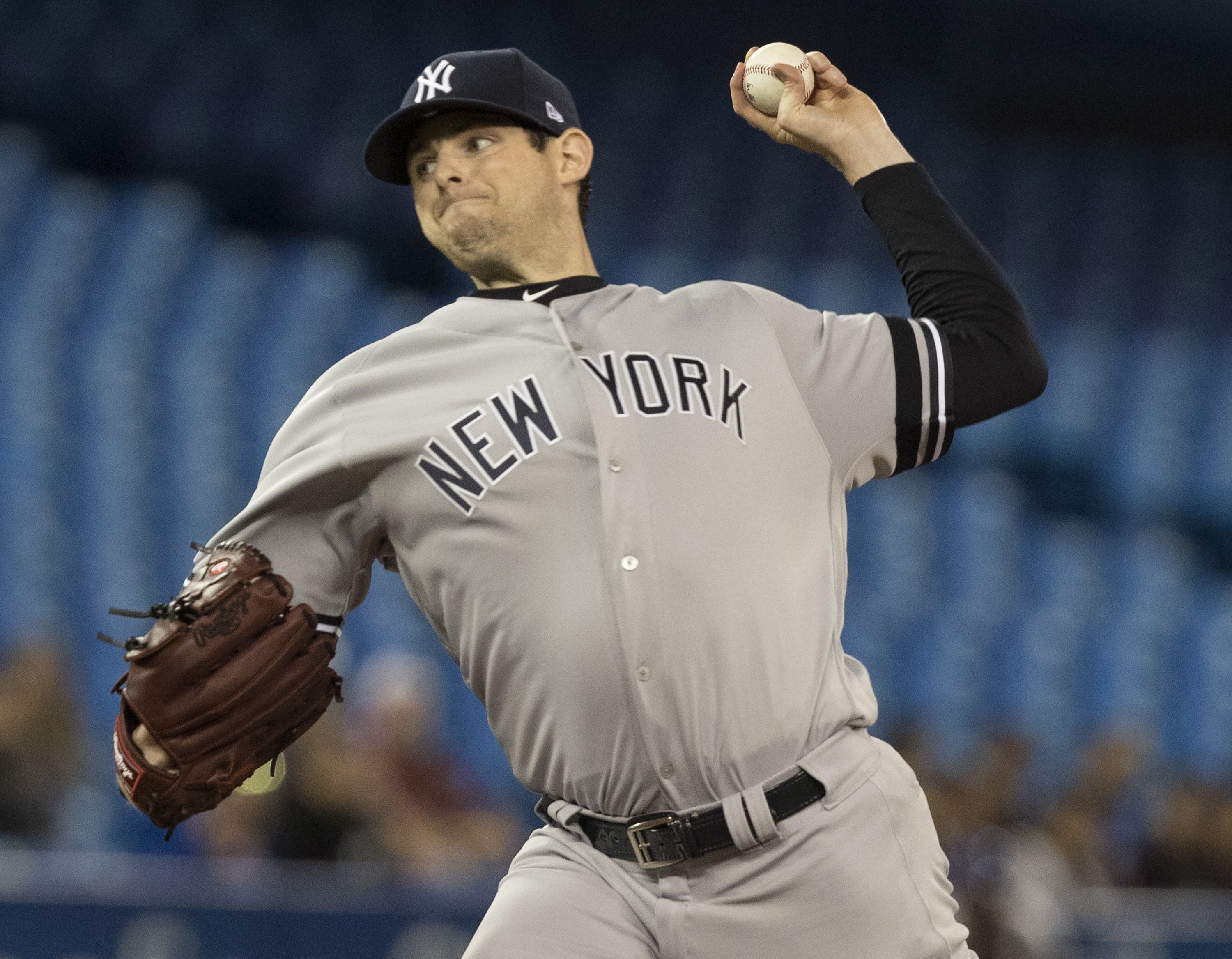 Injuries have been a huge issue for the New York Yankees this season, but lately, there has been some good news as three arms returned from the injured list.  Left-handed pitcher Jordan Montgomery and right-handers Dellin Betances and Luis Severino have returned to the mound for the Bronx Bombers.  But bad news came after Tuesday’s game as Betances is once again on the shelf. 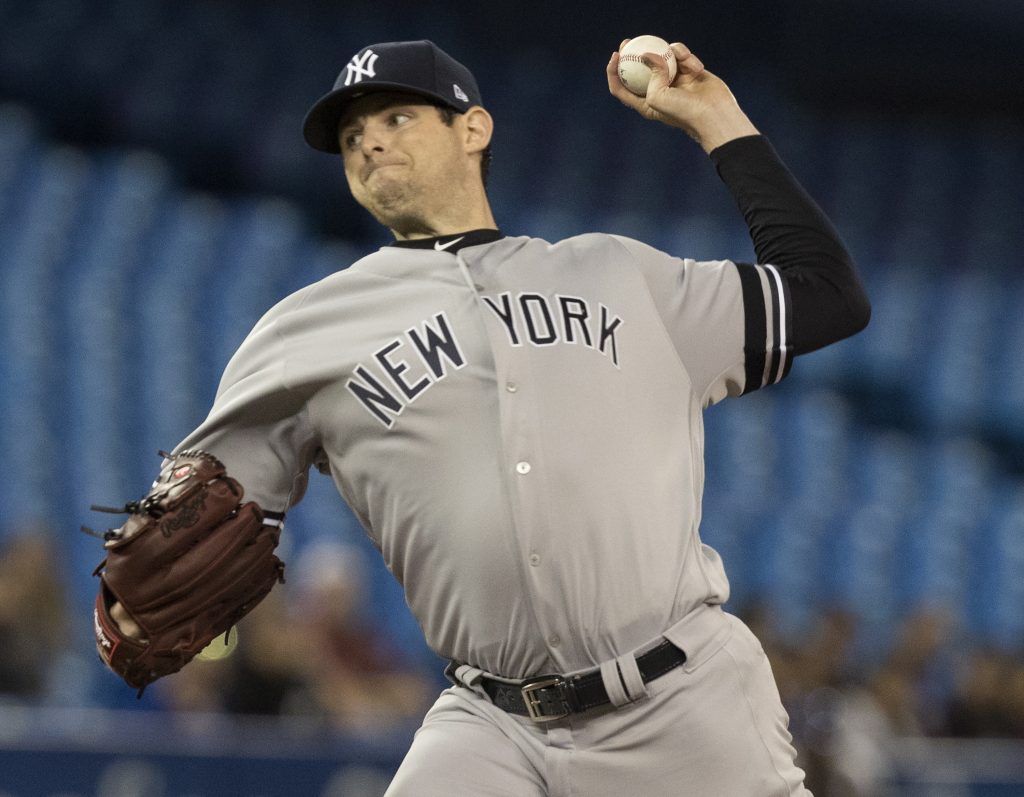 For the first time since May 1, 2018, Jordan Montgomery toed the rubber for the New York Yankees. Montgomery was out for about a year and a half while rehabbing off of Tommy John Surgery.

Nonetheless, Montgomery made his way back to the mound on Sunday. Unfortunately for him, that’s about all that was nice about it. In two innings pitched, Montgomery allowed 3 earned runs on 4 hits and a home run. He threw a total of 41 pitches over two innings and was able to strike out two.

Montgomery, though, is unlikely to play a huge role come October. So these are more developmental and “next-step” type appearances than usual. After all, what the Yankees need in the remaining weeks of this season is to stay as healthy as possible. that is about the only thing this team hasn’t been able to do this season.

Thus what having Montgomery does is provide some slack for the rest of the arms on the Yankees’ team. For instance, Chad Green may not have to throw as many innings leading up to October, where he will likely play a significant role. So, Montgomery might not play a huge role in the playoffs, but his role as an innings-eater leading up to October can be invaluable.

Another arm, a more pivotal arm than Monty’s, that had returned was that of Dellin Betances. Betances faced two batters and struck them both out in his first appearance of 2019 against the Blue Jays on Sunday. But he wasn’t burning a 98MPH fastball past hitters like we’re accustomed to seeing. Instead, Betances struck out one on a signature breaking ball, and another on a 95MPH fastball low and away. That fastball, though, looked a lot more like a cutter than a straight fastball. Perhaps that is something he’d been working on while rehabbing.

After the Yankees 8-0 win on Tuesday, however, it was announced that Betances suffered a partially torn Achilles tendon, ending his 2019 season. It is quite literally hard to believe how hard the injury bug has struck this team. What’s even harder to believe, is that they have the best record in baseball in spite of it.

Aside from the issues that this causes for the Yankees, you can’t help but feel terrible for Dellin Betances. This is a young man that had been rehabbing all season to play a big role in the playoffs, and you hate to see any player get stripped of that opportunity.

Before news broke that Betances suffered a season-ending surgery, the Yankees had been feeling encouraged by yet another return of a Yankee arm. This time, it was Luis Severino. Severino went four innings, giving up two hits while striking out four and walking two. It was especially encouraging to see him work out of trouble in the first inning when he allowed the first two batters on before settling down and hanging a zero.

Severino also appeared to locate very well. His fastball, especially on a flyout off of Albert Pujols‘ bat in the fourth inning, was located right on the inner half at 97 MPH, an awfully difficult pitch to turn on.

He struck out the first of his four victims on a 97MPH fastball that simply overpowered Jared Walsh, then got Luis Rengifo to swing and miss at a rather nasty slider that stayed down in the zone.

His third strikeout, against Anthony Beboom, came on a 97MPH fastball that was painted on the upper right corner of the strike zone. Finally, his fourth strikeout came on a perfectly placed 87 MPH slider down and away that got Andrelton Simmons lunging for strike three.

Severino’s performance was, without a doubt, encouraging. He looked confident on the mound and seemed to not be over-extending himself. Instead, he seemed like a more seasoned pitcher, one that was relying more on locating his pitches than trying to just overpower his opponent. For Severino’s first start all season, it looked as though he hadn’t skipped a beat.

That is not to say that Severino won’t run into any issues this season, or in the postseason. After all, the Angels lineup was incredibly weak tonight. Nonetheless, it was nice to see Severino looking confident and locating well as the Yankees roll towards October.