Coles: The Yankees' First Half By The Numbers 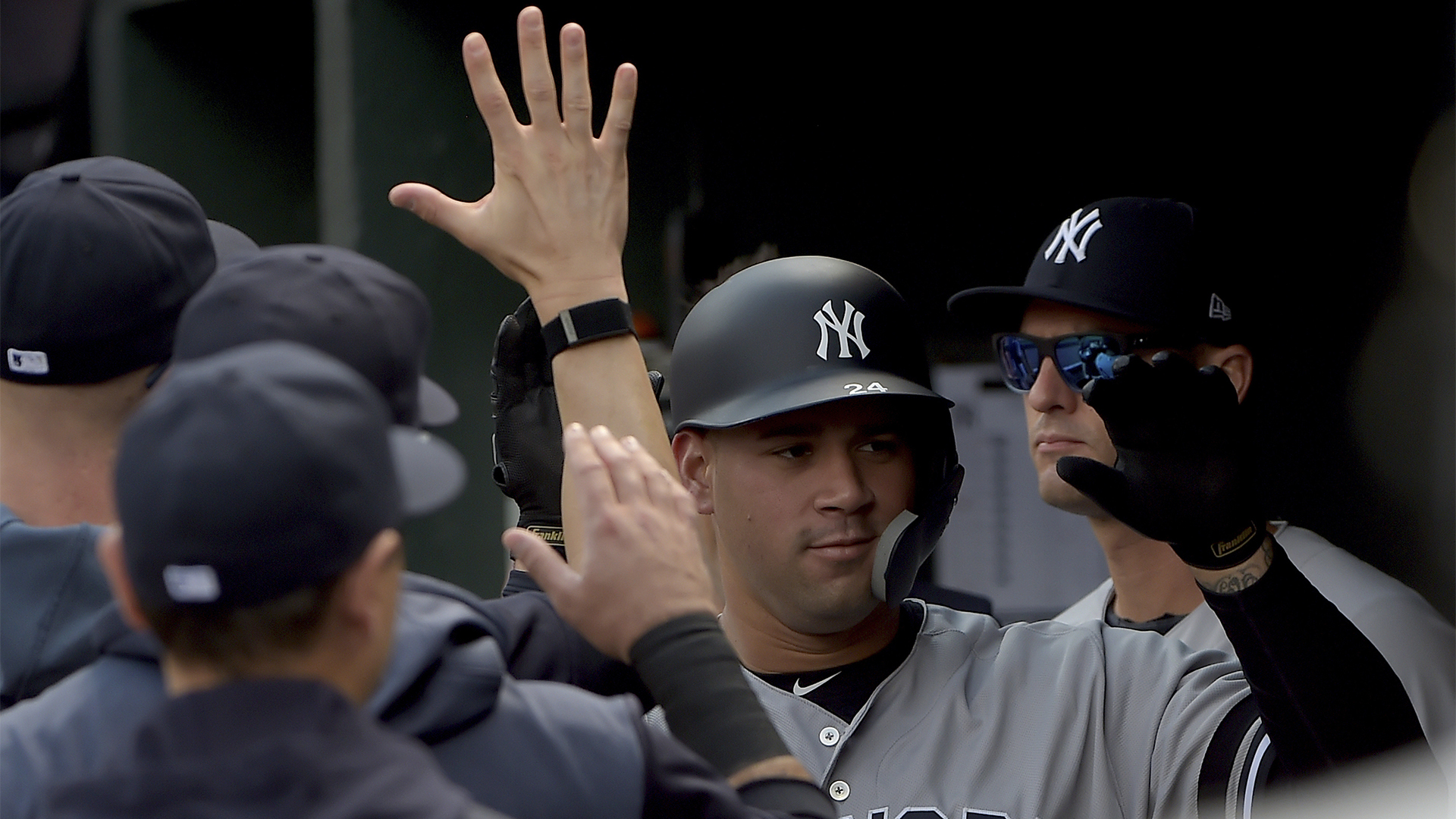 The New York Yankees will be sending five players to the All-Star Game in Cleveland, Ohio: Gleyber Torres, Gary Sanchez, DJ LeMahieu, Aroldis Chapman, and Masahiro Tanaka. When you think of the 2019 New York Yankees at this point of the season, the list of names that have contributed stretches far beyond those five. From the emergence of Gio Urshela when the Yankees were an infirmary in May, to D.J LeMahiue being the team’s MVP, to the lights out performances from Adam Ottovino out of the bullpen, this Yankee team has had contributions from just about everybody.

Despite dropping their last two games to the Rays heading into the All-Star Break, and actually missing a golden opportunity to seriously separate themselves from the pack, the Yankees are probably right where they’d hope to be. They lead the Rays by 6.5 games and the Red Sox by nine games in the AL East. At 57-31, the Yanks are projected for 101 wins, according to FanGraphs, and have an 87% chance of winning the division and a 99% chance of making the playoffs. Not too shabby considering there are still 74 games left to be played.

Putting this All-Star break lead into perspective, the Yankees trailed the Red Sox by two games in the division at this point last season. The Yankees would never be able to catch the Sox in 2018, and despite winning 100 games they would have to settle for the Wild Card. Now, they are the ones that are going to be chased the rest of the way, but with a 6.5 game lead and the second easiest schedule the rest of the way amongst division opponents, the Yankees have to like their chances.

Much of the Yankees success has come from their potent offense, and here’s a snapshot of many of the categories in which they are in the upper echelon:

They aren’t at the very top of any of these areas, but to be in the top six in ten crucial team batting areas is a sign that things are going right for this team. They are also third in the MLB in run differential with +113. Here’s a fun graph that shows where they stand in comparison to the rest of the league in that category: 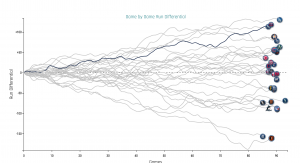 It’s hard to believe that the Yankees offense will be slowing down any time soon. What’s even scarier? They are at the top in many of these categories without even having their best lineup out there for much of the first two months. Coming down the stretch, assuming health is not an issue again, the Yankees shouldn’t have too many problems keeping it up.

The Yankees pitching, dissimilar to their hitting, has been more sporadic than one would like. Here’s a snapshot of where the Yankees stand in many of the main team pitching categories:

The Yankees are in the top ten of many of these categories, but where they struggle is with the long ball. They rank 25th in HR/FB% and 23rd in HR/9 (Yankee Stadium effect?). They also don’t do very well when pitching with runners in scoring position, as evidenced by the fact that they are 26th in the clutch category.

What if we broke this down even further into starting pitcher and reliever statistics? For starters (no pun intended) here’s what that looks like:

This is probably about where we expected the Yankee starting pitching to be at the All-Star break. Considering Luis Severino hasn’t tossed an inning in what feels like forever, 14th in starter WAR certainly is not bad, and it leaves room for improvement upon the return of Severino and potentially an added piece at the deadline.

Looking at relievers is where it gets fun. There’s no secret the Yankees bullpen is one of the best in the business, but let’s just make sure that’s indeed the case. Here’s what the numbers look like:

Well, maybe there are some ugly numbers in there after all. The bullpen is 22nd in O-Swing%, 14th in HR/9, 22nd in HR/FB% (Yankee Stadium strikes again?). Yes, those numbers are ugly. But, what about the more important ones? 3rd in K/9, 1st in xFIP (the bullpen might actually improve?), and 2nd in WAR. Those are major categories for testing the strength of a bullpen, and they are at the top of all of them. One could say the bullpen has lived up to the hype.

I’m not going to go too in depth here, but I still think it’s important to look at the Yankees’ defensiveness too. It’s not super pretty. They are 23rd in Defensive Runs Saved at -22 and 21st in defensive WAR at -6.7. Their team UZR rating also is not very good, 21st best in baseball. Here’s what you need to know: The Yankees are a below average defensive team.

So we’ve looked at where the Yankees stand in the main offensive, pitching, and defensive categories in the MLB. Through these numbers, it comes as less of a surprise that they are atop the division by 6.5 games and have that 87% chance of winning the division. If they can keep this up, or even fill the room for improvement in some of the categories listed, then the Yankees will be looking at a strong second half and an ever more serious shot at a title. The Yankees currently have a 16% chance of winning the World Series, according to FanGraphs. Those are the third best odds in the MLB behind the Dodgers and the Astros. It’s impossible to know for sure where the rest of the season takes us, but something tells me it’ll be fun.