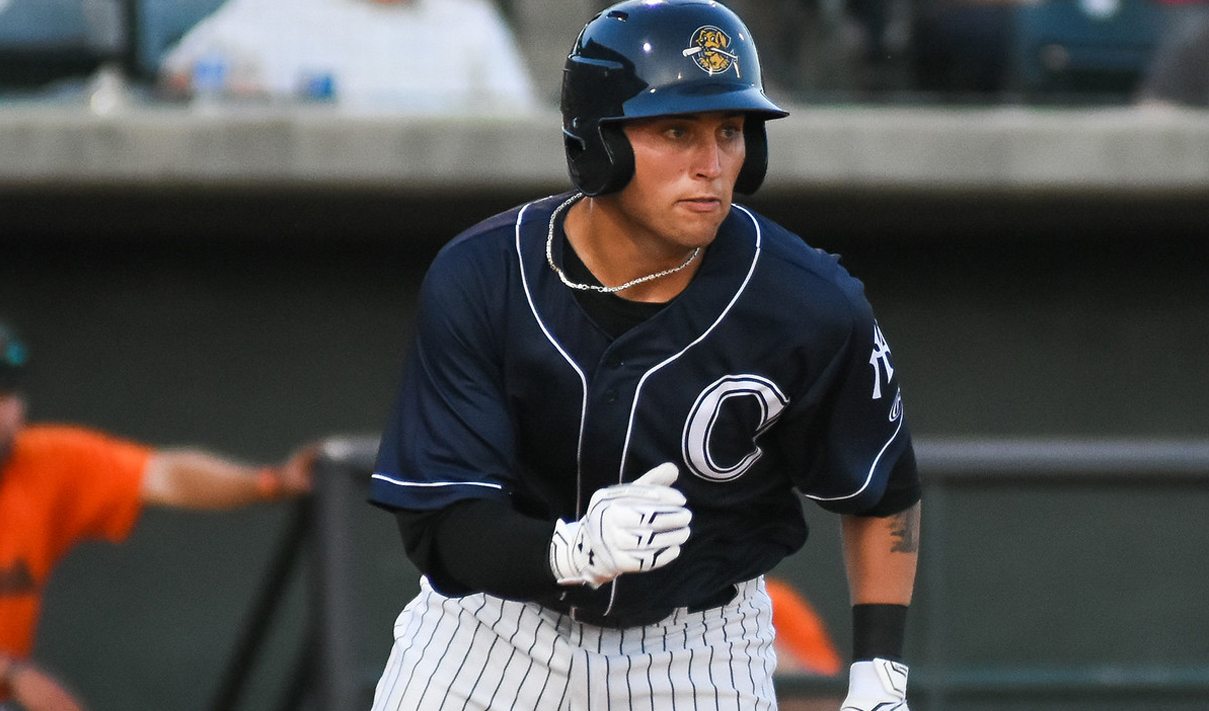 The Columbia Fireflies fought back in the ninth to overcome a 4-0 defecit to defeat the Charleston RiverDogs 5-4 and avoid a four game sweep Monday night at Joe Riley Park.

The RiverDogs jumped out ahead in the bottom of the second off of Flies starter Gabrial Llanes. After Donny Sands grounded out to second base, Llanes issued walks to Isiah Gilliam and Brandon Wagner. Mandy Alvarez ripped a single to right field to load up the bases. Carlos Vidal hit a ball deep into the right field corner that Ian Strom couldn’t come up with that scored Gilliam and Wagner for a 2-0 lead.

Brandon Wagner led off the sixth and hit a long home run over the right field fence off Cam Griffin, who had just relieved Llanes, to make it 3-0 Dogs. Wagner went 2-for-3 on the night after picking up a double in the eighth. He would come around to score on Vidal’s single to left field to make it 4-0 RiverDogs. Vidal went 4-for-4 and drove in three of the four RiverDogs runs. “(Vidal’s) been swinging the bat really well. I’m happy for him, we sent him out after he got healthy down to Staten Island, he went up to Scranton for a little vacation and now he’s back where he needs to be and he’s swinging the bat well for us,” RiverDogs manager Patrick Osborn said of Vidal’s performance.

The Fireflies weren’t about to be swept away though. RiverDogs reliever Hobie Harris allowed a leadoff single to Colby Woodmansee to start the ninth. Harris would then go on to plunk both Ian Strom and Andres Gimenez to load the bases. After getting Luis Carpio to fly out to left field, Osborn opted to go with closer Garrett Mundell out of the bullpen. Desmond Lindsay took Mundell over the left-center field wall for a game tying grand slam.

The Fireflies were not finished yet though. Mundell (L, 0-4) issued a walk to Jay Jabs. After getting Jacob Zanon to strike out, Dash Winningham came to the plate. Jabs would steal second during the at-bat and Winningham ripped a double into left-center field to give the Flies a 5-4 lead.

The RiverDogs would go down quietly in the bottom of the ninth against Adonis Uceta (W, 2-0). Uceta would earn the win pitching the final two innings allowing one run on two hits.

“Give credit to them, they loaded the bases in the ninth and the huge grand slam then Jabs works a walk, steals second. Winningham drives him in for the winning run. They didn’t give up and tip your cap to them,” Osborn said.