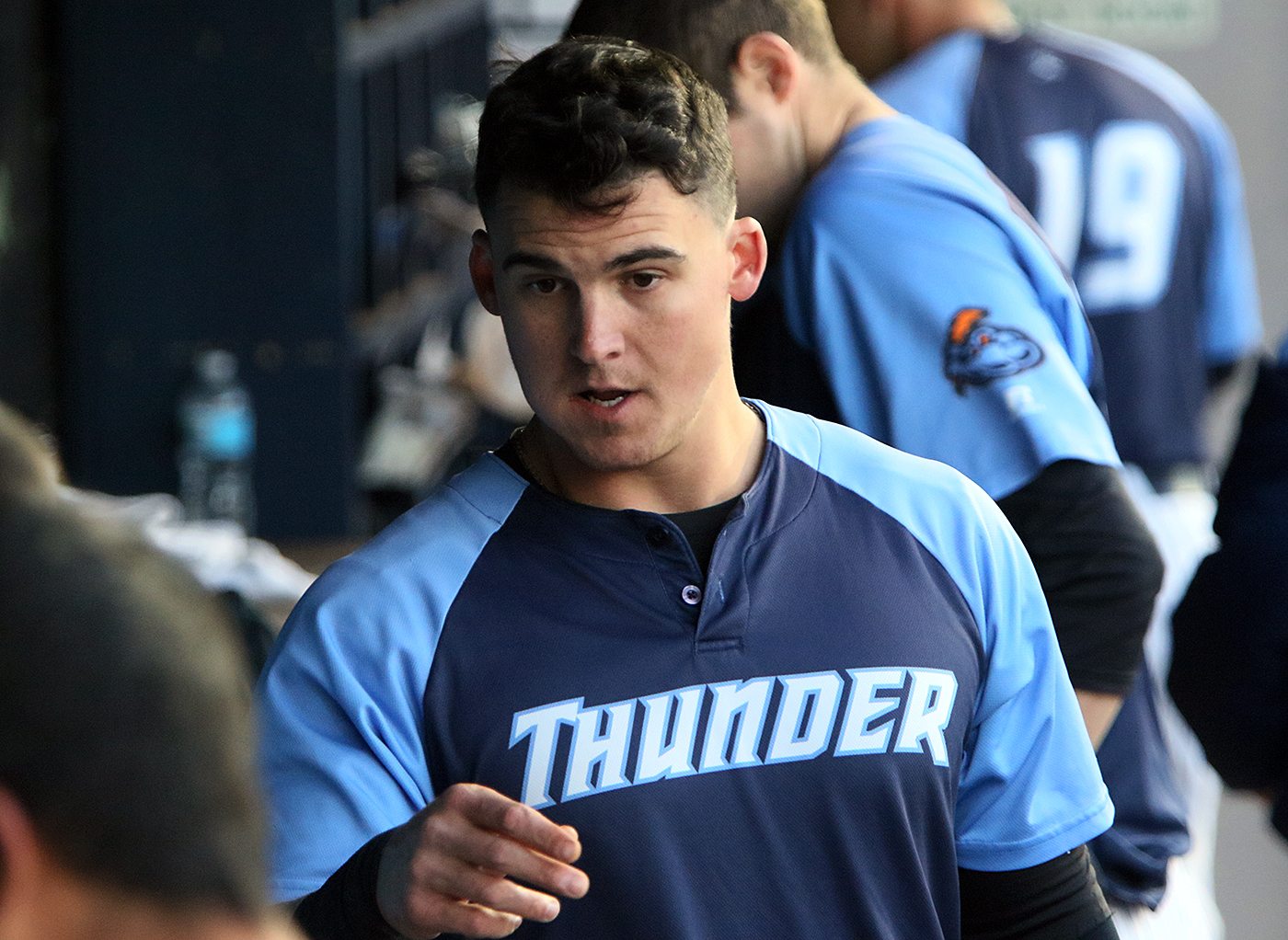 MOOSIC, PA – The SWB RailRiders (Triple-A/New York Yankees) lost a rain-shortened, 4-1 decision to the Columbus Clippers on Sunday afternoon at PNC Field. The game was declared final in the seventh after persistent rains made field conditions unplayable. The RailRiders (31-26) committed five errors, one off the franchise record. The Clippers (32-24) won for the 20th time in 25 meetings with SWB and took the series 3-1.

Phil Coke (3-1) bore the unlucky defeat after allowing three runs, only one earned, on four hits over four innings. Ryan Merritt (4-4) tallied his second complete game of the year for Columbus. The southpaw yielded one unearned run on five hits over six innings. He struck out three and walked one.

The RailRiders plated their only run against Merritt in the first inning. Ben Gamel reached on a throwing error by second baseman Yhoxian Medina. Aaron Judge singled to third, sending Gamel to second. Gamel swiped third base, his team-leading 11th steal, and scored on a soft single to left by Tyler Austin.

Coke held the Clippers in check for four innings as the left-hander worked around a pair of errors. Columbus eventually broke through in the fourth, however. Joey Butler reached first on a strikeout/ wild pitch. Collin Cowgill smacked a double to center that pushed Butler to third. A two-out single by Medina and a fielding error by Donovan Solano at second base allowed both runners to score for a 2-1 Clippers edge.

Jesus Aguilar walked to open the fifth and moved to second on a second error by Solano. A single to center by Guillermo Quiroz plated Aguilar for a 3-1 lead.

Medina capped the scoring when he singled and scored on a double by Erik Gonzalez. Judge provided the only defensive highlight by throwing out Gonzalez trying to score on a hit to right at the end of the sixth.

The RailRiders host the Charlotte Knights in the first of four at PNC Field on Monday, June 6. It’s Dollar Dog Night with a first pitch set for 6:35 p.m. Right-hander Chad Green (4-4, 1.45) is scheduled to throw for SWB against right-hander Scott Carroll (0-2, 5.84). For tickets or more information, please call 570-969-BALL (2255) or visit swbrailriders.com.