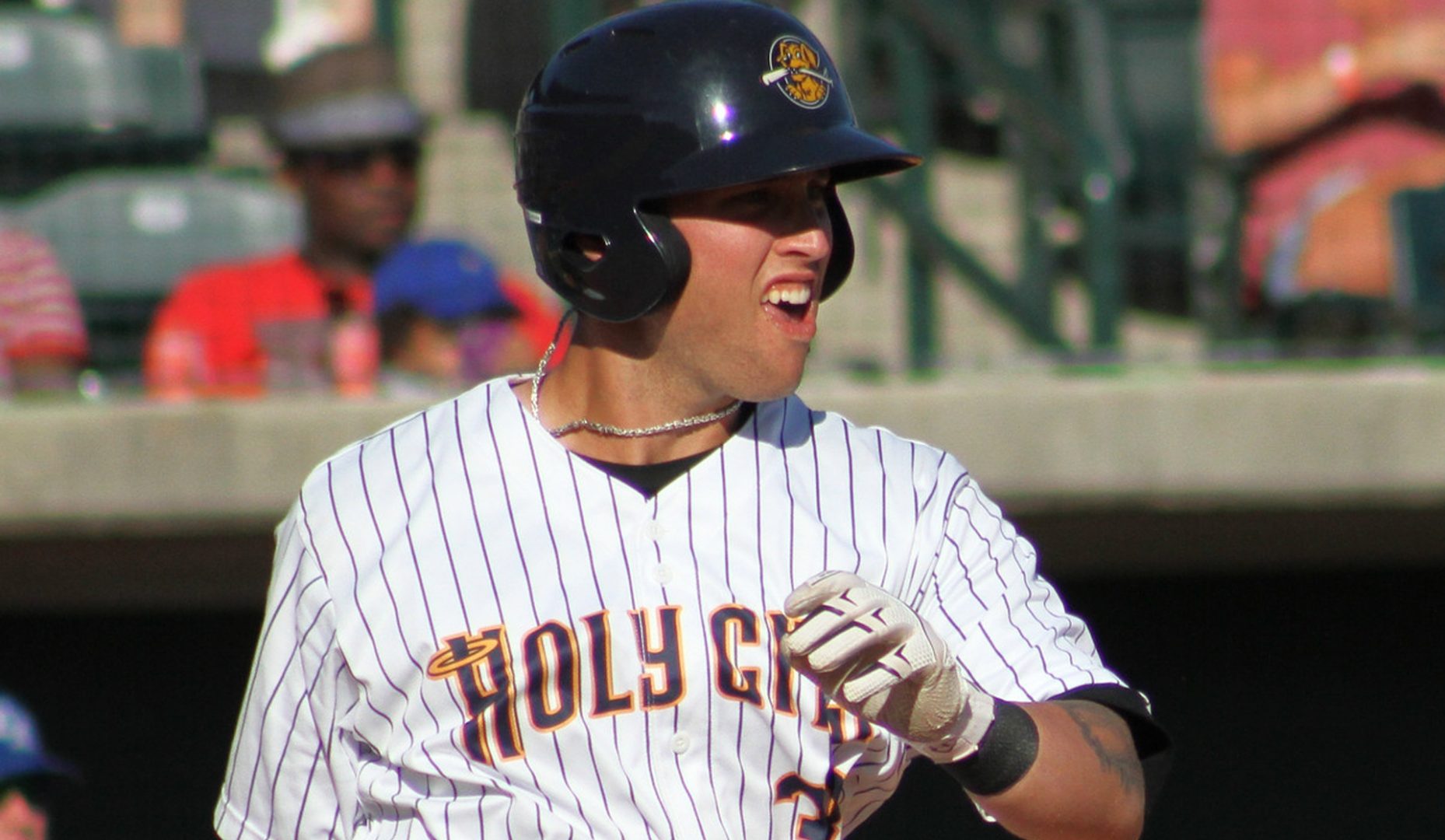 AUGUSTA, GA– First baseman Brandon Wagner went 2-for-4 with a pair of RBI in the fifth that brought Charleston within two, but the RiverDogs dropped their second in a row by a 5-3 final to Augusta to end their first road trip of the season at Lake Olmstead Stadium on Wednesday.

Charleston’s defense committed a season-high five errors to run their league-leading total up to 33 on the year through 14 games. The RiverDogs (8-6) finish out the weeklong stint away from The Joe going 3-4.

Up early for a 10:35am first pitch on Education Day at the park, Charleston found themselves behind in an early hole when Augusta (5-9) scratched out a run in the second on a two-out RBI knock by former Coastal Carolina product Anthony Marks who drove in two on the day including a run-scoring single in the second.

The RiverDogs wasted no time tying this up by plating a run in the third. After Diego Castillo and Estevan Florial drew walks back-to-back to lead off, Hoy Park struck out and Angel Aguilar stroked a single to left to drive in his team-leading 11th of the season that evened it at one apiece.

Augusta reclaimed the lead in the third, taking advantage of three RiverDogs errors to score a pair. Second baseman Kelvin Beltre reached on a routine roller to short and was driven in two batters later by first baseman Frandy De la Rosa who doubled to dead center to give the GreenJackets a 2-1 lead. After Manuel Geraldo flew out, Brandon Van Horn hit a chopper to second that was misplayed by Park who then fired it wide of first for a pair of errors that made it 3-1 Augusta.

In the fourth, Augusta stretched out to their biggest lead of the game, 5-1. Ashford Fulmer’s infield single was extended by a throwing error by Charleston’s starter, Freicer Perez, on a bunt attempt, and the Augusta left fielder would eventually score on a sac fly from Marks. Skyler Ewing made it a four-run lead later in the inning with a run-scoring triple launched to deep left-center.

Perez (0-1) went four innings before being relieved by Phillip Diehl. The lanky right-hander allowed five runs (three earned) on seven hits with three strikeouts and three walks to take the loss. Diehl kept Charleston in the ballgame by turning in four shutout innings to lower his ERA to 3.00.

The RiverDogs made it a two-run ballgame in the fifth when Wagner drove in one on a base hit to right-center that was mishandled for a fielding error on Fabian to allow a second run to score, but Charleston’s rally would come up short.

The Hopewell, N.J. native, Wagner, is now hitting .317 (11-for-37) on the season after collecting a hit in nine of his first 11 games with Charleston.

Right-hander Jose Morel (1-0) worked 2.1 innings out of the bullpen, giving up two runs (one earned) on three hits to pick up the win for Augusta who took the final two games of the series.
Upcoming

The RiverDogs return home for a four-game homestand at The Joe, taking on Asheville from April 20-23 starting on Thursday night. The RiverDogs will send out RHP Jio Orozco (0-1, 7.27) who will be opposed by Tourists RHP Alejandro Requena (0-0, 0.73) with the first pitch slated for 7:05pm. The game will be broadcast on WTMA 1250 AM as well as online streaming on riverdogs.com and the TuneIn Radio app under the “Charleston RiverDogs” station. It’s “Legalize Marinara” Night at The Joe as the RiverDogs haul in over 100 gallons of the substance to the ballpark for a night of poignant debate and sudden hunger. The first 500 fans through the gate will receive a bag of oregano if they can file past the waves of protestors.