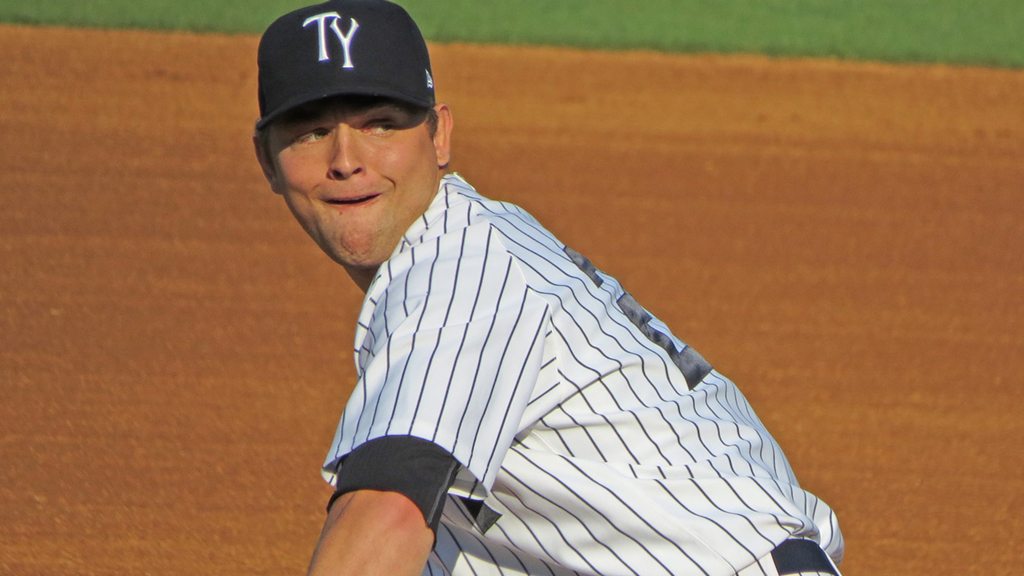 The Tampa Yankees head into June holding the best record in the Florida State League at 33-19. It has been a successful season so far, but the team has taken the next step as of late with becoming more complete.

The hitting has been a key for their success throughout the year, but too many games were being lost behind poor starting pitching. Now that starting pitching has been more consistent the Yankees have not only taken the lead in the division, but also started to expand with their variety of dominance. Chance Adams and Ian Clarkin have all found a bit more consistency throughout the month of May.

Despite James Kaprielian being out with his injury, the progression in pitching along with powerful hitting has now gave the Yankees a 2.5-game lead over Clearwater in the FSL North that is growing.

The converted starter has dropped his ERA tremendously through the month of May, allowing no more than a run in each performance. Coming into May, his ERA was 5.95 and he will go into June with it down to 3.14.

In Adams’ five starts last month, he pitched 23 innings totaling 32 strikeouts in that time. The 2015 fifth-rounder played in Staten Island, Charleston, and Tampa all in his rookie year as a reliever. His success to this point in the season could have him in line for a move to Trenton toward the end of the year.

The only reason he might not get there quicker is because of Trenton’s stacked rotation. However, Adams still is working on his endurance, which is understandable just becoming a starter. His longest outing this season was 7 2/3 innings. Besides that start, he has not gone further than six innings when he very well could have.

Tampa is still working on stretching him throughout and will continue to carefully as there is no sense in rushing him. Until they feel he is ready they will keep him in Tampa, especially with the amount of talent that is growing in Trenton. One thing is for sure and that is the Adams starter project is going as planned.

Something to remember before getting to Ian Clarkin is that he just turned 21 in February, and has now missed two years of development.

He has been the most inconsistent of the three top starters, but when he is dealing, teams are lucky to get a run across. His best performance came May 12 against Lakeland, striking out 10 in seven innings and walking none.

In May, Clarkin gave up five earned runs in two different games, and in his other three performances he gave up just one run combined. His numbers are generally all over the place and a 4-4 record is fitting.

He gives up hits in a high volume, but he’s only given up more than three runs three times this season. His 10 strikeout game came out of nowhere, as before he didn’t have an outing in where he struck out more than four, and since that 10-strikeout game, he still hasn’t. He doesn’t walk many batters, but you could say that’s why he gives up a good amount of hits in his starts.

If Clarkin opens his strike zone a little more, it could lower the amount of hits and raise the number of strikeouts, but it’s hard for him to do that, as the two other pitches he has besides his fastball are in the works (and missing two seasons hasn’t helped that). Despite all of his setbacks, Clarkin still has major potential and is still extremely young.

Once again there’s no need to rush him. There’s no actual way of guessing this, but despite what he does the rest of this season, he’ll either start next year with Trenton or get the call up around this time in 2017. He is another arm the Yankees want to keep a constant eye over with all he’s dealt with up to this point.

With Vicente Campos now being called up to Trenton and James Kaprielian still recovering from injury, the Yankees are looking for another starter to emerge in their rotation. The new month is a good time for someone to take a step forward and elevate their game just as Adams and Clarkin have.