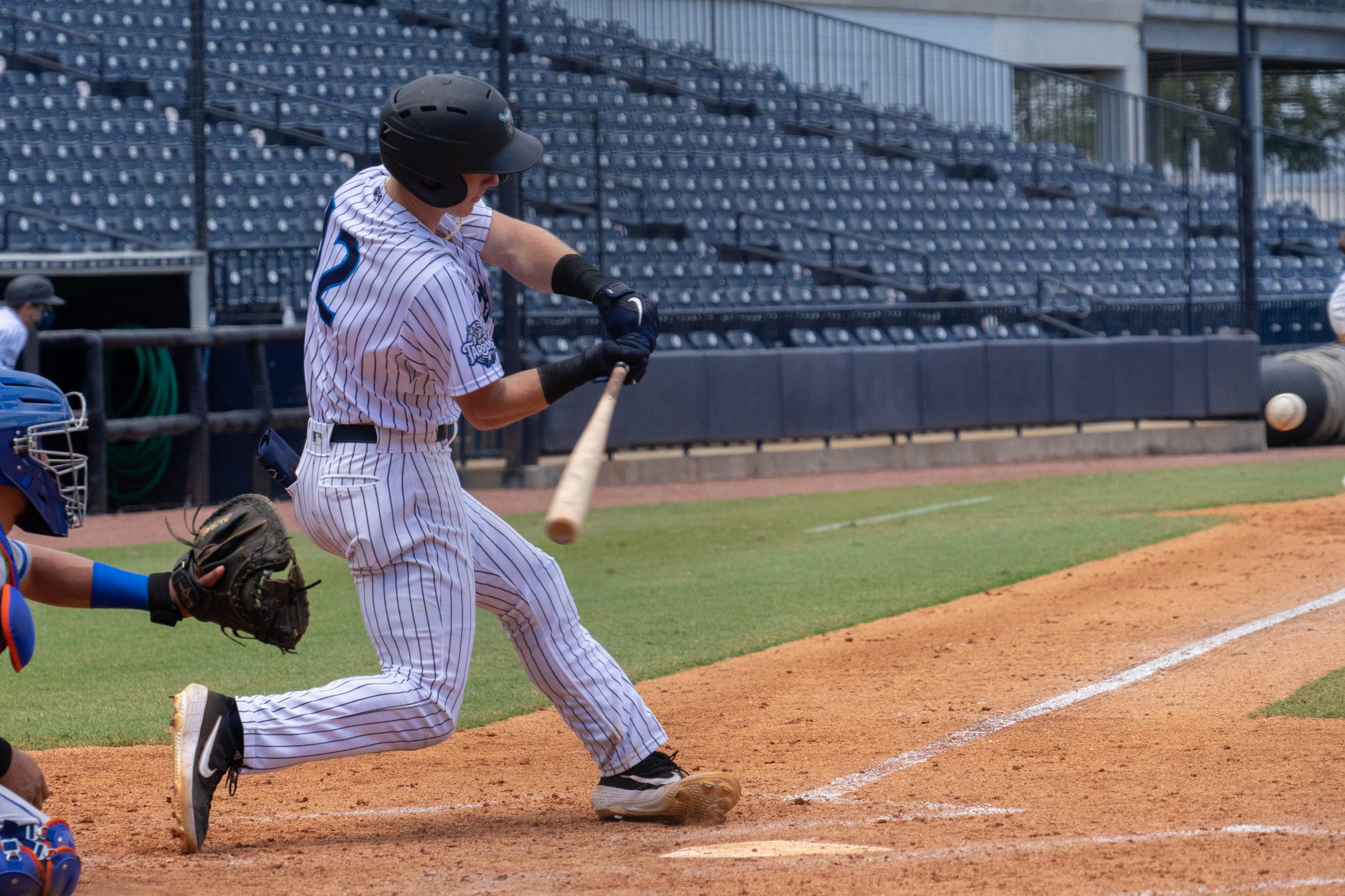 When I asked New York Yankees hitting coordinator Joe Migliaccio to name one player in the farm system who may not be getting the recognition they deserve, he didn’t blink before landing on the name Cooper Bowman, second-baseman for the High-A Hudson Valley Renegades.

“He is a complete player,” agreed Renegades manager Tyson Blaser. “He’s that guy after a game, you look at him and he is covered head to toe in dirt. He’s gritty, and he plays hard every single night… he’s an enjoyable guy to watch play.”

The Yankees 2021 fourth-round draft pick out of the University of Louisville, Bowman is hitting .240 with seven home runs, 29 RBI’s, and a .785 OPS for the Renegades this season. His 26 stolen bases on the season lead the organization.

A native of Rapid City, South Dakota, where he starred in baseball and basketball at Stevens High School, Bowman opted to go the junior college route, spending the first two years of his collegiate career at Iowa Western Community College. He would hit .418 over 84 games in his career at IWCC, shattering the single-season program record with 90 runs scored in 2019, where he led the Reivers to a JUCO College World Series berth.

Drawing interest from many of the top Dl programs following his sensational display in 2019, Bowman attended the University of Louisville, where he hit .293 with eight home runs and ranked second in the ACC with 20 stolen bases in 2021.

Bowman grew up a die-hard Yankees fan, imitating Derek Jeter at shortstop, which is why he had no complaints when his agent texted on draft night letting him know the Bronx Bombers were planning on selecting him. “It was really cool to share with my parents who are both Yankee fans,” Bowman said. “It made for a more meaningful day, for sure.”

He formally introduced himself to Yankees fans during 2022 Spring Training, when Bowman hit a three-run home run in a Yankees exhibition victory over the Detroit Tigers on March 28.

“It was really cool,” Bowman recalled. Explaining that the coolest part of his day may have been playing for Aaron Boone and returning to the dugout following his blast to be greeted with a celebration by the Yankees manager and 13-year major league infielder. “I grew up watching him, that’s a dude that I played as in video games. Aside from the homer, just high fiving him and hearing the stands (cheering) even at an away game, it was neat.”

In addition to his offense, Bowman has proved valuable in the field, with only two errors in 215 defensive chances, good for a stellar .991 fielding percentage.

While primarily playing second base this season, Bowman has also seen significant time at shortstop, where he played collegiately, and has experience at third base and centerfield. 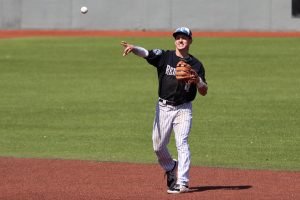 Cooper Bowman makes a throw from second base for the Renegades (Kylie Richelle, Pinstriped Prospects)

“That’s something that the organization likes in him, is that he can play some different positions,” Blaser said. “He’s fairly new to second base as well. There’s been vast improvement from early this year to where he is right now, and he’s only going to continue to get better.”

As he takes his initial lead off the first-base bag with an aggressive series of skips and hops, the attention of everyone in the ballpark turns to him. “You gotta dance with (the pitcher) a little, you know, get in rhythm,” Bowman joked.

While he may be one of the quickest players on the diamond, “It has nothing to do with speed,” Bowman admitted. “It’s all about reading pitchers and understanding what you have to look for… If you don’t do your homework and you don’t know what you’re looking for, it’s not going to work out.”

With a smooth, compact swing from the right side paired with an aggressive approach, elite speed, stellar defense, and a high baseball IQ, it’s no surprise why the Yankees are so high on Bowman.

“He’s shown high contact rates, he’s shown consistent quality of contact,” Migliaccio said. “What we see internally with a lot of our metrics, there’s a lot more to be desired when it comes to Cooper Bowman.”