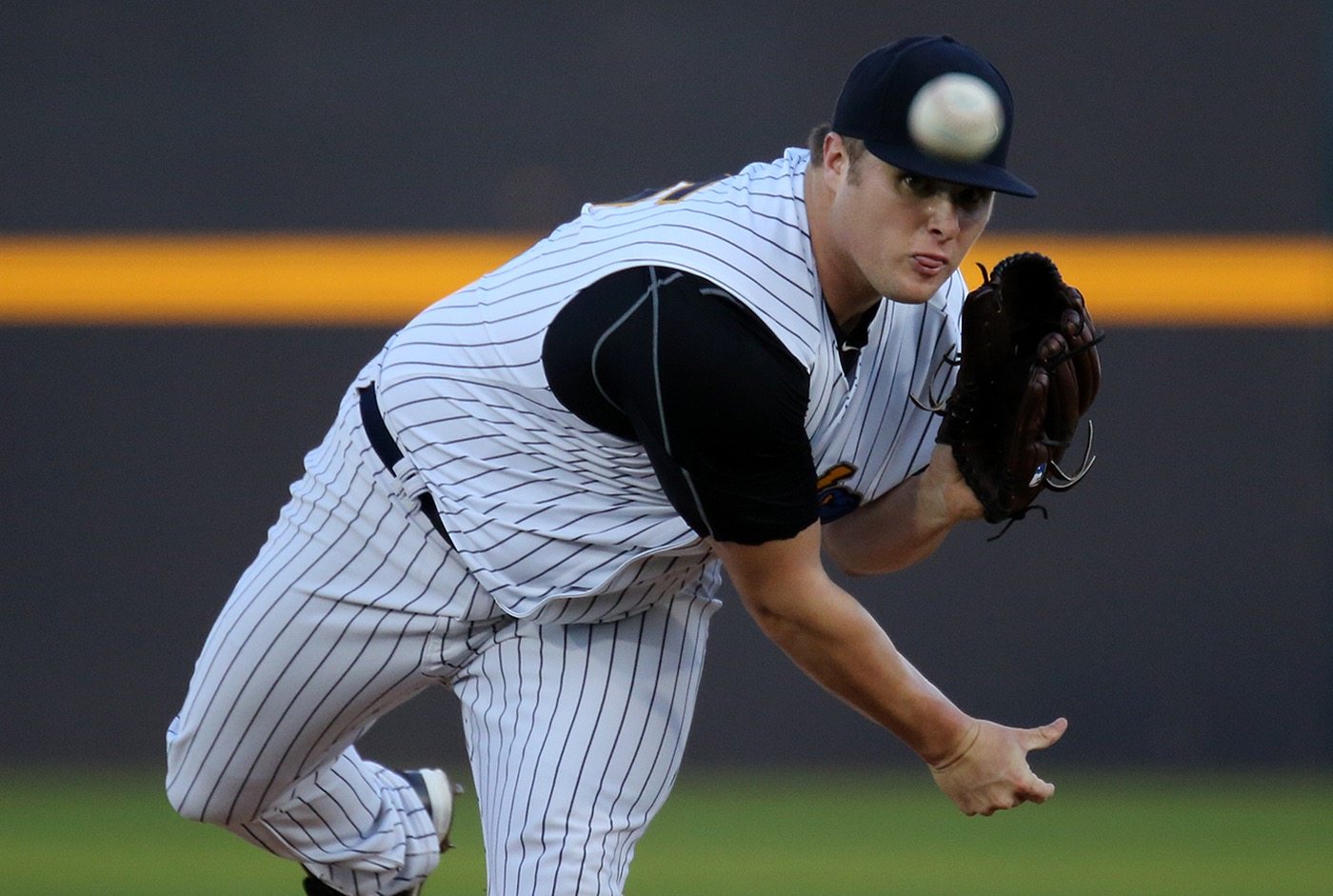 TRENTON, NJ – The Harrisburg Senators scratched out three runs against Thunder starter Cale Coshow and never looked back en route to a 3-1 victory over the Thunder in front of 5,809 fans at ARM & HAMMER Park on Saturday night.

The Senators plated the game’s first run in the third inning when Rafael Bautista grounded a base hit through the right side of the diamond for a 1-0 lead. Coshow struggled with his command throughout his outing as he walked five batters in 4.1 innings.

Harrisburg made it a 3-0 lead in the fifth when Neftali Soto doubled home a run and Brenden Webb singled home another. Webb’s single chased Coshow from the game, he allowed six hits and tied his career-high with seven strikeouts on Saturday. The Thunder have lost five straight games started by Coshow.

The lone Thunder run came in the bottom of the fifth inning when Jake Cave doubled off the centerfield wall, scoring Dustin Fowler. The Thunder left two runners on in the fifth and stranded the tying run on base again in the seventh. Cave led the Thunder offense with a pair of doubles as he recorded his third three-hit game of the season.

Cito Culver also added a pair of base hits in the game, his second consecutive multi-hit game of the season.

Tyler Mapes picked up the victory for the Senators by spinning his fifth straight start of at least six innings and three runs or less. He allowed one run on six hits and two walks across six frames on the mound.

Your Thunder and the Senators will play the rubber match of their series on Sunday afternoon at 1:00pm. The first 1,000 women, ages 21 and older, will receive Thunder Wine Glasses, courtesy of the Garden State Wine Growers Association, as part of the team’s Mother’s Day Celebration. RHP Ronald Herrera will throw for the Thunder, RHP Reynaldo Lopez will go for the Senators. Tickets are available by phone at 609-394-3300 or online at TrentonThunder.com.