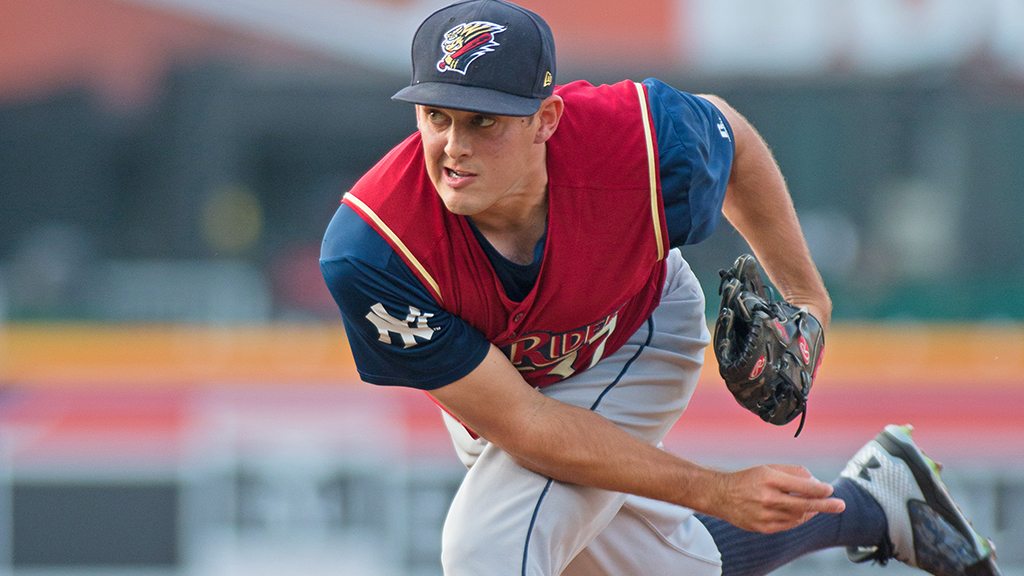 CURVE, PA – Andy Vasquez’ blast off Jaron Long set the tone in the second inning Friday night and the Altoona Curve never looked back in a 3-2 victory over the Thunder.

Jaron Long allowed three runs over 7.0 innings in his third consecutive start of 7.0+ innings, in spite of his record dropping to 3-6. Following Vasquez’ homer in the second inning, the Curve plated an additional run on a Jacob Stallings single in the fourth inning for a 3-0 lead. Long did not walk a batter in game, making it a stretch of his last 30.2 innings while walking just one batter.

Trenton was held to just one hit over four innings before starting to break-through for some offense against Altoona starter Chad Kuhl. The sixth inning began with a single by Cito Culver and a walk to Jake Cave to put a pair of runners aboard with no outs. A Tyler Wade grounder advanced the runners into scoring position with one out, setting up a Rob Segedin sacrifice fly to plate Trenton’s first run of the game. The run off Kuhl snapped a streak of 23.1 scoreless innings which fell one out shy of tying the Altoona Curve franchise record (Derek Hankins, 2010).

Following the sac fly, the Thunder would get a two-out double from Tyler Austin to bring them back within a run before the top of the 6th inning came to a close. Though the Thunder would put the tying run on base over each of the final three innings, they could not advance one into scoring position, falling short Friday night.

The Thunder return to action Saturday against the Altoona Cuve at Peoples Natural Gas Field with a scheduled 6:00 p.m. first pitch. The Thunder send RHP Eric Ruth (3-5, 3.04) to the mound to face Altoona’s RHP Matt Benedict (5-6, 6.15). Pre-game coverage begins at 5:45 p.m. on 91.3 FM or online at www.trentonthunder.com.