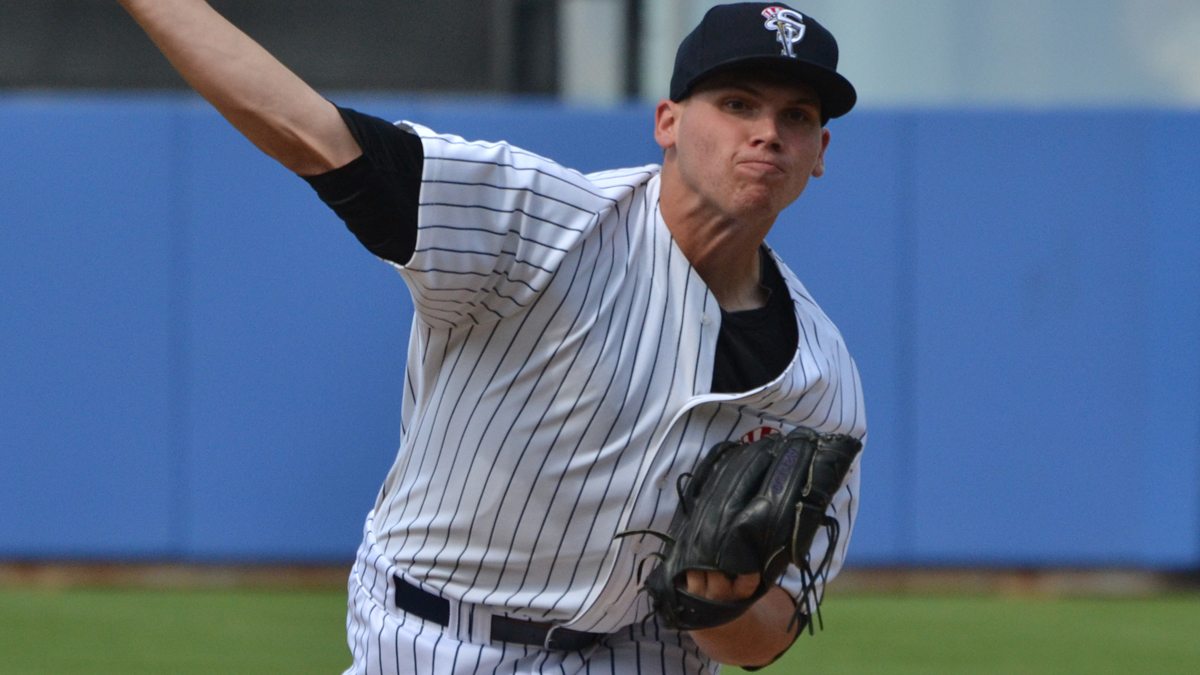 The Tampa Yankees and St. Lucie Mets were back at Tradition Field for an early game on Tuesday morning with Rookie Davis (4.01, 2-3) taking the start for the Yanks against Miller Diaz for the Mets.

The Tampa Yankees took an early 1-0 lead in the first which saw Tyler Wade hitting his sixth double of the season on a line drive to center and would later score off a single by Mike Ford.

In the bottom of the first St. Lucie would rough up Davis a bit. Jeff McNeil would start things off with a walk followed by a single on a fly ball to center by Michael Conforto. A double on a line drive to left by Maikis De La Cruz would send McNeil home to tie the game at one and advance Conforto to third. A two run single by Dominic Smith then put the Mets up 3-1. Back to back doubles by Amed Rosario and Phillip Evans then gave the Mets a 5-1 lead.

In the bottom of the third the Mets were able to get two more runs on the board and extend their lead to six runs.

Matt Wotherspoon (ERA 3.86) then took over pitching duties for the Yanks, pitching the next two innings allowing six hits and one run.

In the top of the sixth Tampa would finally be able to get more runs in with a two run homer by Miguel Andujar with Mark Payton on base.

In the top of the eighth Payton would score off a RBI single by Miguel Andujar and then Andujar would score himself off a sac fly by Michael O’Neill.

But another offensive surge by St. Lucie off of Tampa’s Matt Marsh would allow four more runs to be put on the board for a final score of 12-6.

Diaz earned his first win of the series (1-2) and Davis was charged with the loss.