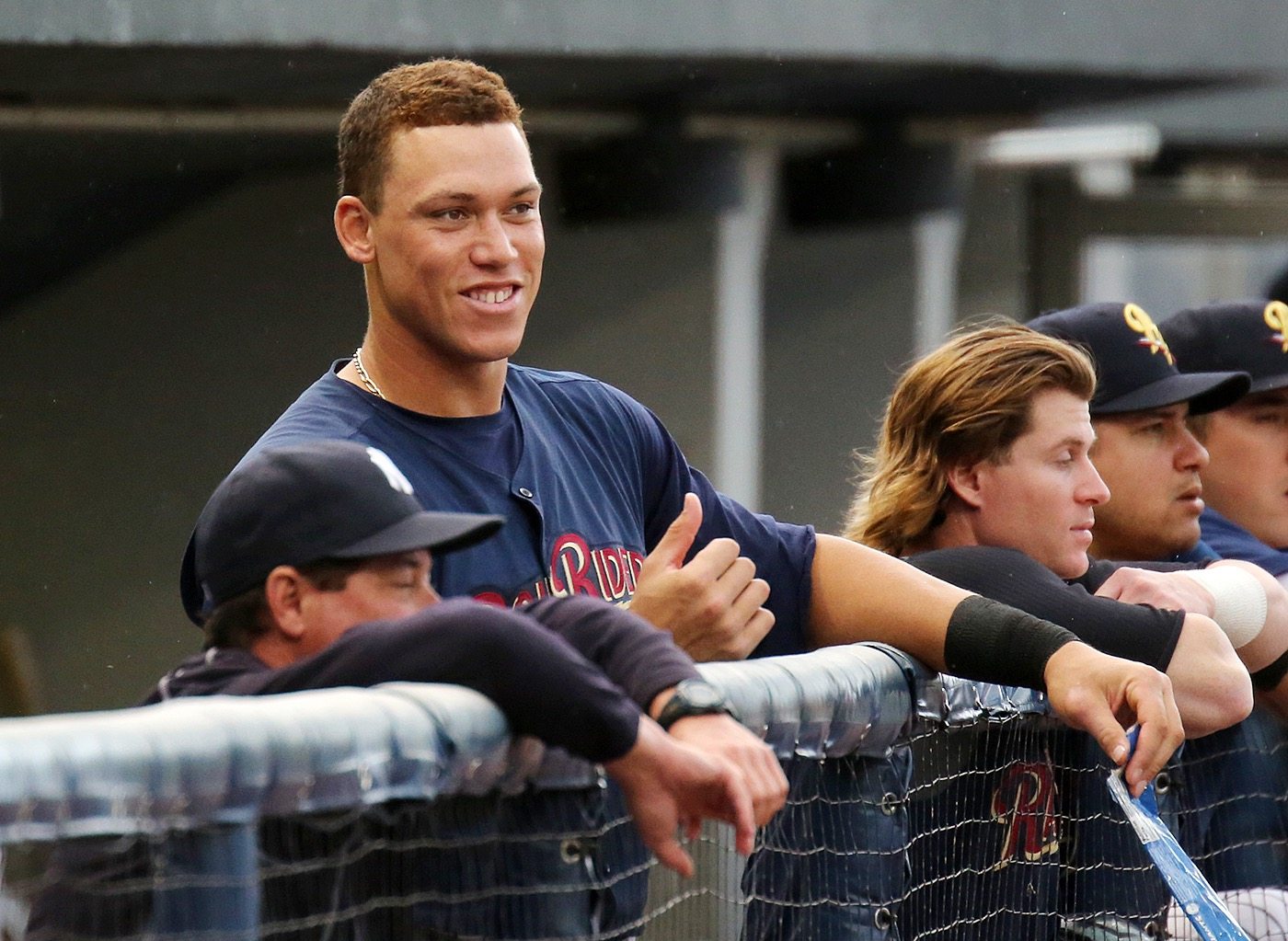 An Ike Davis grand slam and 3 RBIs from Aaron Judge lead the Scranton/Wilkes-Barre RailRiders to victory over the Buffalo Bisons on Thursday night.

Mariano Rivera’s former setup man, Phil Coke, started the game for the RailRiders. Coke gave up just two hits, walked one and struck out five over six scoreless innings. With the win, he improves to 4-2 on the season. The 33-year-old has posted an outstanding 1.17 earned run average on his 2016 campaign thus far.

Buffalo Bisons starting pitcher, Roberto Hernandez, held the RailRiders hitless until the top of the 5th inning. After walking second basemen Jonathan Diaz on five pitches, Francisco Diaz laced a first-pitch fastball to left field for a single. After a Ben Gamel strikeout, Donovan Solano hit a first-pitch single to center field, scoring Jonathan Diaz for the game’s first run. On the play, Francisco Diaz was caught in a rundown and was out advancing to third. In the following at-bat, Aaron Judge was hit by a pitch for a second consecutive plate appearance. Tyler Austin drew a four-pitch walk to plate Ike Davis. Davis, who was making his RailRiders debut, crushed a 2-0 middle away fastball to deep left-center field for a grand slam. This extended Scranton’s lead to 5-0.

After two quick outs to begin the top of the 8th, Francisco Diaz struck out swinging on a ball in the dirt, but advanced to first base on a wild pitch by Bisons reliever Colt Hynes. Ben Gamel then hit a first-pitch single to center field. After Solano battled back to draw a walk from a 0-2 count, Aaron Judge laced a line drive over the head of Bisons left fielder Andy Burns, for a bases clearing three-run double.

Buffalo was held scoreless until the bottom of the 8th inning. Andy Burns slugged a two-out, 2-0 offering from Scranton reliever Giovanny Gallegos over the left field wall. Gallegos entered the game in the bottom of the 7th to replace Coke. Prior to tonight’s game, Giovanny walked just three batters in 14 innings pitched. This evening, Gallegos walked two, struck out four, and gave up two hits and one run in two innings of relief.

The RailRiders extended their current winning streak to five games with tonight’s 8-1 victory over the Bisons at Coca-Cola Field. They improved to 49-32 on the season, and extended their first place divisional lead to 2.5 games. Tomorrow’s first pitch is scheduled for 7:05 pm with Dietrich Enns (1-1, 1.50 ERA) set to face off against Bisons southpaw John Anderson (1-1, 5.82 ERA).