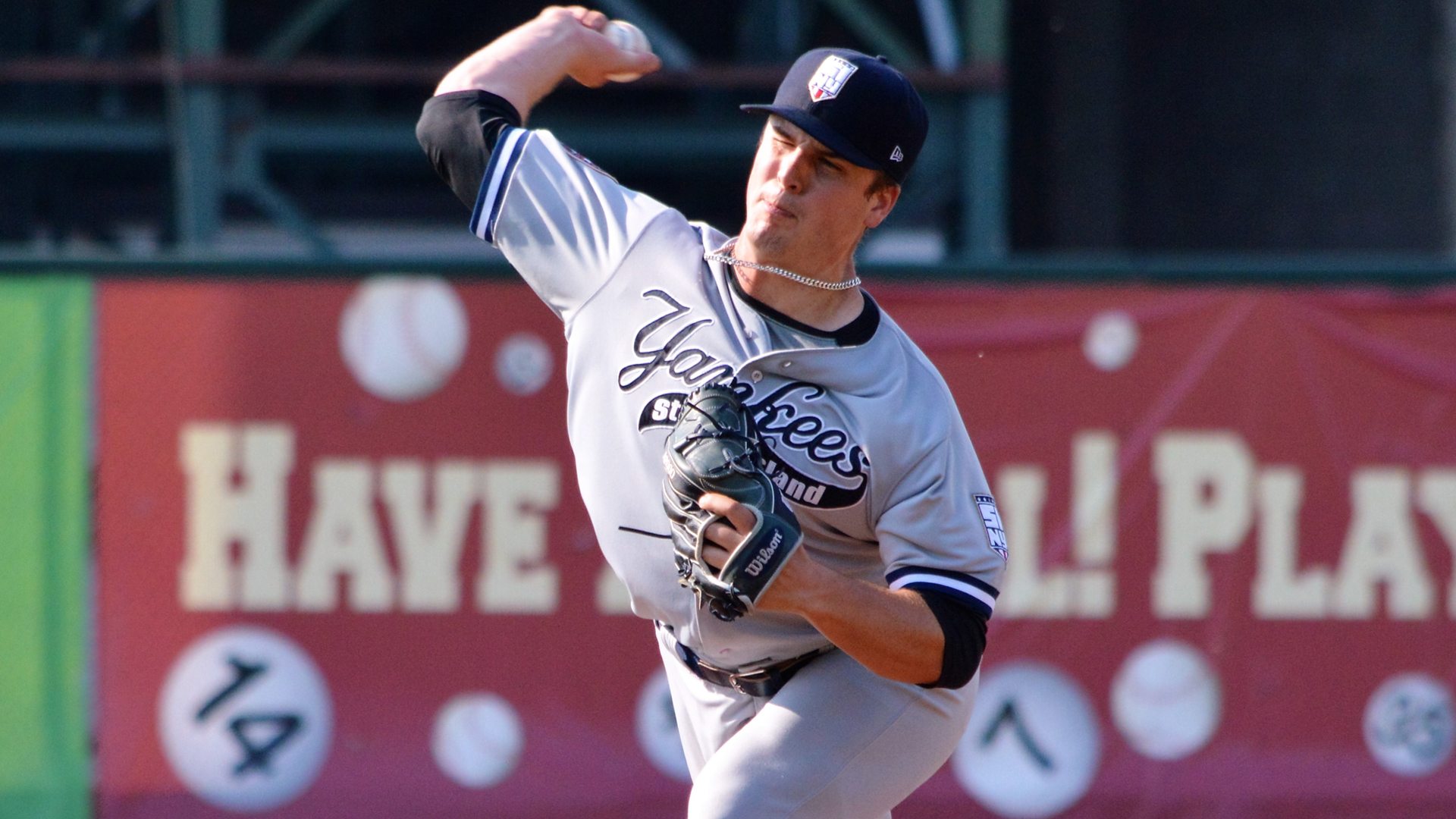 After missing all of the 2015 season rehabbing from Tommy John surgery, Austin DeCarr returned to game action for the Staten Island Yankees, pitching 4 innings, allowing 2 runs on 6 hits and walk.  The 21-year old former third rounds pick joined the Baby Bombers on a rehab assignment.

Vermont struck first early on, platting a run in the bottom of the first inning off of DeCarr.  Staten Island answered with a run of their own in the top of the second to tie the game.  Drew Bridges walked then moved to third when Chris Godinez reached on a fielding error and moved to second on the errant throw.  Bridges then scored on a ground out by Dalton Blaser.

The Lake Monsters added another run in the bottom of the third inning, but the Yankees answered yet again in the fourth inning with a run to tie the game.  Kane Sweeney singled to open the inning and after 2-outs he moved to second when Dalton Blaser was hit-by-a-pitch before Keith Skinner lined a single to center to bring home Sweeney.

Staten Island would take the lead for good in the top of the fifth inning. Ricardo Ferreira was hit by a pitch to start the inning, and then moved to third on an infield single to third by Kane Sweeney with 2-outs and scored on a single by Drew Bridges.

The score remained 3-2 until the top of the seventh inning when the Yankees plated 3 more runs.  Ricardo Ferreria homered to right field for the first Baby Bomber homerun of the 2016 season before Dom Thompson-Williams, Luis Torrens, Kane Sweeney and Drew Bridges hit back-to-back-to-back-to-back singles.  With the bases loaded and a run already in Chris Godinez grounded into a force out at the plate to keep the bases loaded and 1-out.  Dalton Blaser then hit into a force out at second base, bringing home Sweeney and giving the Yankees a 6-2 lead.

The Yankees and Lake Monsters play the rubber game of the series on Monday night with Freicer Perez scheduled to make the start for Staten Island.