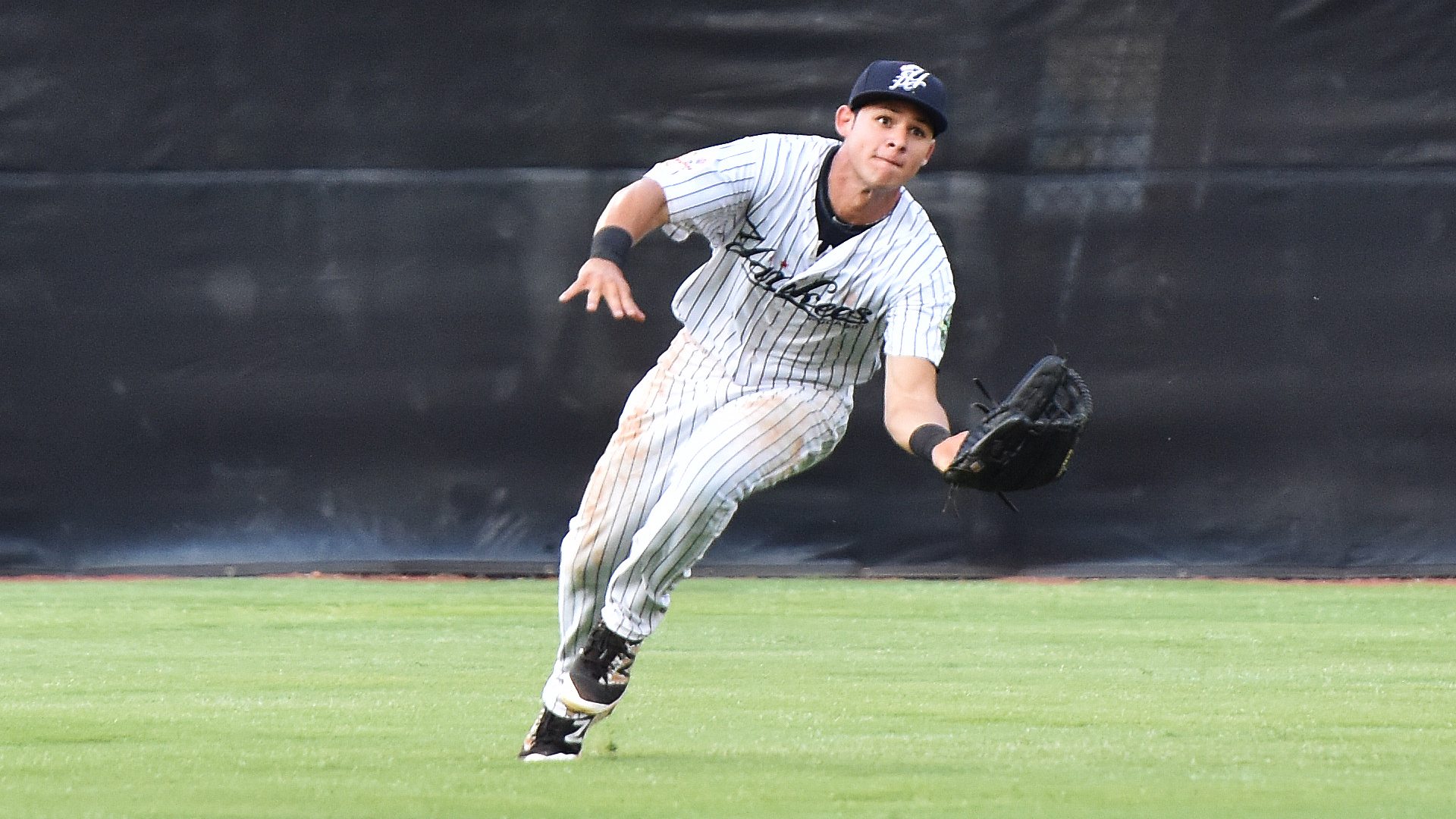 One night after coming off of a gut-wrenching loss to the Burlington Royals, the Yankees completed a come-from-behind 4-2 win over those same Royals on Sunday night at Calfee Park.

Trailing through most of the game, Pulaski’s defense kept the team close by completing three pivotal double plays – including throwing out two Royals’ runners at home plate – and the offense provided just enough late to pull off the victory.

“After the loss we had yesterday, to come back like this really gives us a boost in confidence,” said Pulaski Manager Luis Dorante. “You know, to finish them up like that, and again, the guys didn’t give up. Even on that pop-up (in the ninth), guys never stopped running and we ended up scoring and putting more pressure on them.

Pulaski starter Jio Orozco (5IP, 2R, 2ER, 2BB, 4K) gave the team five innings, but was hit hard throughout his outing. Burlington had runners in scoring position in every inning that Orozco was on the bump, but Burlington was limited to just three runs in the third inning thanks to the stellar defense that stood tall behind Orozco.

“He’s been better than that,” Dorante said of his starter. “Today was just one of those things that he didn’t have his best stuff. He was throwing pitches over the middle of the plate and [Burlington] is not a bad team, they can hit, so they made him pay for it.

“The defense was great though. You know, our defense has been solid ever since the first day, but three double plays today were the key to keeping us in this game.”

The Yankees trailed 2-1 from the third inning through the bottom of the eighth with one out when Dermis Garcia stepped to the plate and worked the count full before taking ball four and getting on base in front of clean-up hitter Steven Sensley.

“Sensley has been locked-in, pretty much since he got here,” Dorante said.

And Sensley did not waste much time making the most of his opportunity. After taking the first pitch outside for ball one, he drilled the second pitch he saw deep into the Pulaski night, over both fences in centerfield, to drive in his second and third runs of the game and give the Yankees a 3-2 lead.

Steven Sensley’s two-run, game-winning, home run in the bottom of the eighth

“I was just looking for a pitch I could drive,” Sensley said with a smile after the game. “I knew they were going to try to stay away from me, but I was just focused on getting my pitch instead of chasing what they wanted me to chase. And I got something up in the zone and I was able to put a good swing on it.

“I was sitting fastball. He threw me a change-up first pitch and I was expecting that. And then 1-0, I sat fastball and there it was.”

Later, with two outs in the inning and two men on, Brayan Emery sent a pop-up sky-high over the infield, and the Royals’ shortstop called for the ball on the lip of the infield grass. It appeared to be the end of the inning, but the Yankees’ never stopped running hard around the bags and Burlington’s shortstop dropped the ball. Another run came in to score, and runners were set up at second and third.

“I thought Garcia was the key to that inning, you know, he works the count to 3-2 and he takes the breaking ball in the dirt and gets the walk,” Dorante said of the bottom of the eighth. “That put more pressure on their pitchers there to throw strikes and Sensley just got a hold of that one.

“We’ve been pitching well, playing good defense, and it was just a matter of our offense starting to get hot again.”

Mark Seyler came in and pitched a 1-2-3 ninth inning to nail down his second save on the year and the victory for Pulaski.

“A game like this brings everyone up,” Dorante said. “We believe we can win any game as long as we have a chance – this was a good win.”

The Yankees will now go for their eighth straight series win to open the season on Monday night in the series-finale against the Royals. First pitch at Calfee Park is set for 7 p.m.

Steven Sensley has been red-hot in the first two games against Burlington so far. The right fielder/first baseman – a 2017 12th round pick out of UL Lafayette – is 4-for-8 with two home runs, six RBIs, four runs scored, and a walk.

Here’s what he had to say about this recent success on Sunday night: “I started off well here, and then this past series against Kingsport I struggled a lot, I don’t think I had a hit and I punched out a few times. So, I went back and looked at film and all of that was due to chasing pitches outside of the zone. I was going after what they wanted me to go after. So, right now, my approach is just to be more patient and wait for my pitch. It’s just about focus.”