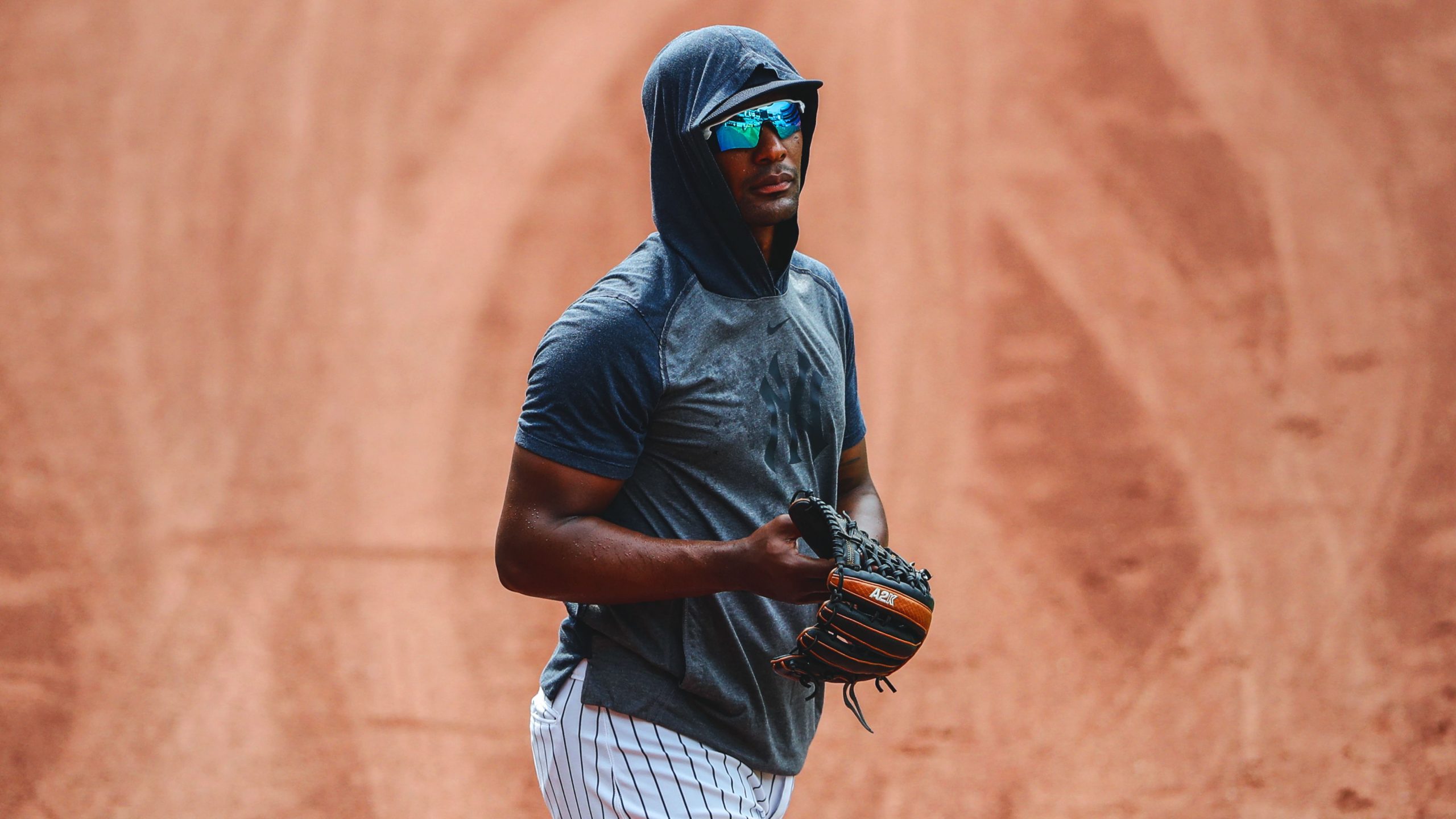 When you think of First Base for the Yankees, specifically in 2020, one can’t help but immediately think of Luke Voit. After all, Voit carried the Yankees for much of the season on his way to an MVP-Caliber performance. Yet prior to the season, nobody could truly see this coming.

In fact, back in February, when the MLB was continuing on its usual Spring Training schedule, the Yankees were toying with the idea of Miguel Andujar at first base.

In an article written by Bryan Hoch on February 18th, Andujar’s time trying out the first base was being documented. Andujar, about the potential to play first base, said, ” There’s progress, I’ve been with the Yankees for eight, nine years, and I’ve been playing third base. But the results and the way I’m feeling are positive, and I feel like things are working out.”

Despite that, though, Andujar was confident in his “defensive versatility” and was ready to prove that he belonged on the 26-man roster. “I love having an opportunity to play and help the team,” Andújar said. “At the end of the day, that’s what you want to do — you want to be able to help the team in any way possible. I’m honored to have the opportunity to be here.”

But, can Andujar really help the team by being defensively versatile? I’m not so sure. Let’s go back to 2018 when Andujar manned third base for an entire season. That year, he recorded -11 Outs Above Average. On top of that, he was last amongst all qualified third baseman with -21 Defensive Runs Saved. The second-to-worst of that season, Maikel Franco, recorded just -14 DRS. If we want to be brutally honest here, Miguel Andujar had one of the worst defensive seasons for any third baseman in the last ten years.

There is a chance, albeit an unlikely one, that Andujar can find some success at first. I have no reason to truly believe that, though. When I think of players who have made the switch from third base to first base, it’s not because they were such a bad defensive third baseman in their mid-20s. It’s usually the Ryan Zimmerman‘s and Miguel Cabrera‘s of the world who can physically no longer man the position.

But those types of players, like Miguel Cabrera and Ryan Zimmerman, move to first so that the team can keep their bats in the lineup without sacrificing defense. This begs the question, is Andujar’s bat really good enough to weather the storm of him probably not playing a great defensive first base? I say no.

Since that 2018 season, Andujar has not come close to relevance. Injuries have surely held him back, but his defense is really what has kept him out of the lineup. Remember when he played left field this past season? It wasn’t pretty by any stretch.

When you think of the Miguel Andujar First Base experiment, what comes to mind first is that he likely isn’t a good enough defender to man the position. But it is not his defense that I think would stop him from playing first base; it’s his bat. I wouldn’t be surprised if we never saw Andujar replicate the season that he had in 2018. If I had to guess, it was a flash in the pan that will be hard to replicate without an improvement in overall swing decisions. Players who improve their swing decisions more often than not become better hitters. Why? Because they are swinging at more pitches in the zone, thus barreling the ball more, thus hitting the ball harder. Not to mention they draw more walks. So, before we start worrying about whether or not Andujar can play first base, we ought to be worrying about whether or not he can improve at the plate.