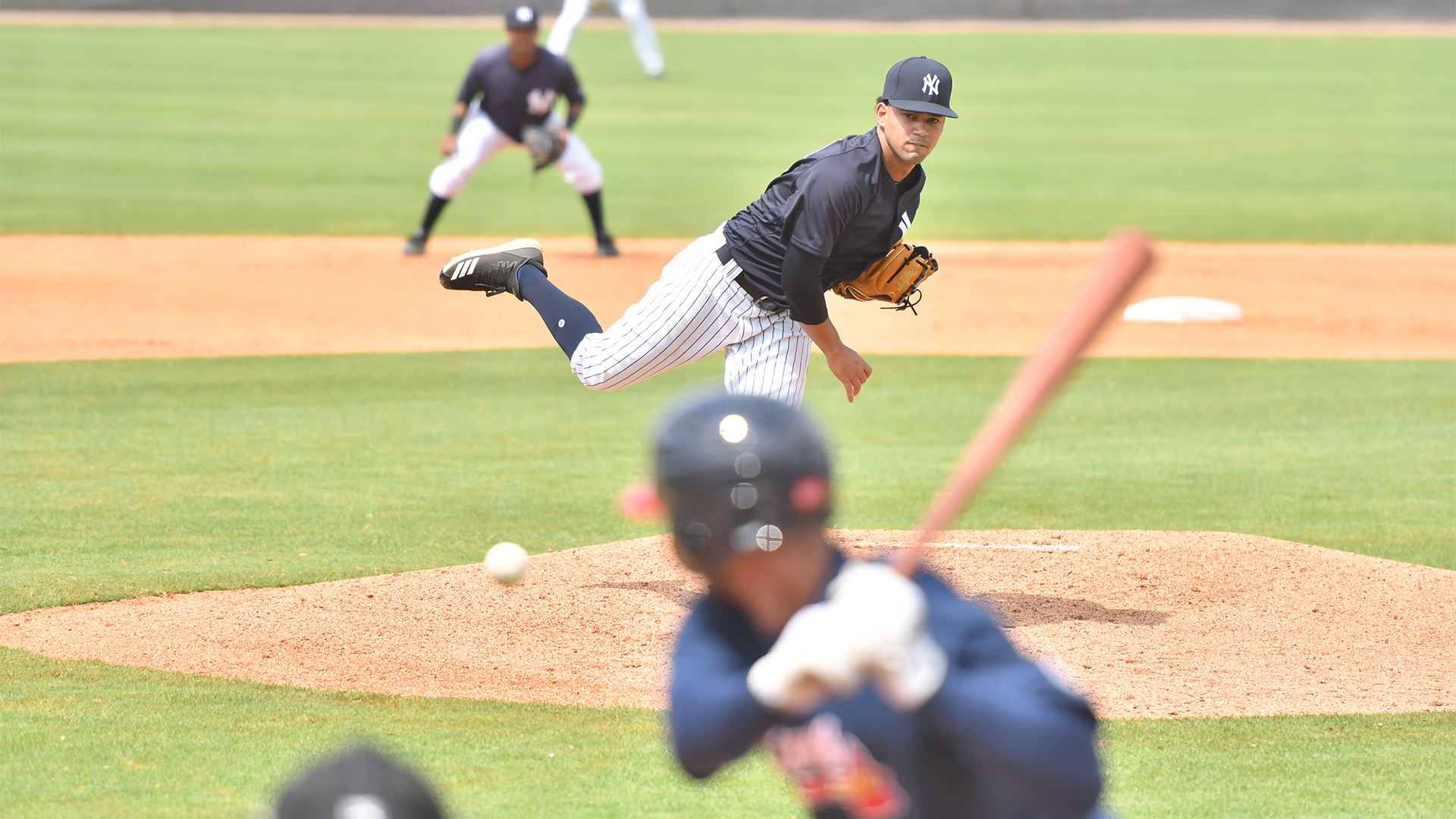 Just days after Thunder pitcher Deivi Garcia was named the Eastern League Pitcher of the week and an Eastern League All-Star, it was announced that the 20-year old right hander has been selected to represent the Yankees on the American League roster at the Sirius/XM Futures Game next Sunday at Progressive Field in Cleveland.

Garcia has gone 4-2 with a 2.68 ERA with 76 strikeouts in a mere 47 innings of work spanning nine starts for the Thunder – the opposition has hit just .171 against him. Despite being promoted to Double-A on May 1, Garcia still ranks sixth on the Eastern League strikeout board.

Over his last two starts, Garcia has tossed 11 scoreless innings and has yielded just one hit and three walks while striking out 24 batters over that stretch. Of the 119 strikes that Garcia has thrown in that span, he has generated a swing-and-miss on 41 of them (35%).

“I’ve never seen anything like it, said Thunder Manager Pat Osborn earlier this week of the dominant stretch that Garcia is carrying. “I commented when he was getting moved up that he may dominate here and he has.”

Osborn added, “He is just a gifted young kid with a great feel for pitching; great stuff and he competes like no other. He has everything that you want in a young starting pitcher, and we’re lucky to have him.”

This installment of the Futures Game will feature some dramatic changes to the format from previous years. Instead of grouping players in a USA vs. World scenario, the rosters are now simply separated by the league that their parent club plays in (American League & National League). The game has also been shortened from nine innings to seven and will be played in prime time ( 7 P.M.) as opposed to an early afternoon first pitch.