DePaula is not Major Loss for Yankees 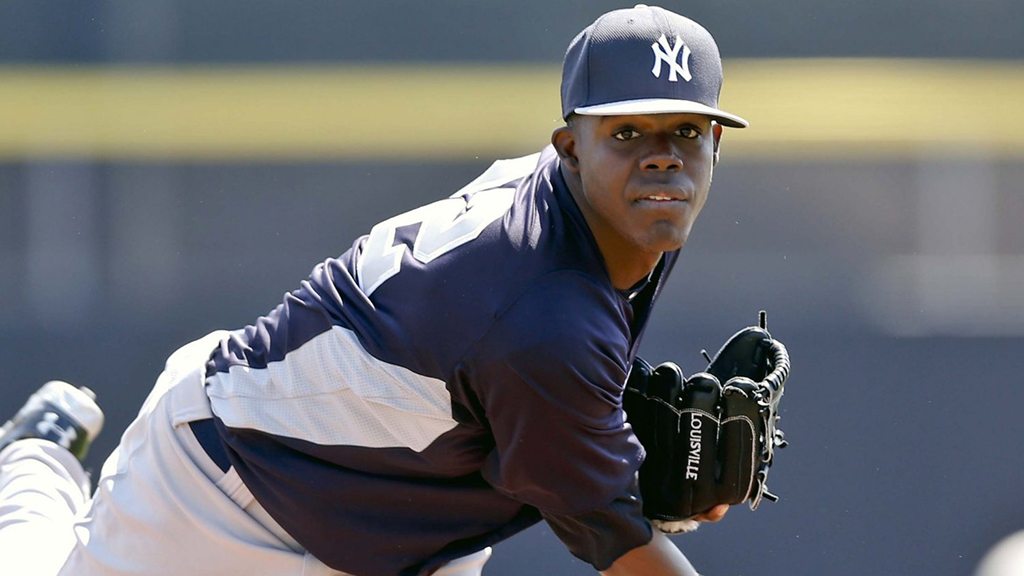 There seems to be some consternation in this Chase Headley deal that included right-hander Rafael De Paula.

Yes, De Paula has velocity. Yes, he struck out a lot of batters in the lower minors. Is he somebody the Yankees valued above other prospects? No.

First of all, he’s already 23 and has not pitched above High-A Tampa. He’s 6-5, 4.15 in a pitcher-oriented Florida State League. He has pitched better in his last five starts.

Granted I’ve only seen him pitch a few times, but the impression was there is potential, but not a lot of consistency and command. For Cashman to turn a journeyman minor-leaguer and one lesser pitching prospect for an upgrade at third base is a good job, like him or not.

De Paula is not a future Cy Young. Neither was Cory Black, who was traded for a good half-season of Alfonso Soriano. Headley will play defense better than anybody the Yankees have had at third base this season. If he hits with any consistency and contributes, the Yankees will look to sign him. If he hits better than Kelly Johnson, that will be acceptable as well.

As far as De Paula, he fell behind other pitchers such as Luis Severino, Jaron Long and even Eric Wooten. The former did not even get a whiff of Double-A Trenton, the former is still in Tampa.

De Paula throws a fastball that can reach the upper 90s. Issue is it is almost always straight. In Double-A, a 98 mph fastball that doesn’t move ends up being hit 450 feet.

The Yankees are trying not to trade their blue-chip prospects, such as Gary Sanchez or Severino. They liked pitchers such as Severino and Long much more than De Paula. Headley actually came pretty cheap, for a player, Solarte, who had a chance and didn’t totally adjust to big-league pitching and a pitcher who, this year, is lucky to make it into their second level of prospects,

Severino is two years younger and already looks like he can be a No. 2 starter. De Paula’s development curve is much more involved.

Did the Yankees improve by adding Headley? It’s likely. Did they give up a lot? Not at all.

Despite what some say, the Yankees have some decent pitching depth in their system. De Paula was the perfect level of prospect to send to San Diego if that’s what it took to take a chance on Headley.

De Paula may turn out to be a solid big-league starter, he also may not. His loss to the Yankees system is not all that significant.