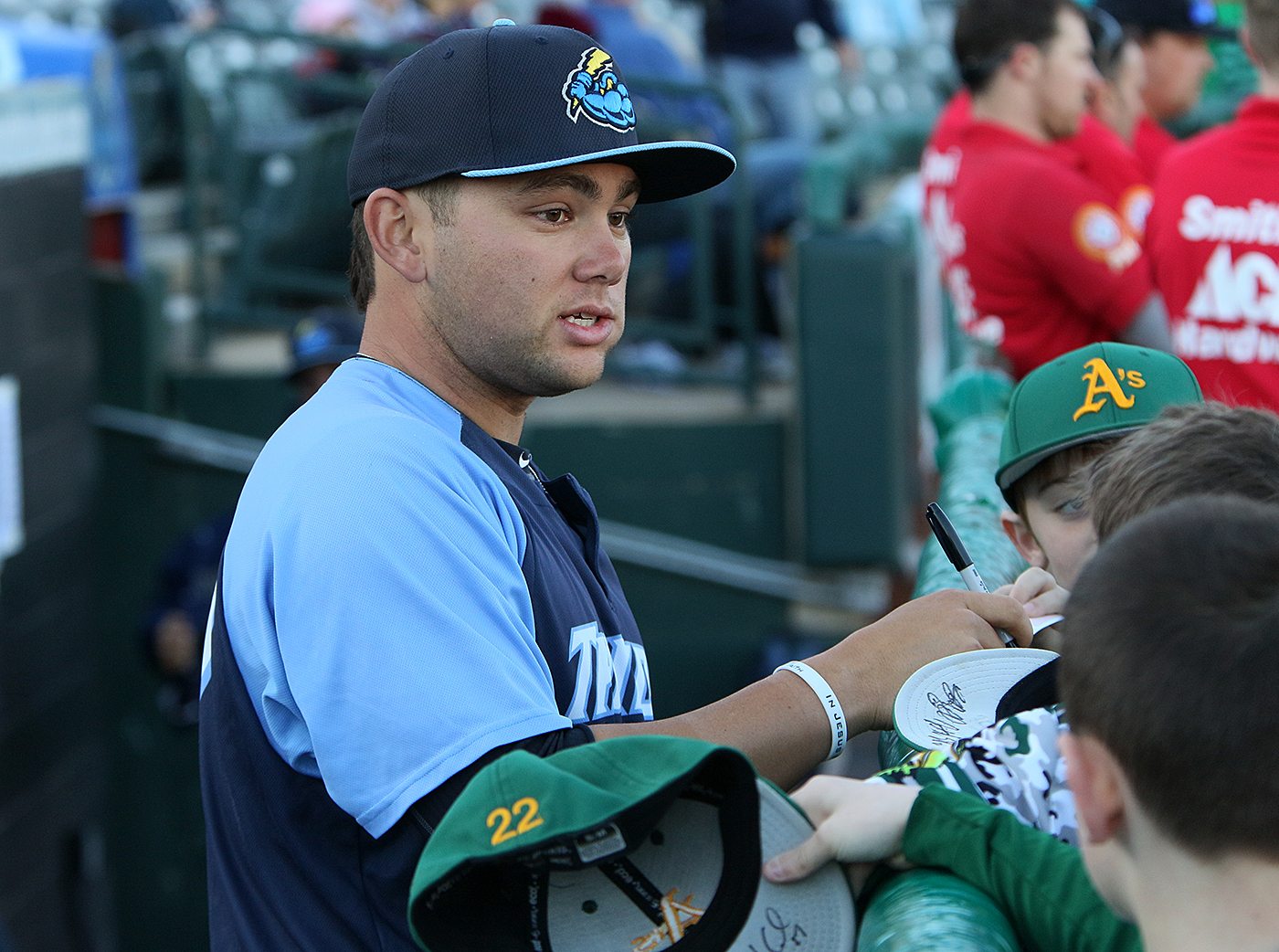 READING, PA – The Trenton Thunder scored the final seven runs in Friday night’s game, but eight early runs held up in an 8-7 win for the Reading Fightin Phils.

Before 8.984 fans at First Energy Stadium, the game got out of the gate quickly for Reading’s offense with a three-run homer by Dylan Cozens in the bottom of the first inning. With runners on first and third base, Cozens launched the first pitch he saw from Matt Wotherspoon over the right-centerfield wall for his 11th homer of the season. He wrested the Eastern League lead from Hartford outfielder David Dahl who entered the day tied with Cozens for first place with 10 home runs.

Reading added a run in the 4th inning and scored four times in the 5th inning for an 8-0 lead. Seven of the eight runs were charged to Wotherspoon who dropped to 0-2 in his two starts this season.

The Thunder offensive rally began with two outs in the top of the 6th off Reading starter, John Richy. Lane Adams singled and Mark Payton followed with a walk which brought Dante Bichette Jr. to bat. The Thunder third baseman hadn’t homered in 84 at-bats dating to April 12th before taking Richy opposite field into the pool in right field to put the first runs of the game on the board.

The game remained 8-3 until the top of the 8th inning when the Thunder faced Tom Windle out of the bullpen and had the first five men reach against him. Four runs were home in the inning and the Thunder had gotten to within a run with runners at first and third base when Tyler Austin struck out swinging to end the inning.

After striking out Austin, Miguel Nunez struck out the side in a 1-2-3 9th inning to fan all four men he faced out of the bullpen.

The Thunder and Fightins go head-to-head again Saturday night with a 6:05 p.m. first pitch at First Energy Stadium. Pregame coverage begins at 5:50 p.m. on 91.3 FM WTSR, 1490 AM WBCB and the Thunder Radio Network.