TAMPA, FL. MAY 18: during the Florida State League game between the Daytona Tortugas (Reds) and Tampa Tarpons (Yankees) on May 18, 2019 at George M. Steinbrenner Field in Tampa, FL. (Mark LoMoglio / Tampa Tarpons)

For this year’s Tampa Tarpons Player of the Year, the winner was infielder Diego Castillo. Our poll had Castillo getting 53 percent of the vote. Castillo got off to a rocky start to begin the 2019 campaign, but he responded with showing his usual consistency as the season went on. 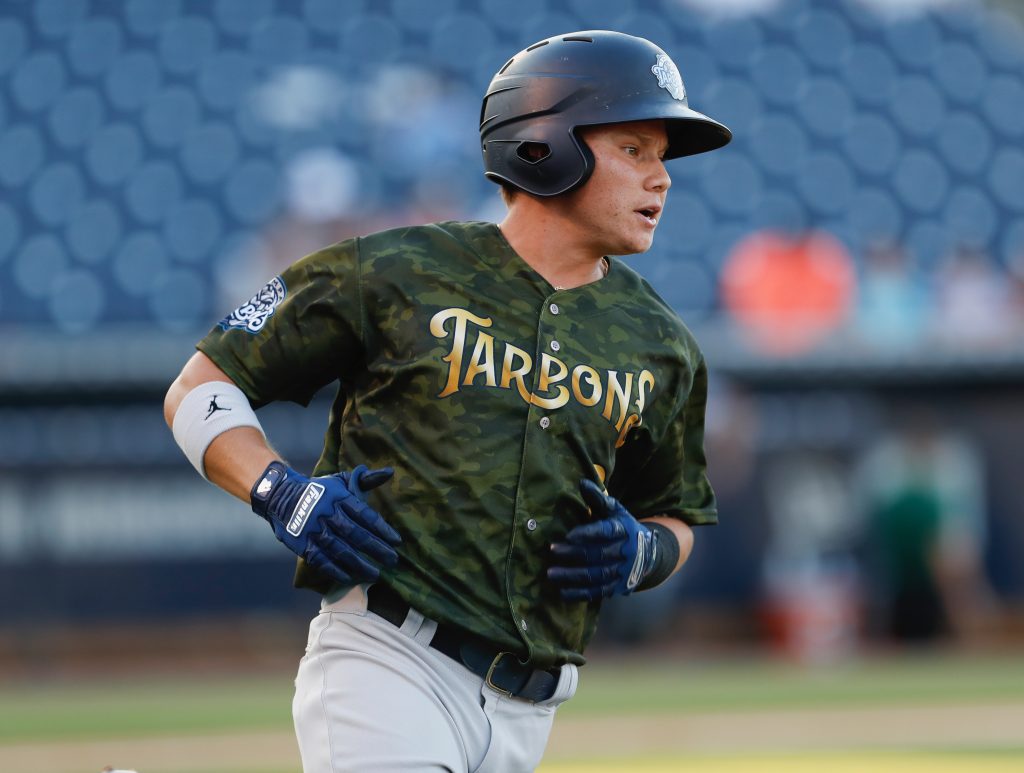 With the Yankees having a logjam organizationally in terms of infielders, it will be interesting to see where Castillo starts in 2020. After being in High-A each of the last 2 seasons, you would think he is a candidate to move up to Double-A Trenton for the upcoming season.

Dermis Garcia was right behind Castillo in the voting with 30 percent. Garcia was mainly the team’s designated hitter and first baseman, but he is mainly known for his power. In just 75 games, the 21-year-old tied a career-high with 17 home runs and had a career-high in RBIs with 54.

Garcia’s season was cut short as he went on the injured list on July 7 and missed the remainder of the Florida State League season. Despite missing the bulk of the second half of the year, Garcia ended the year as the Tarpons’ leading home run hitter and he was third in the entire league in that category.

As an honorable mention, 21-year-old right-hander Miguel Yajure got 7 percent of the vote after being one of the biggest pitching surprises in the system this year. Yajure ended the season at Trenton and for good reason after the dominant stretch that he had in the FSL.

Yajure could be with the Thunder in 2020 and he is a name you can’t forget about going forward as either a starter or a reliever. He isn’t highly acclaimed, but the results speak for themselves.