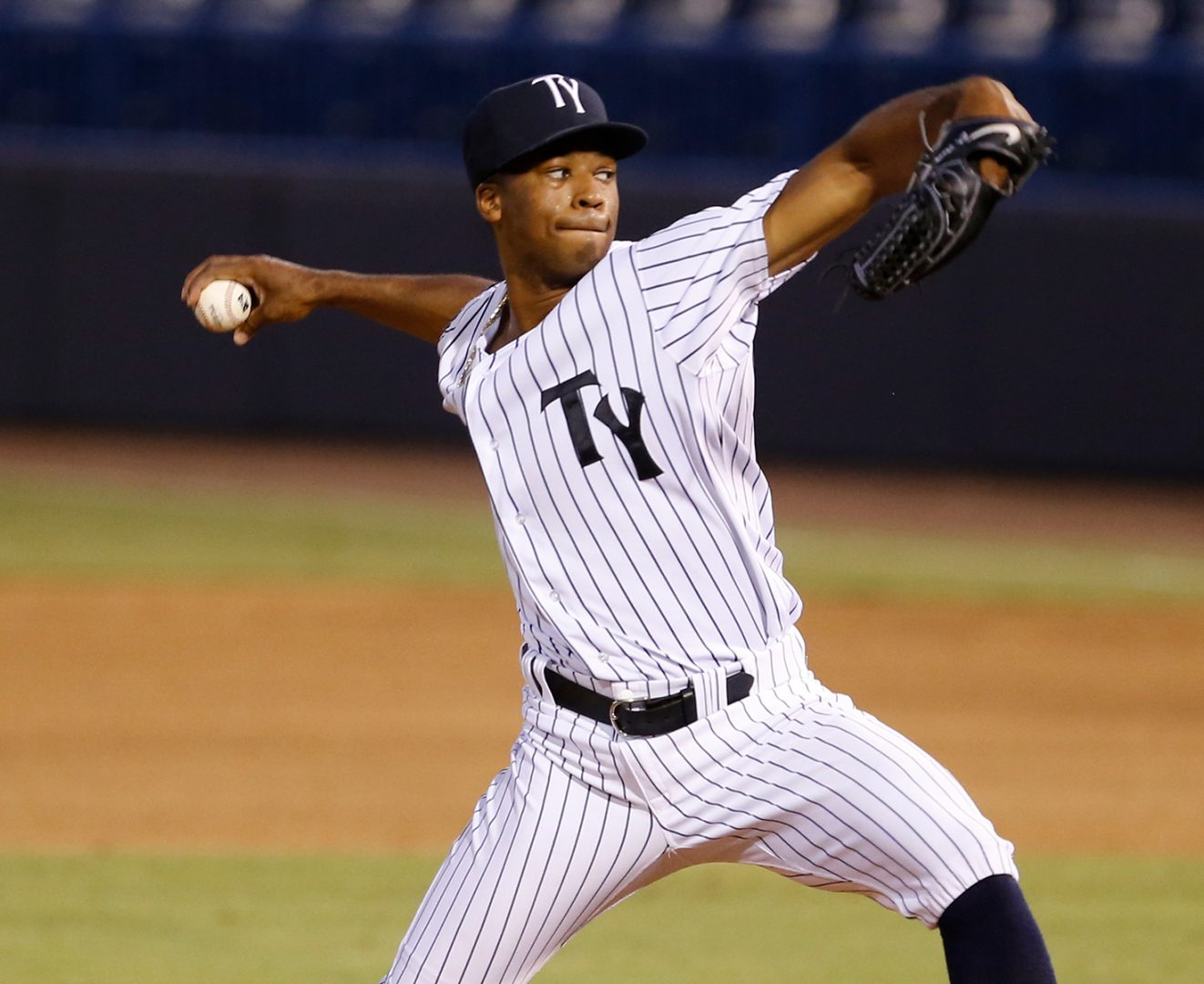 The Tampa Yankees went into Tuesday’s game against the Florida Fire Frogs needing a win to keep up with the Clearwater Threshers for first place in the Florida State League North. Tampa would lose a tie-breaker against the Threshers, therefore their best chances would come from two wins and hopes of a Clearwater loss. Tonight’s game was also a must-see with Dillon Tate making his first start of the season for the Yankees. Coming over from the Carlos Beltran deal, Tate has gone through a lot of changes in the last two seasons. He struggled with the Rangers, as they tried to change his mechanics, which dropped his status as a prospect greatly. However, the Yankees took him and have been trying to bring him back to the top-prospect status he once had. Tate had a shoulder injury in the Spring, but it seems they were holding him in Extended Spring Training to work out more kinks far after recovering.

Tate made his return known immediately, as he started the game with 94 and 97 mph fastballs. His fastball sat mainly at 94-95 mph in the first inning, and he made it through cleanly giving up just one soft-hit chopper up the middle. In the second inning Tate seemingly got really comfortable with his fastball, sitting 96-97 mph on the gun as he struck out the side. Tate would go on to give up just two more hits in his 5 2/3 innings. Those two hits were also ground balls, and most of his outs were ground-outs. The hardest hit ball off of Tate was a line-out to left-field. Tate’s command was probably the most stunning aspect of his performance. It was often he missed the strike zone by a lot, it happened about three to five times total. He mixed his slider (which was sharp and tight) and change-up in beautifully, and was able to use all three of his pitches as finishing pitches. The Yankees love taking in project-arms, most of the time older, but that’s exactly what Tate was after being thrown around by the Rangers. It seems as if the waiting has paid off though, and Tate can be a serious pitcher to look forward to in the future.

As for the offense, the Yankees somehow continue to get it done, despite Chris Gittens being out with his dislocated thumb. Kyle Holder, currently on a hot-streak, went 2-4 with and RBI. Jeff Hendrix pitched in with two RBIs and Jhalan Jackson with one as well. Tito Polo has started heating up again as well, having another multi-hit night, going 2-4. The additional support will be needed with the loss of Gittens, and the Yankees need at least one more game of it to secure an FSL first-half champion title, two seasons in a row.

The Yankees finished off the Florida Fire Frogs 6-0, getting 2 1/3 innings pitched from James Reeves, and an inning from Stephen Tarpley. Reeves hasn’t given up a run since his first game of the season, and Tarpley, making his third appearance of the season, hasn’t given up a hit in five innings. Tomorrow Brody Koerner will try to secure the first-half title for the Yankees as they finish the last game of a three game series against the Fire Frogs.