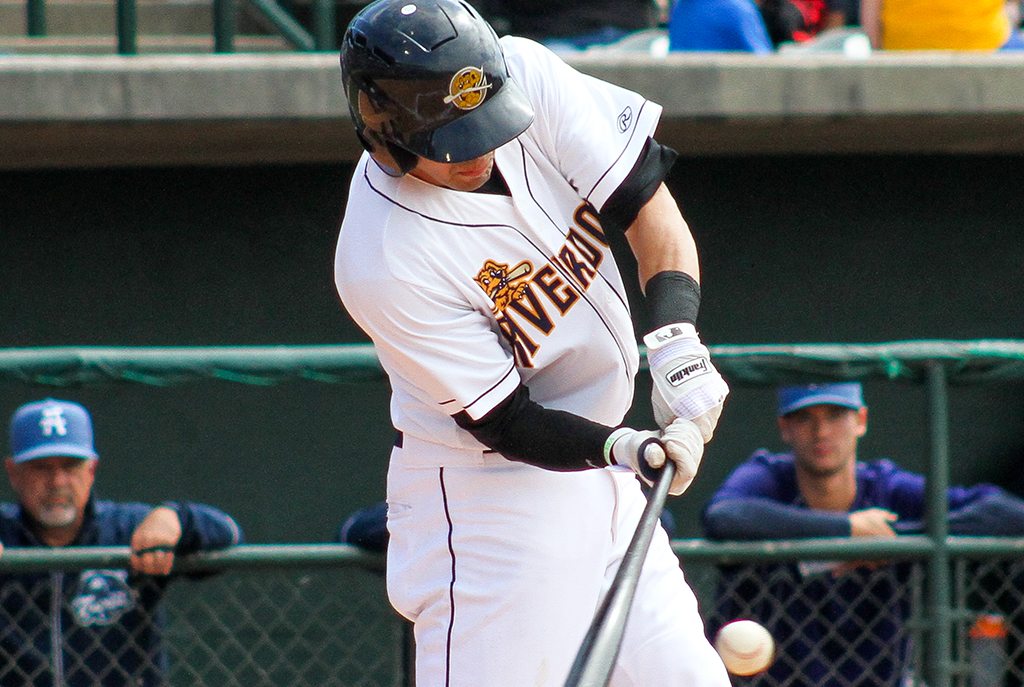 COLUMBIA, SC- The Charleston RiverDogs got another dominant outing from Josh Rogers and Charleston’s offense found their power stroke with a season-high three home runs in the 7-0 victory over the Fireflies on Tuesday night at Spirit Communications Park.

The RiverDogs (10-3) remain in first place in the Southern Division in the South Atlantic League with Columbia (6-7) now trailing five games back.

Coming into the night’s action with just two home runs on the season, the RiverDogs slugged their way to victory in Game Two against Columbia. Thairo Estrada led off the ballgame with a moon shot to left field in the first and another to lead off the seventh for his first two home runs of the season. Drew Bridges also crushed a solo shot to right-center with one out in the eighth in just his second game as a RiverDog for his first of the season.

Rogers (2-1) cruised through his 7.2 innings of work, and dominated right from the start to retire the first eight batters he faced before giving up a single to Milton Ramos in the third. Rogers would allow just three hits all night while punching out eight Columbia batters.

The RiverDogs scored a second time in the first inning before Rogers even stepped on the mound. Trey Amburgey doubled with one out and came around to score on an error by the Fireflies shortstop, Ramos, making it 2-0 Charleston.

In the third, Hoy Jun Park roped a double to right to lead off the inning and scored on an RBI triple to left by Amburgey.

In the fifth, Amburgey raked once again, driving a triple off the right-center field wall for his third extra base hit of the night before being driven home on a single by fellow outfielder Jhalan Jackson that pushed the score to 4-0. Amburgey finished the evening going 3-5 with a double and two triples, making it five extra-base hits in his last two games for the Yankees 30th ranked prospect according to MLB.com.

After the long balls from Estrada and Bridges, Radley Haddad plated the second run of the eighth inning to make it 7-0 on a groundout to second.

For the RiverDogs, it was their largest margin of victory of the year and their third shutout win of the season as they improved to 4-2 in the Palmetto State’s version of the Subway series against the New York Mets affiliate.

The RiverDogs continue the series with the Columbia Fireflies at 11:05am Wednesday morning. The RiverDogs will send RHP Cody Carroll (0-0, 1.23) to the hill while the Fireflies will counter with RHP P.J. Conlon (1-0, 1.69). Fans can tune in on WTMA 1250 AM in the tri-county area as well as online at riverdogs.com. Ticket information for any of the RiverDogs remaining home games this season may be secured by contacting the box office at (843)577-DOGS (3647) or online at www.riverdogs.com.