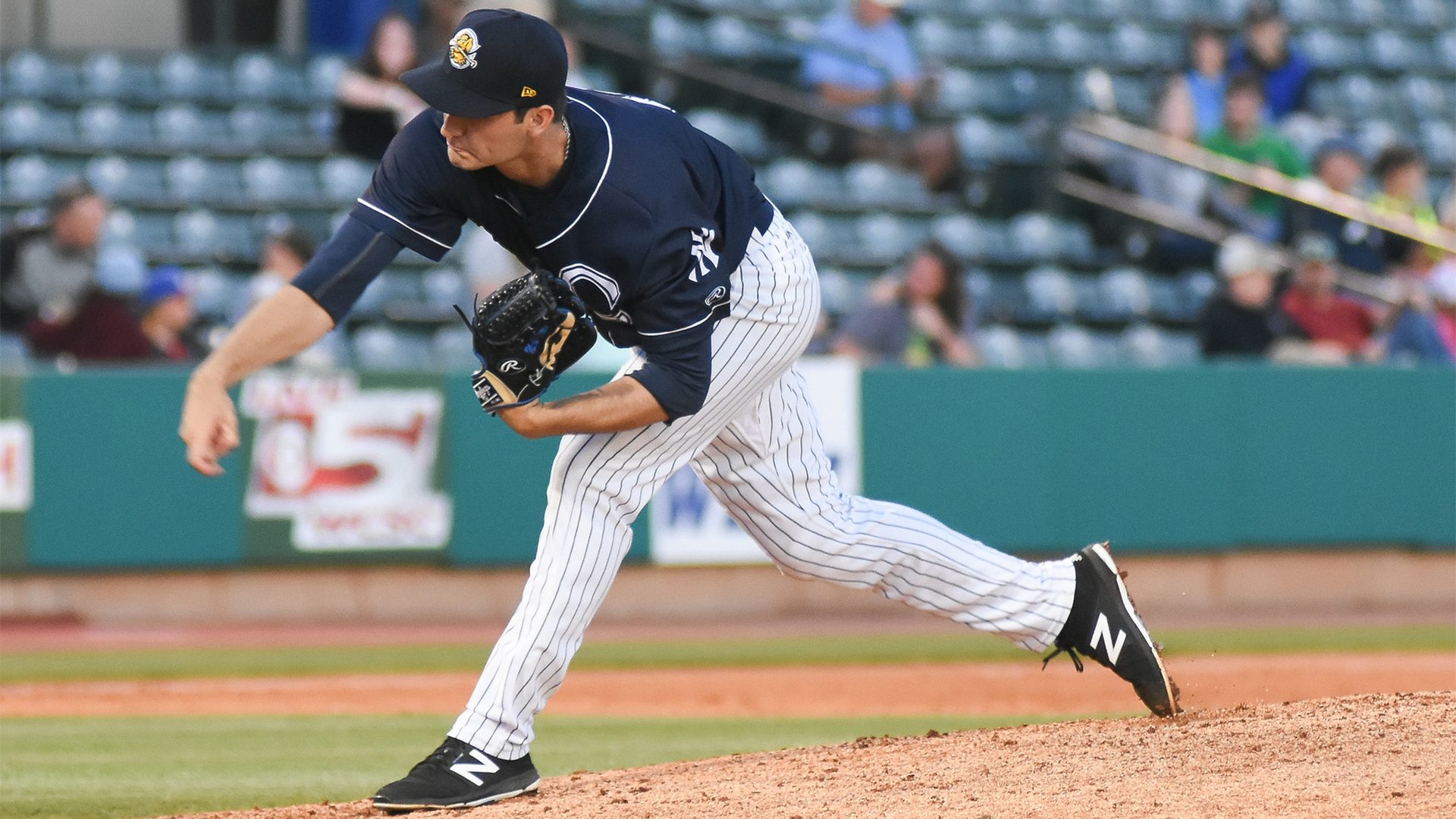 Fueled by a pair of home runs and a great start from Nick Green, the Charleston RiverDogs defeated the Asheville Tourists 3-1 in the first game of a doubleheader at Joe Riley Park.

Green (W, 4-4) pitched a complete seven inning game allowing seven hits, one earned run while striking out four Tourists. “He’s throwing the ball really well the last couple of times out. Tonight he was landing his curveball in the strike zone. When he’s doing that, he’s really tough because his fastball generates a lot of weak contact. He had a lot of ground balls tonight and threw the ball really well,” RiverDogs manager Patrick Osborn said.

Green credited his defense behind him. Luckily I had all of my boys out there making great plays,” Green said. “I’m just going out there battling for my team and hopefully we get the win.”

Green was aided by some nice plays in the field. Most notably a relay play that resulted in the final out of the sixth at the plate on a double off the bat of Colton Welker. Gilliam recovered the ball quickly in right and fired a perfect relay to second baseman Angel Aguilar. Aguilar then fired the ball home accurately to catcher Donny Sands who applied the tag for the out. In the bottom of the seventh, Dalton Blaser made a diving play in left field for the second out.

Blaser started the scoring in the bottom of the third with a laser line drive home run over the right field wall off Asheville starter Alejandro Requena (L, 3-3).

Jose Gomez would tie things up at one for Asheville with a lead off home run in the fourth with a long drive down the left field line.

The RiverDogs would take the lead for good in the bottom half of the fourth. After Donny Sands was hit by a pitch with two outs, Isiah Gilliam blasted a home run over the scoreboard in right-center field to put the Dogs ahead at 3-1, which would be the eventual final.

“(Gilliam’s home run was) impressive. You don’t see many of those in this ballpark. He has that type of power. He’s just growing into his body and he’s learning how to hit a little bit but he’s got some natural raw power that you don’t see a lot,” Osborn said.

Green’s complete game gave the Dogs the luxury of resting their bullpen in game one. “Whenever you got two seven-inning games, you want to conserve happen as much pitching as you can because you never know what’s going to happen over the course of 14 innings. A fresh bullpen and Freicer Perez and we’ll see if we can get another complete game,” Osborn said.

The two teams square off in game two of the doubleheader which will start at 8 PM. The Dogs improve to 30-28 on the season while Asheville drops to 25-32.