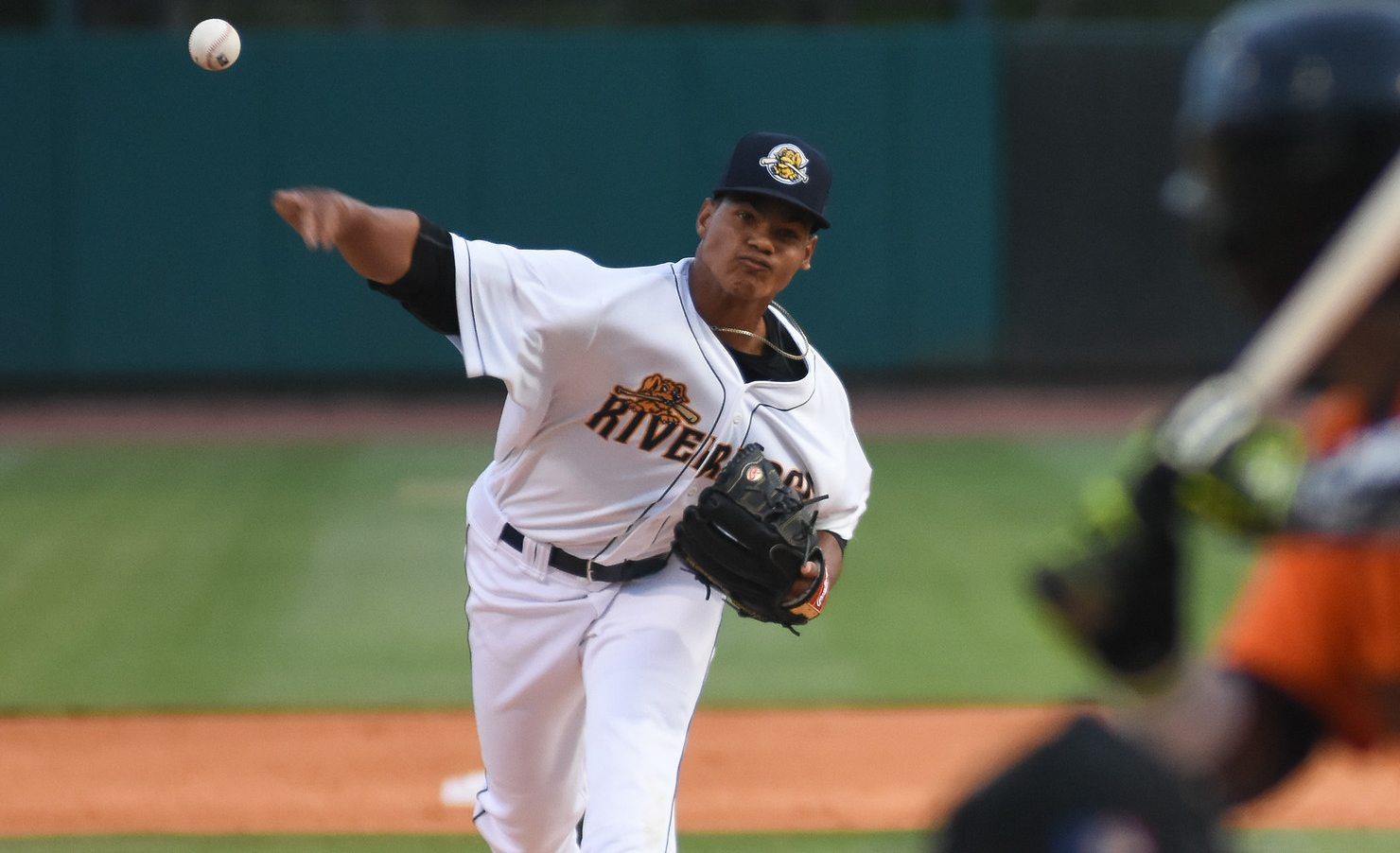 Estevan Florial led the game off for the RiverDogs with a home run to dead center field off Greenville starter Bryan Mata that hit the batter’s backdrop for a 1-0 Charleston lead. Mata would pitch just three innings for the Drive, with that home run being the only run he allowed.

The game would remain 1-0 until the sixth when Greenville scratched together a run. Tyler Hill reached striking out on a wild pitch from Dogs reliever Kolton Mahoney. After Hill was erased on a fielder’s choice groundout to second from Isaias Lucena, Tucker Tubbs lined a single to left field putting runners on first and second. Steven Reveles ripped a single to center field that plated Lucena and tied the game at one.

After seven and a half scoreless innings, the RiverDogs would break through for the walk-off win in the 13th inning. Angel Aguilar singled through the left side of the infield to lead off the inning. Hoy Park couldn’t get a sacrifice bunt down in two attempts. After fouling off several pitches, Park made up for not being able to sacrifice with a single up the middle to put runners at first and second. Blake Rutherford struck out setting up the table for an unlikely hero. Eduardo Navas had entered the game in ninth after starting catcher Donny Sands left the game for a pinch runner in the ninth. Navas hit a floating single to right field off reliever Pat Goetze (L, 1-1). Rightfielder Chris Madera fielded the ball and fired home in an attempt to cut off the run, but Aguilar slid in safely for a 2-1 RiverDogs victory.

“Those are always fun. Usually those types of games end up in some sort of a crazy way. Hoy puts together a heck of an at-bat to get us to first and second and then Navvy gets a base hit and we’re able to sneak one by,” RiverDogs manager Patrick Osborn said.

Adonis Rosa picked up the win in relief by pitching three shutout innings, not allowing a hit and allowing just one base runner on a walk. He improves to 1-1 on the season. “He had command on the inner half of the plate to right handed hitters. Anytime you can do that as a pitcher, it opens up the rest of the plate. He was able to work off of that. He was really, really good tonight,” Osborn said of Rosa’s effort.

The RiverDogs and Drive face each other in the third game of their four game series Saturday night at Joe Riley Park starting at 6:05 PM. With the win, the Dogs improve to 24-23 on the season while the Drive fall to 29-17.