Domingo Acevedo Will Not Pitch Again in 2017 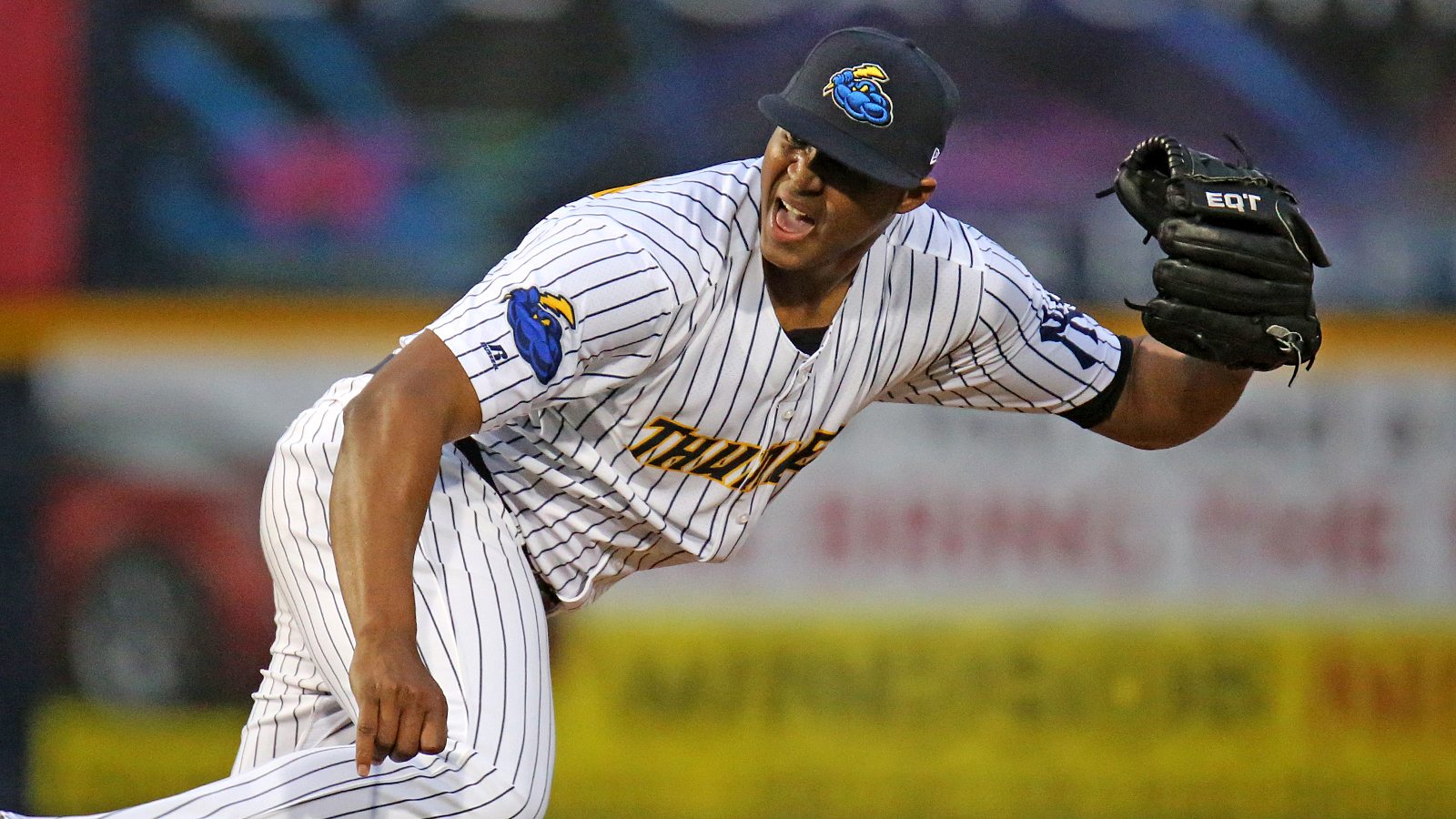 The Yankees have decided to shut down Domingo Acevedo for the remainder of the season.(Martin Griff)

TRENTON – Thunder Manager Bobby Mitchell confirmed on Friday night that top-pitching prospect Domingo Acevedo has been shut down for the remainder of the 2017 season. The 23-year old right-hander tossed a career-high 133 innings this season, far surpassing his previous high-water mark of 93 that was established last season. 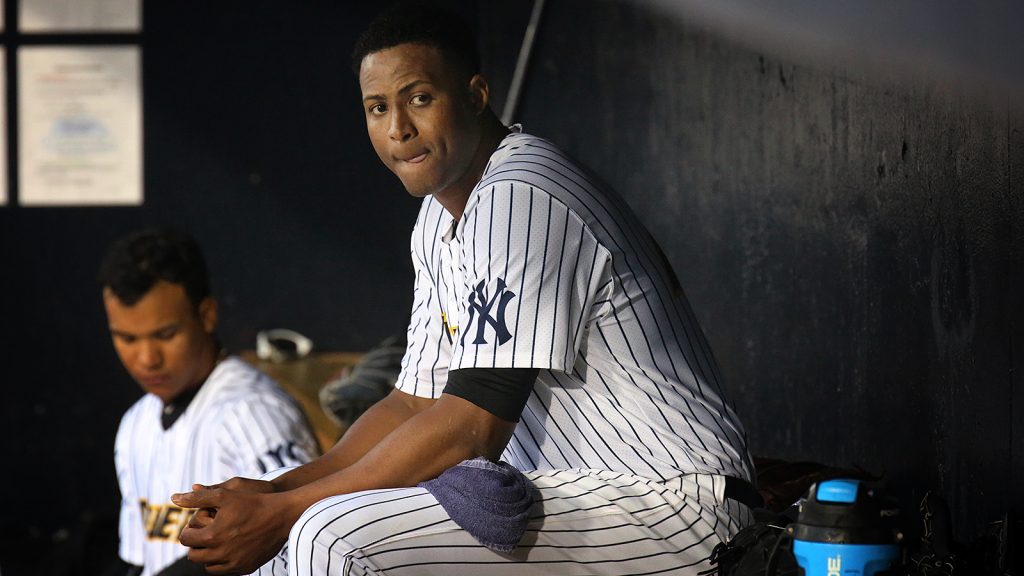 “He [Domingo] will not pitch again this year,” admitted Mitchell. “It is precautionary, just like [Chance] Adams last year, pretty much. He had thrown ninety-something and now he is at 133; that is pretty much the increase that they want per year.”

Acevedo was placed on the seven-day disabled list this past Monday with right shoulder soreness. While the trip to the DL was more precautionary than anything, Mitchell thought that he would have Acevedo back for at least one postseason start, but that will not be the case. 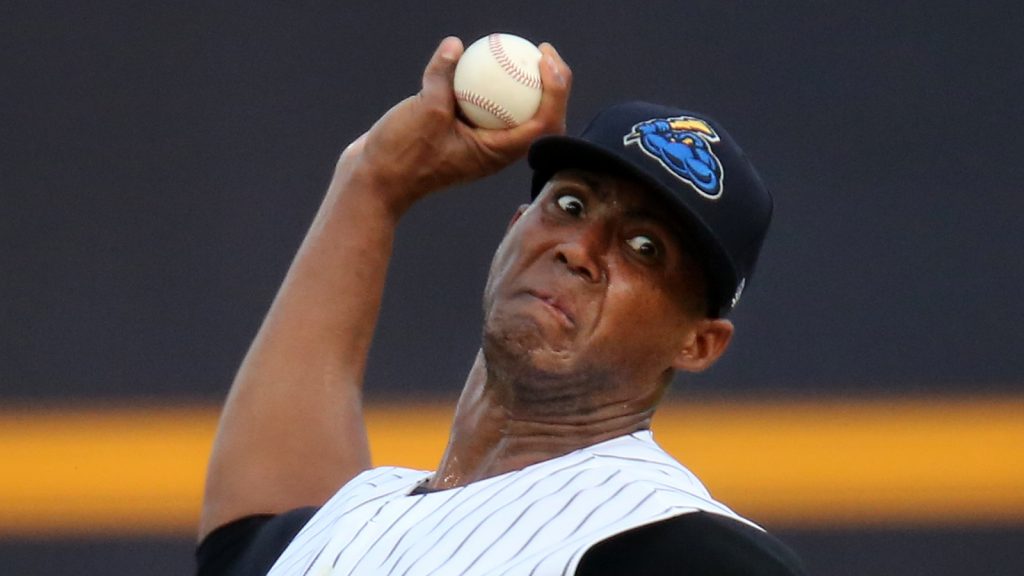 The Yankees ninth ranked prospect according to Baseball America finishes his 2017 campaign after going 6-6 with a 3.25 ERA over 23 starts over three levels. The 6’7″ imposing right-hander fanned 142 batters and issued just 34 walks in stops at Tampa, Trenton and Scranton.

The organization had limited Acevedo to five-inning outings in the second half of the season with hopes of avoiding a potential shut down before seasons end like they were forced to do with Adams in 2016.