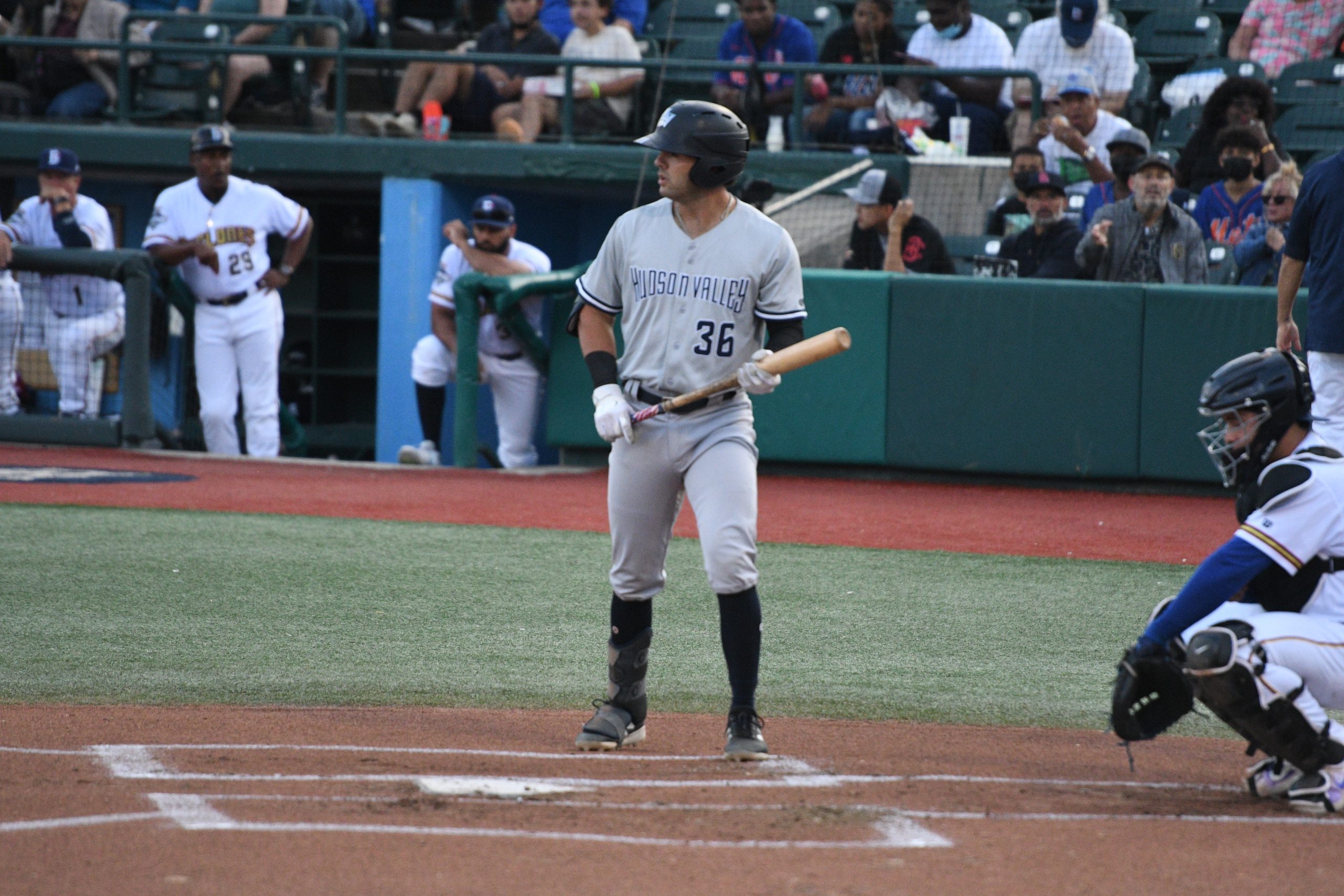 While New York Yankees fans are interested in seeing if the team will make an upgrade at the catcher position this winter, they did help clear the pipeline for the catchers in the system to move up the ladder. On Friday, the Yankees dealt Donny Sands along with RHP Nick Nelson to the Philadelphia Phillies for INF TJ Rumfield and LHP Joel Valdez.

By trading Sands away, it leaves the Yankees void in terms of having a catcher at the Triple-A level. Now, they could always sign somebody this winter to a minor league deal, but it could also mean that now different catchers will get an opportunity to play everyday at different levels in 2022.

If Josh Breaux does not get selected in the Rule V Draft next month, Breaux may have the opportunity to start 2022 at Triple-A. Breaux only got 26 games at Double-A last year, so it might be a little too quick. However, he did have six home runs and eight doubles in those games.

The catcher that has been in the spotlight all season and in the Arizona Fall League this year is Austin Wells. The first-round pick in 2020 has continued to show off his strong hit tool in the AFL. In 18 games, Wells hit .344 with two home runs, 18 RBIs, 13 walks, and an .OPS of 1.034.

Wells did have a decent year in terms of power (16 home runs in 103 games with Low-A Tampa and High-A Hudson Valley), but the hit tool can play up at any level. While some believe Wells needs to work on his defense, he could begin 2022 back at Hudson Valley, but maybe a trip to Somerset next year isn’t that far behind.

Now, the Yankees could go a different direction with their catcher assignments. If they don’t feel Wells is ready for Double-A at the beginning of next season, they could give more of an opportunity to players like Mickey Gasper or Carlos Narvaez.

Injuries halted Gasper’s season last year as he played in 21 games across three levels (.318/.405/.515, 2 home runs, 11 RBIs). If the Yankees want to give Gasper more developmental time behind the plate, they would at least have the option to do that.

As for Narvaez, he was one of the surprises in the system this past year. Narvaez will be 23 on November 26 and he did hit the ball well in a small sample size in Hudson Valley (.304, 2 HR, 13 RBIs in 16 games). Plus, he threw out 38% of baserunners trying to steal. If the Yankees want to give him more of a look at High-A, they have that option while they wait for might be their best young catcher to continue to develop.

That catcher I just mentioned is Antonio Gomez. As Breaux and Wells continue their progression, it allows Gomez the opportunity to challenge himself. He will probably start 2022 in Tampa, but he did walk 10 times despite having a .197 batting average in 17 games. In terms of throwing out baserunners, Gomez threw out 26% of players trying to steal across the FCL and Low-A.

Even with Sands now in Philadelphia, the Yankees system still has a lot of talent behind the plate and we didn’t even include Ben Rice, the 11th Round pick in last year’s draft out of Dartmouth. While losing Sands after a good 2021 due to not having enough room on the roster hurts, it does allow other catchers more opportunities to make household names for themselves when the 2022 season begins.