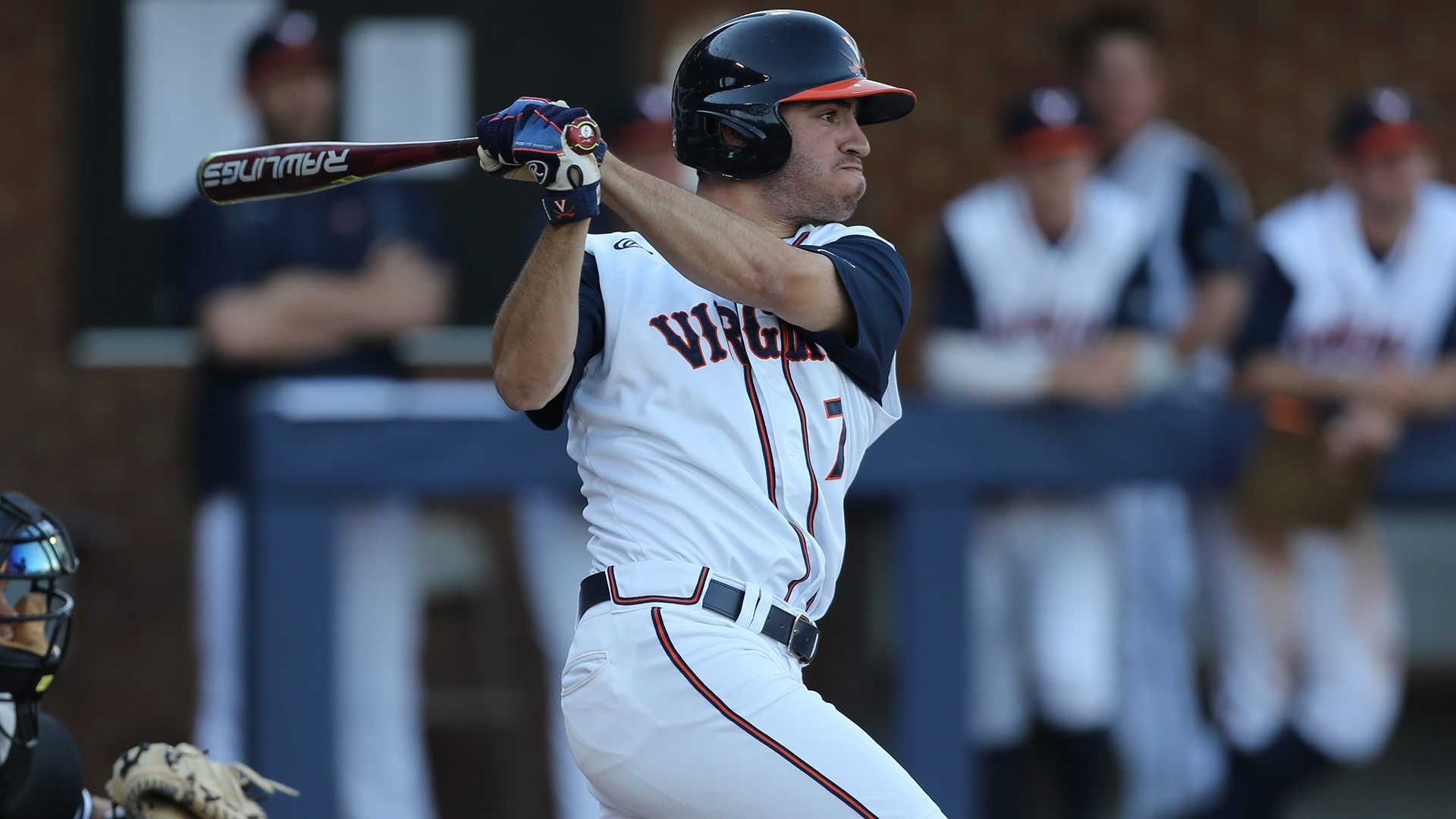 Adam Haseley may have went undrafted in the 2014 MLB draft, but it wasn’t due to lack of recognition—he was ranked as Baseball America’s 233rd best prospect–, but rather due to his strong commitment to the University of Virginia. His commitment was so strong that he sent teams letters telling them not to draft him.

Going to college allowed Haseley to grow into a top-hitting prospect, as he was considered to have a higher ceiling as a pitcher coming out of high school. After 3 years of being a two-way player at Virginia it is now clear that his future in the baseball will be as a hitter.

Haseley’s first two seasons at Virginia were rather average, but he’s really broken out this past season, and is now has the following slash-line: .399/.496/.676. He’s also shown good contact with just 20 strikeouts in 213 PA, and he has shown homerun pop for the first time in his career by hitting a homer every 15.2 at-bats.

Haseley is a well-rounded player who is known for his above-average speed and hitting tool. As a hitter, Adam can spray the ball across all fields, and shows good pitch recognition and patience at the plate. This past season Adam has shown—for the first time—the ability to get more loft on his swing, and as a result has hit twice as many homers as he did in 2016. His newfound power really helps his draft stock, because there is some concern that he will end-up as a corner outfielder. His power is still considered only an average tool, but that’s a big step forward from what it was considered coming into the season.
Additionally, his power numbers will probably improve once he leaves his college stadium and begins to pull the ball more.

He’s considered to be an average defender in center, who might be forced to play a corner position in a few years. This is mostly due to the average strength of his arm. But for now, he’s considered a center fielder because of his above-average speed, and the solid reads he gets on the fly-balls.

Haseley is ranked as the 13th best draft prospect by BA, the 14th best prospect by MLB.com, and as the 11th best prospect by Keith Law. It appears that he won’t fall to the Yankees draft pick, as he arguably the best college outfielder in this draft, and his stock still appears to be rising. In many ways, he reminds of Andrew Benintendi, due to how much his stock rose in his junior year, and because he barely ever strikes out.

Unfortunately, his rise as a prospect means that he will probably not be available when the Yankees pick, but if he is I’d imagine the team would take him.