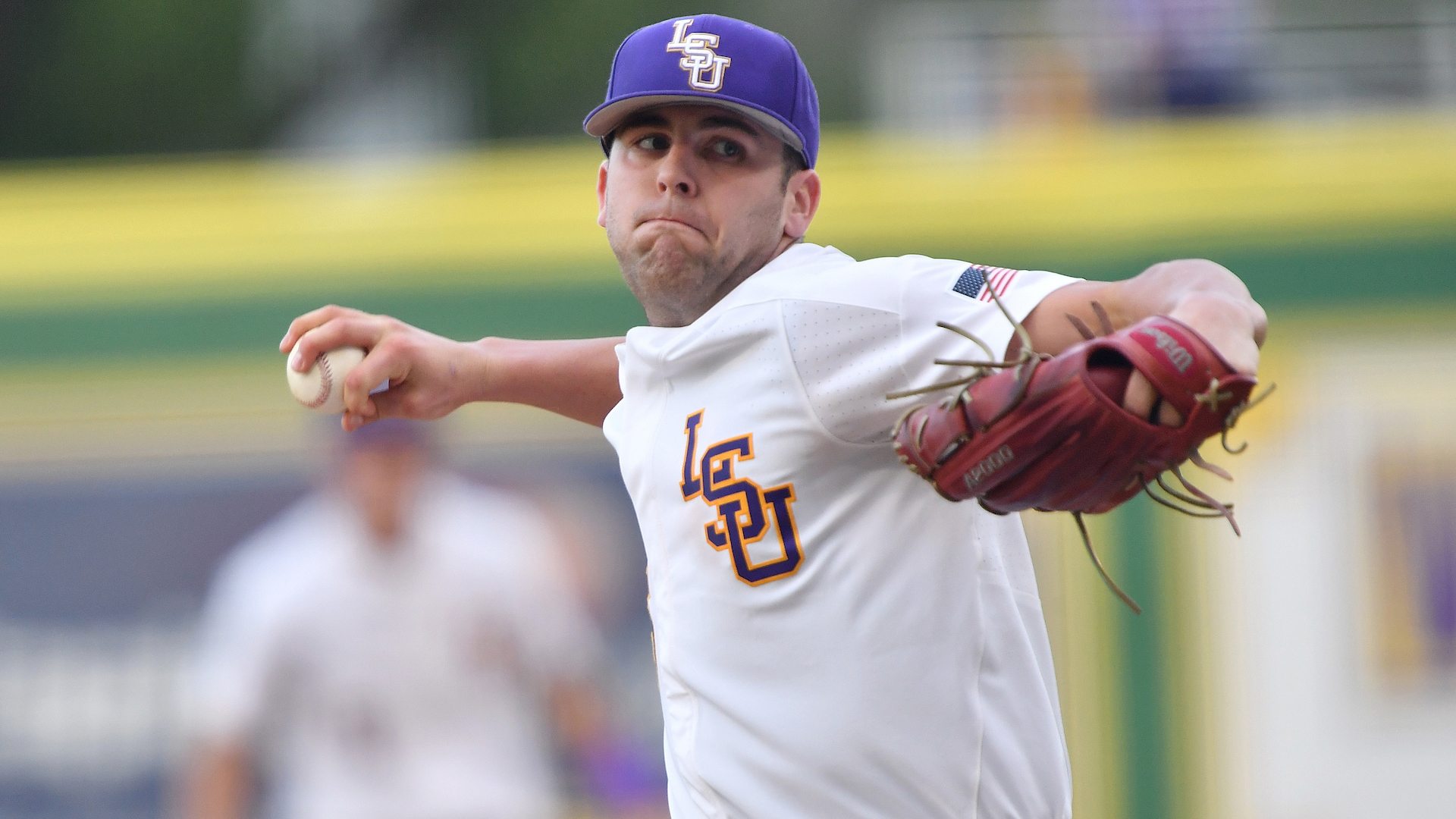 Alex Lange’s strong commitment LSU led him to be undrafted in 2014 draft despite being ranked as the 333rd best prospect by Baseball America. Lange’s game has changed quite a bit since those rankings as he’s evolved as a college pitcher.

As a prep pitcher, Lange threw around 92 MPH, but he now throws 92-96 MP. Additionally, he no longer throws a slider and is now known for his plus curveball. Another key difference between his prep and college career is the consistency of his changeup, as the pitch was arguably his second-best offering in high school, but is now considered to be an inconsistent pitch, though it should be noted he’s been focused on throwing it more the over the past year.

One thing that hasn’t changed for Lange since high school is the questions surrounding the amount of effort present in his delivery. While his delivery hasn’t affected his durability, it occasionally hurts his command. With that said he’s been of one the best pitchers in the SEC, which is the toughest college conference.

Lange is a three-pitch pitcher, who throws a fastball-changeup, and curveball. His fastball and curve are both considered plus-pitches—MLB.com grades them both as 60s—and his change is seen as an inconsistent offering, though MLB.com projects it to be an average pitch. Lange’s delivery has a bit of effort to it and could lead to starts in which he has poor command. He also has been known to overthrow, and at times this also negatively affects his command. His command problems have led some to speculate that he might end up in the bullpen, but his strong track record of health and success should lead teams to use try him as a starter for as long as they can.

Overview:
Lange’s stock has certainly improved since high school, though there are still plenty of questions surrounding his delivery and ability to consistently command pitches in the strike-zone. With that said he has been one of the best strike-out pitchers in college baseball and is one of the safer draft picks in this year’s draft.

Pundits are mixed on Lange’s actual draft value, as Lange is ranked as the 32nd best prospect by BA, the 19th best prospect by MLB.com, and the 41st best prospect by Keith Law. The mix in his rankings is mainly due to his delivery, and the fear that he’ll end up in the bullpen. With that in mind, I feel that the Yankees slot is too high to take Lange, and he probably won’t last until the second round.