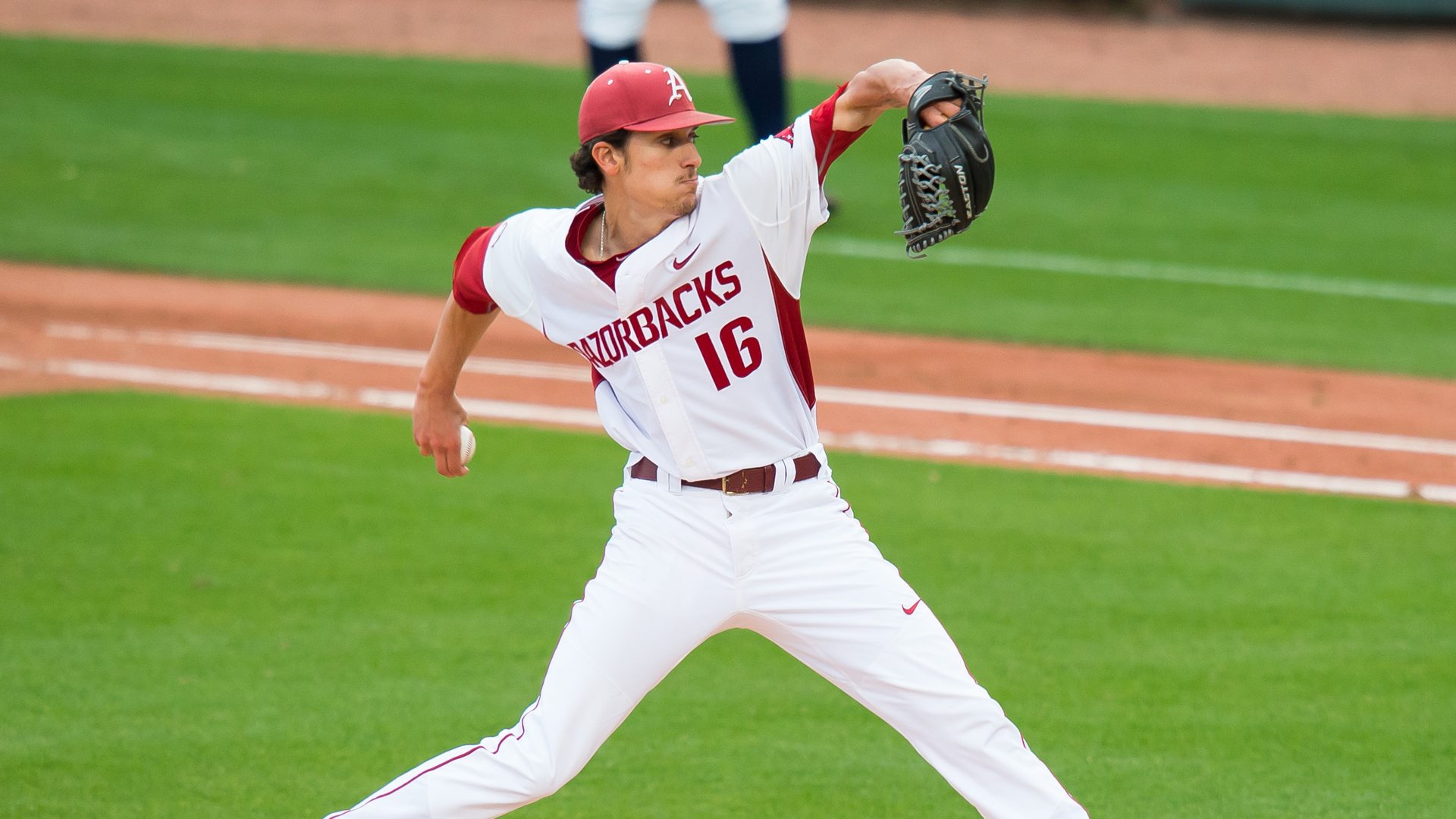 Baseball has been a part of Blaine Knight’s family for generations, his great grand-father, Lloyd Heihtman, played the game professionally, and his father was played it in college. So, Blaine certainly has the pedigree of a baseball. However, coming out of high school there were concerns that he didn’t have the body to play baseball. His lack of size and presence of secondary pitches led to being undrafted in the
2015 draft.

His dominant sophomore year, and his rise a draft prospect is in-part due to hard-work he has put into becoming a stronger player. Instead of playing summer-ball last season, he instead focused on adding muscle to his slight frame. This effort he put in correlates with him reaching 97 MPH this past fall and can be correlated to his dominant sophomore performance.

Blaine is a four-pitch pitcher, who is mostly known for his plus fastball, which sits at 90-94, but has reached 97. It is believed he’ll gain more velocity as he fills out his frame. His second-best pitch is his slider/cutter, which flashes plus potential when it’s on, but he occasionally over throws it. His changeup and his curveball round out his arsenal. His changeup is more advanced than his curve and is currently looked as an average pitch. MLB.com also rates his curve as average. However they’re one of few publishers that seem to like the pitch.

He has above-average control and command of his pitches, and should be able to add more muscle over the next few years.

Overview:
Blaine is ranked as the 88th best prospect by BA, the 58th best prospect by MLB.com, and the 35th best prospect by Keith Law. Knight is expected to go in the third of second round and would be a very intriguing pick for the Yankees. He’s proven to be a solid three-pitch pitcher, who has done very well in college. It’s important that he’s a draft-eligible sophomore, so whoever takes him will have to gauge how willing he is to sign. He has a lot of leverage because he could just go back to school and be drafted as a junior.