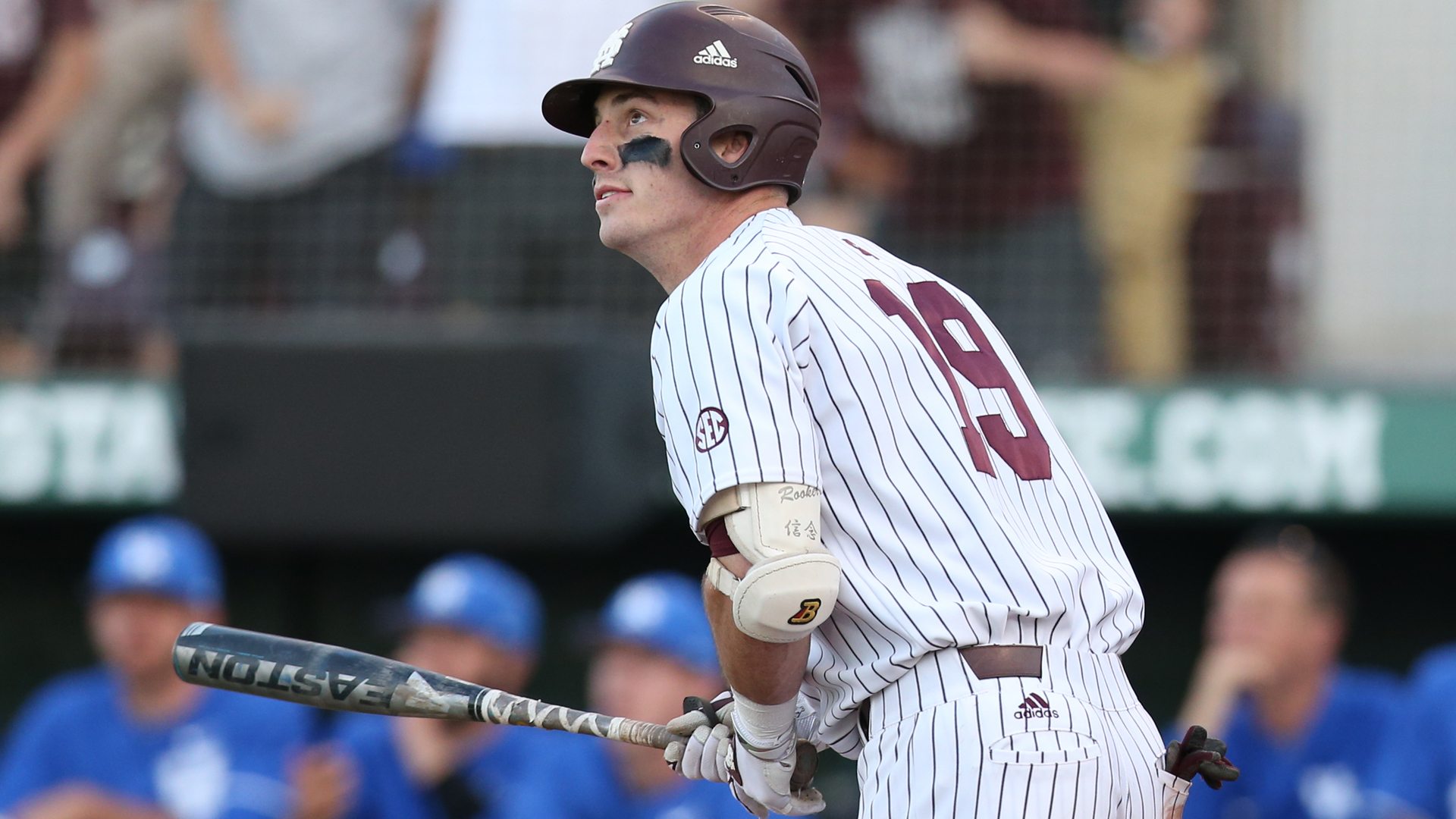 Rooker was a three-sport star in high school—baseball, football, and basketball—who led all his teams to state-wide recognition. Despite his athletic background, he went undrafted out of the 2014 draft and enrolled at Mississippi State. Rooker has had a rocky journey as a college player, he redshirted his freshman year, and only got consistent playing time as a junior.

As a junior Rooker had a .954 OPS and played 58 games. His small breakout led him to be selected in the 38th round of the 2016 draft. He, of course, declined to sign with Twins and opted to play another season in college.
That turned to be a smart decision as Rooker as he’s arguably having the best season of a college hitter. He’s posted the following numbers: .404 AVG, .505 OBP, .843 SLG, .439 ISO, 21 HR, and 18 SB. He’s also in the running to win a triple-crown. The SEC is considered the premier league for college baseball, so far him to dominate the way he has, suggests that he truly is a good hitter. And he’s proved that in wood-bat leagues, as he hit for a .305 average.

Rooker is a well-rounded offensive player, with above-average power, average speed an average hit tool. He’ll need to continue to show good plate discipline, and good results using wood bats, but overall, he’s a good hitting prospect. On defense, he’s considered an average right-fielder but has played first base this past season. Either way, his offense is good enough for any position.

The biggest knock on Rooker is his age, he’s 22-years-old, making him older than most top prospects. With that said I still think he will be drafted within the first two rounds of the MLB draft, because it is a down year for college bats, and he had a pretty incredible year. Rooker is ranked as the 49th best prospect by MLB.com, the 64th best prospect by BA, and was unranked by Keith Law.

I think he’d be a bit of the reach for the Yankees at pick 16, but it’s possible that the team does like him. He did well in the Cape, which is a league the Yankees seem to scout heavily, and he’s improved significantly since this summer. According to MLB.com, his improvement is due to change he made in his swing, which allows him to use his lower body more and generate a quicker swing, which results in more power. If the Yankees are looking for a good hitter, and a way to save some slot money, then he would be an excellent option.