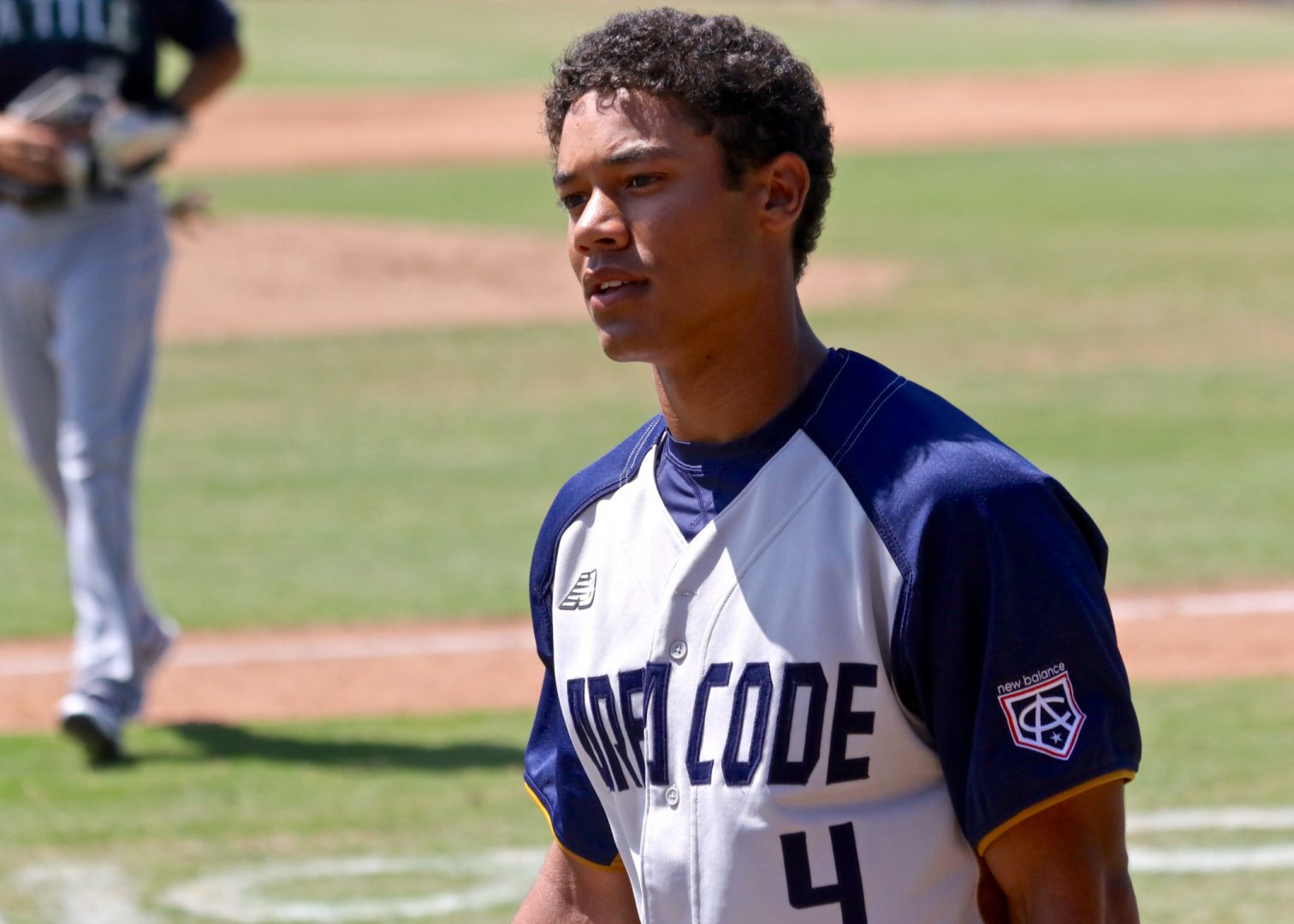 First, let’s talk about how he ended his 2016 year; He led his team to an undefeated record in the Area Code Games, and even had the game-winning hit in their last game. He finished second in the Perfect Game All-American Classic home run derby; he helped American 18 and under team win the AAA Pan-American Classic.

However, he struggled out of his gate recording 0 hits in his first 22 at-bats. While his MLB.com profile says his struggles were related to a change in his swing, but his Rancho Bernando’s legendary coach Sam Blalock—the uncle of former major leaguer Hank Blalock—says the swing looks the same. Blalock claims that Mitchell just needed to clear his head because he was dealing with a lot of pressure.

Below is an excerpt of a column that was done by USAtodayhss.com:

“Any kid to be successful, they have to be confident and feel good about themselves,” Blalock said. “Mechanically, that’s not his problem. He’ll get jumpy now and then, like any hitter, but I’ve watched his swing through the years, and it’s not much different than it ever was. Those other things, the confidence you have when you step an excellent the box, the pressures that are there, they can get in the way of your plan. The swing has always been there. His bat travels through the zone very well.”

As the article points he did rebound from his slow start, and had 11 homers by the end of the season, and was starting to hit like his old self; his average finished at .369. His rebound probably saved his stock from falling too far.

If his school, Rancho Bernado High School sounds familiar to you, it’s because it’s the same school that the Yankees drafted Gosuke Katoh and Drew Finley out of, it’s also the school that produced Cole Hamels and Hank Blalock. Overall the school has had 24 players drafted in the 42-year tenure of coach Blalock, so it goes without saying that he knows what he is talking about when he mentions top-prospects.

One final tidbit is that Calvin’s father was a college pitcher at Fresno State.

Mitchell is known primarily for his hit tool, and Baseball America graded that tool as the third best among prep hitters. Mitchell has a quick swing, and hits the ball hard to all fields, as of now his power tool is projected by MLB.com to be an average tool.

On defense Mitchell is much less exciting, his arm some consider his arm to be below average arm, and he has below average strength, so his future positions are pretty much limited to left-field or first-base. However, it should be noted that his coach has said he has improved his arm strength and his route efficiency. So, it’s possible that he could stick in left, and be an average defender.

Mitchell is ranked as the 78th best prospect by BA, the 76th by MLB.com and as the 23rd best prospect by Keith Law. Mitchell is an intriguing hitter, and if the Yankees could get him in the third-round, I think it would be a nice pick. Even if he’s a first-baseman, he still probably provides enough offense at the position. The Yankees like Southern California players, and have scouted the school before, so I think there’s a good chance that he’s on the Yankees radar. If the Yankees miss out on Nick Pratto I feel that Micthell would be a real consolation, after-all there both known primarily as great prep hitters.