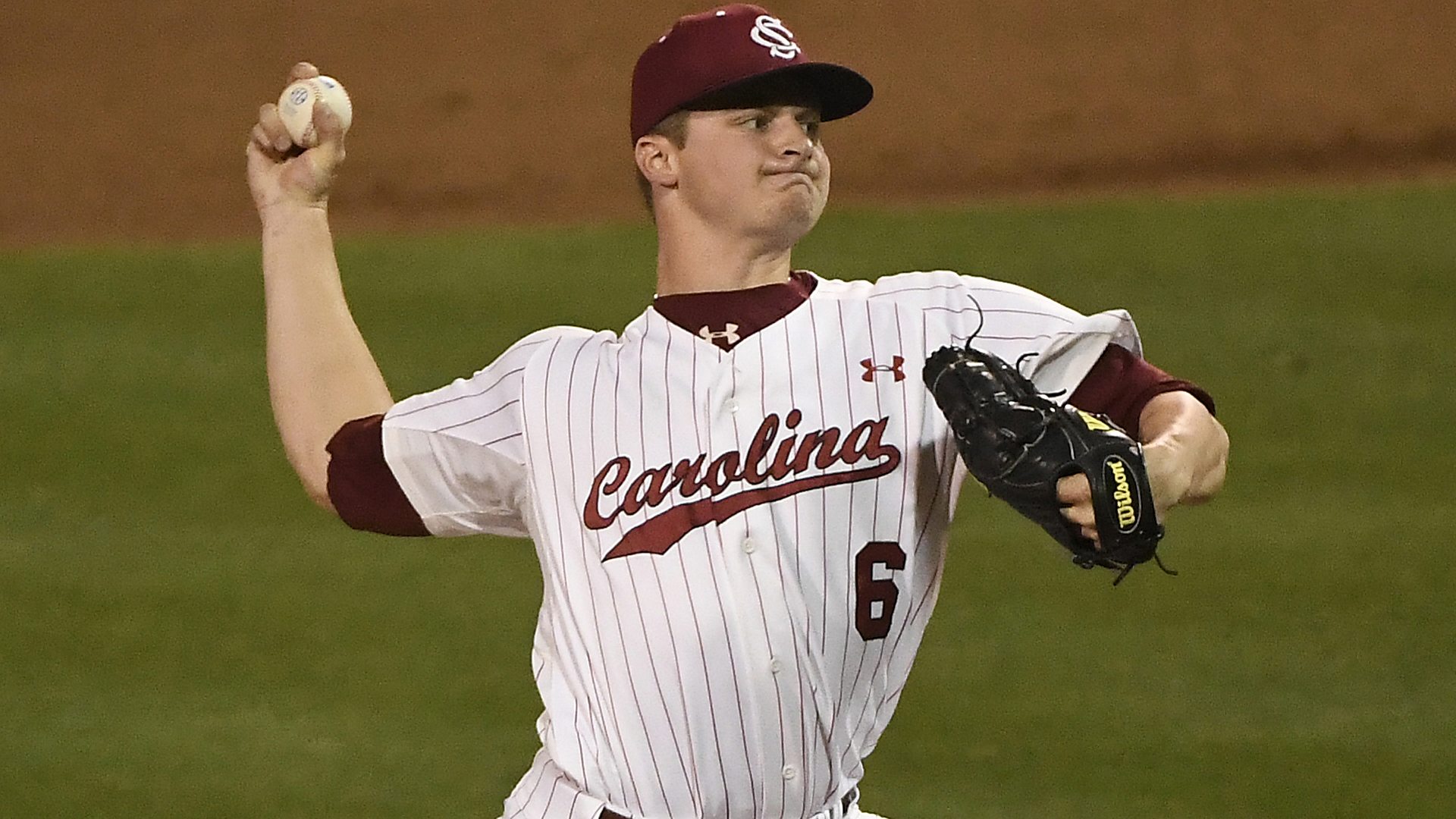 Unlike his brother Clate, Clarke wasn’t considered much of a prospect coming out of high school. He was not ranked as a part of Baseball America’s top-500 list, and went undrafted in 2014. And it was only during his sophomore season at South Carolina that he began to look like he had a future in baseball.

In the past few years, Clarke put on about 30 pounds of muscle—he specifically worked out his legs under the guidance of his conditioning coach– which has helped him throw a lot harder. His fastball was around 90 MPH as a freshman, but he now sits at 92-94 and has reached 96 MPH. His fastball has good sink to it, and is considered a plus-pitch. His two best secondary pitches are his slider and curveball. Both pitches are rated as above-average offerings by MLB.com, though his slider is cited more for being his out pitch, and it has great late break. His last pitch is his change, which MLB.com projects as a grade 50 pitch.

Clarke has average command and control, but has a high-effort delivery, which has made some scouts worry about his long-term durability. Now that he’s injured, those fears will only get magnified and it might lead to Clarke falling out of the first-round of the draft.

Clarke was ranked as the 48th best prospect by MLB.com, the 31st best prospect by BA, and was unranked by Keith Law. In Law’s and MLB.com’s latest mock drafts, Schmidt went undrafted. In Baseball America’s latest mock, he was taken late in the first round. However, it still seems doubtful that he will drop to the Yankees’ second round pick.