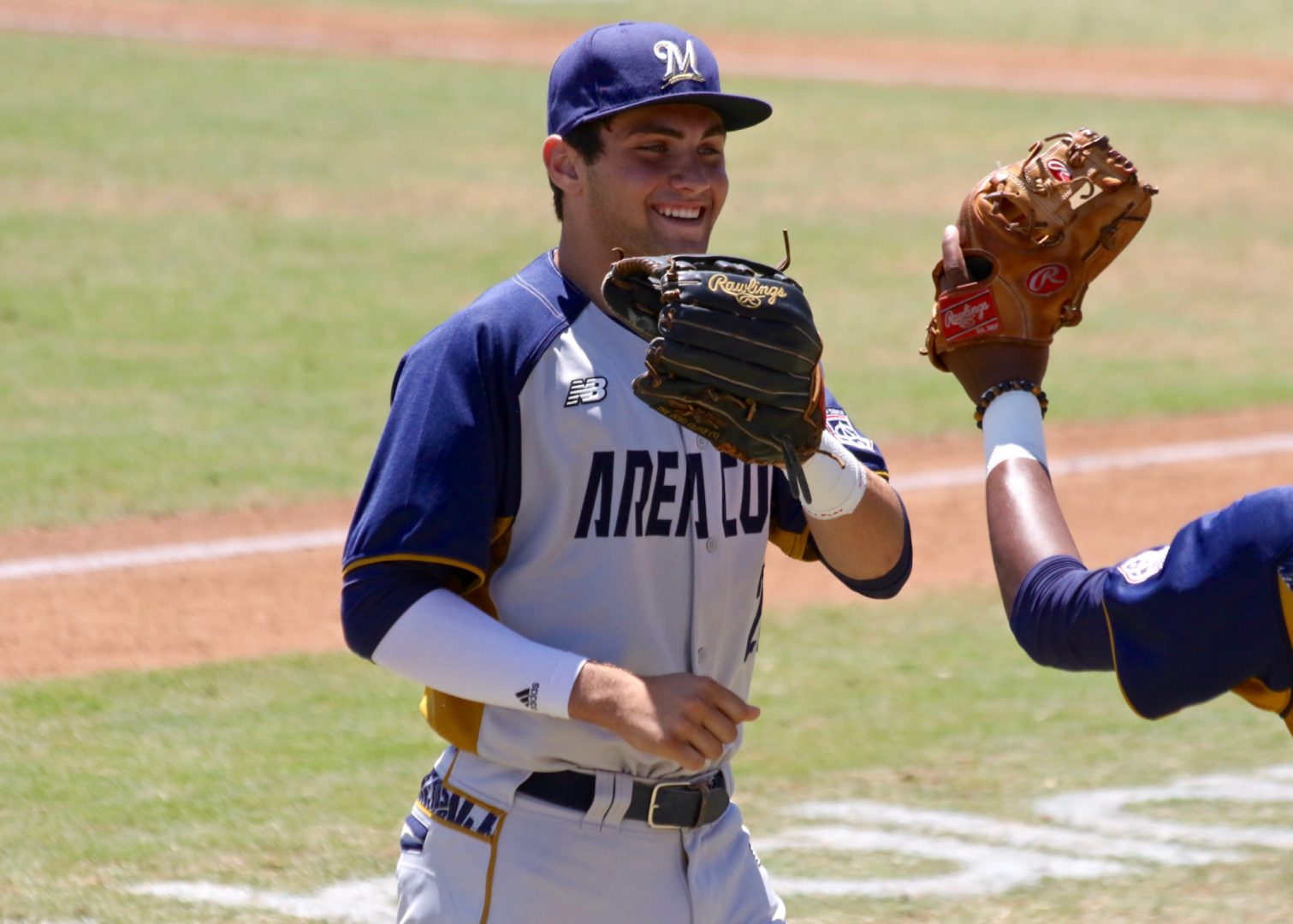 At the age of 9, Garrett Mitchell was diagnosed with type-1 diabetes and wears an insulin pump for most of his daily life. However, his disease has never slowed Mitchell down, and he’s regarded as one of best high school athletes in this year’s draft. Being diagnosed early was a bit of a blessing for Mitchell, as has years to learn to deal with it, and get himself into the routine of taking care of himself. Mitchell knows what his body needs to feel, and has gone the extra mile to make sure he could manage his disease, he even reached out to Sam Fuld, to see how he manages his diabetes.

Mitchell is considered one of the best athletes in this year’s draft. His plus speed and overall athleticism make him a sure bet to stick in center. Mitchell has an average arm in center but makes up for it with his speed, and quick routes instincts.

On offense, Mitchell has shown more raw potential than actual results, especially with his power tool. He has good bat speed, and legitimate power potential but his high strikeout numbers in high school are very alarming and might suggest a poor approach, or poor pitch recognition.

Mitchell is ranked as the 55th best prospect by Baseball America, the 54th best by MLB.com, and the 28th by Keith Law. Mitchell has one of the highest ceilings of any player in this draft. He can have plus speed, defense, and power, but there are legitimate concerns that his power won’t translate into games unless he corrects his hit tool. As a UCLA recruit the Yankees would need a bit of money to convince him to sign, so even if he is available by their second pick, they’d have to strategize a way to make the money work.