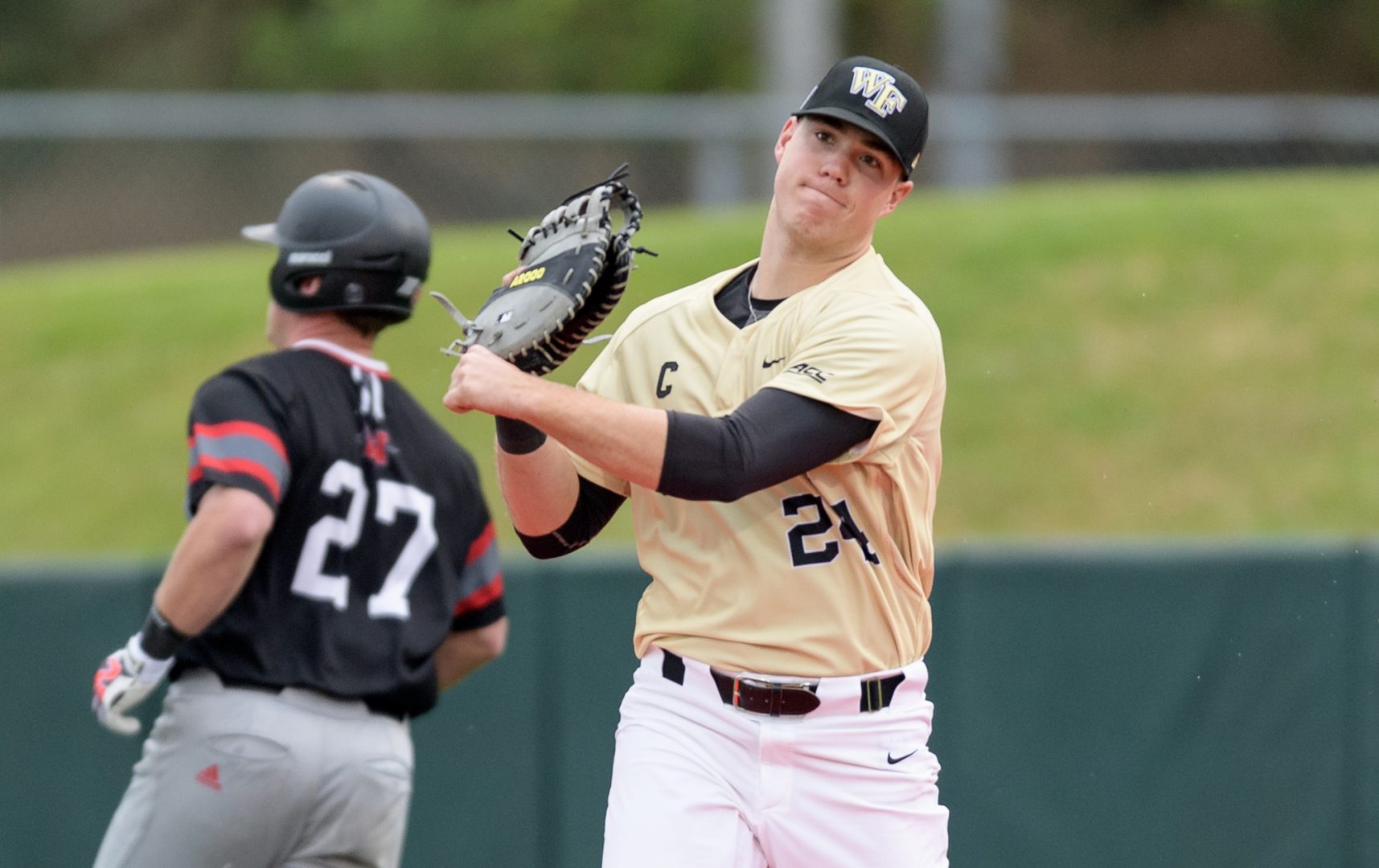 Gavin Sheets is a left-handed hitting first baseman out of Wake Forest. He first attained prominence at Gilman High School in Baltimore, where he set records in multiple offensive categories and was a 37th round selection of the Atlanta Braves in the 2014 MLB Draft. Sheets opted to further his skills against stiff competition in the AAC and make significant gains in each successive season of eligibility.

After hitting just .250 with 2 home runs in 128 at-bats as a freshman, Sheets improved his conditioning and earned Third Team All-ACC honors the following season, hitting .331 against conference opponents. The success carried into his junior season where he became one of the ACC’s most productive hitters, producing a .315/.403/.649 slash line with 15 home runs and 63 RBIs in his first 168 at-bats and boosting his potential draft stock.

Scouting Report:
To the casual observer, Sheets resembles a prototypical slugging first baseman. He is 6’5″, 235 pounds with burgeoning power and careful plate selectivity. His swing features a slight uppercut and a one-handed follow through synonymous with lefty home run hitters. Sheets also displays a tendency to drive the ball to his pull side and will need to use the entire field to avoid facing defensive shifts when he turns pro.

Although noted for his hitting prowess, Sheets is also a capable defender for player his size. He possesses soft hands and a strong throwing arm at first base. Sheets compiled a .991 fielding percentage as a sophomore and did not commit an error in his first 24 games that season. His baseball lineage stems from his father, Larry, who was a second-round pick of the Baltimore Orioles in the 1977 MLB draft and played eight years in the major leagues.

While most teams select players with the highest potential in the first round of the draft, second round picks are typically individuals with a slightly lower ceiling but an equally proven track record. After a strong showing at Wake Forest, Sheets finds himself in that category and appears likely to become the second consecutive Demon Deacons’ player taken in the first two rounds of the draft after third baseman Will Craig went 22nd overall to the Pittsburgh Pirates last June.

With the 54th overall pick in the second round, the Yankees could look at Sheets as a possible sleeper pick and have him develop in a similar fashion as last year’s second-rounder Nick Solak out of Louisville, who reached High-A Tampa in his first full season of professional baseball and ranks as the Yankees’ 19th best prospect according to MLB Pipeline. Sheets may have a chance to quickly progress through a minor league system given his makeup and background.