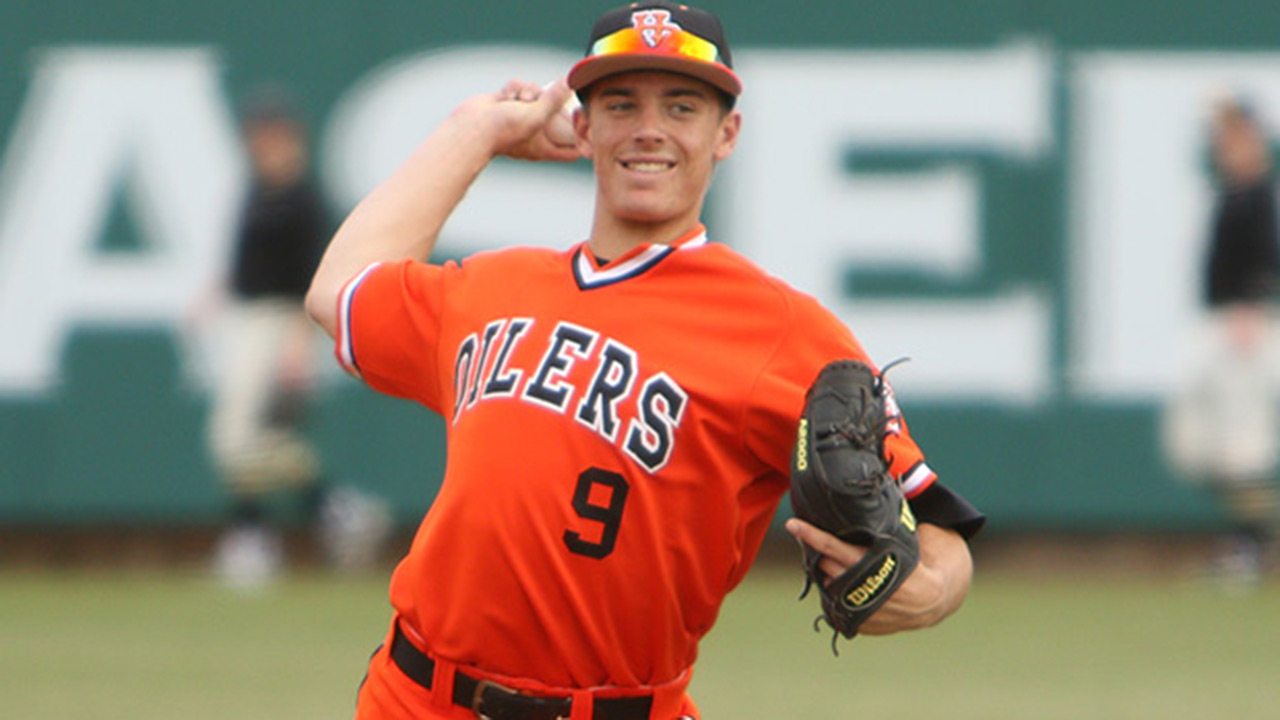 Background:
There’s a lot of decent two-way players in this draft, but for the most part, there aren’t a lot of tough decisions surrounding those players. Meaning we know what position a guy like Shane Baz or Nick Pratto should play. That’s not the case with Hagen Danner; scouts are still unsure whether he is better on the mound or as a catcher.

Like the previously scouted Nick Pratto, Danner has been a known entity since little league. His most notable game came in a semifinals game versus Pennsylvania where he struck out 12 batters and homered.

Scouting Report as a Catcher:

Hagen is a good defensive catcher, he has a plus arm and has good mobility and athleticism. He has also shown good pop-time on his throws. As a hitter, he has plus raw power, but some question his bat-speed and think he’s too dependent on pulling pitches. Like most catchers, he has below average speed. Overall, his offense should be good enough to play in the majors; assuming he’s able to stick behind the plate.

On the mound, he’s believed to have a bit more potential. He throws his pitches from a high-arm slot, and he has shown the ability repeat his delivery. He has a plus fastball that sits in the mid-90’s and has good life. In addition to his fastball, he throws a solid 12-6 curveball, nd a changeup with good fade. His changeup is currently graded as an average pitch, but many expect to eventually be above-average.

Danner has good control of all his pitches, and is thought to have good mechanics. He occasionally struggles with command, but overall is less raw on the mound than you’d expect from a player that splits half his focus between two positions.

Danner was ranked as the 46th best prospect by Baseball America, 41st by MLB.com, and the 30th best prospect by Keith Law. Danner is an intriguing prospect on both sides of the ball, but based off his scouting reports, I feel that he might have more potential on the mound. In recent mocks Danner hasn’t been selected in the first-round, so it’s possible that he makes it to the Yankees second pick. However, thus far he hasn’t been linked to the Yankees.