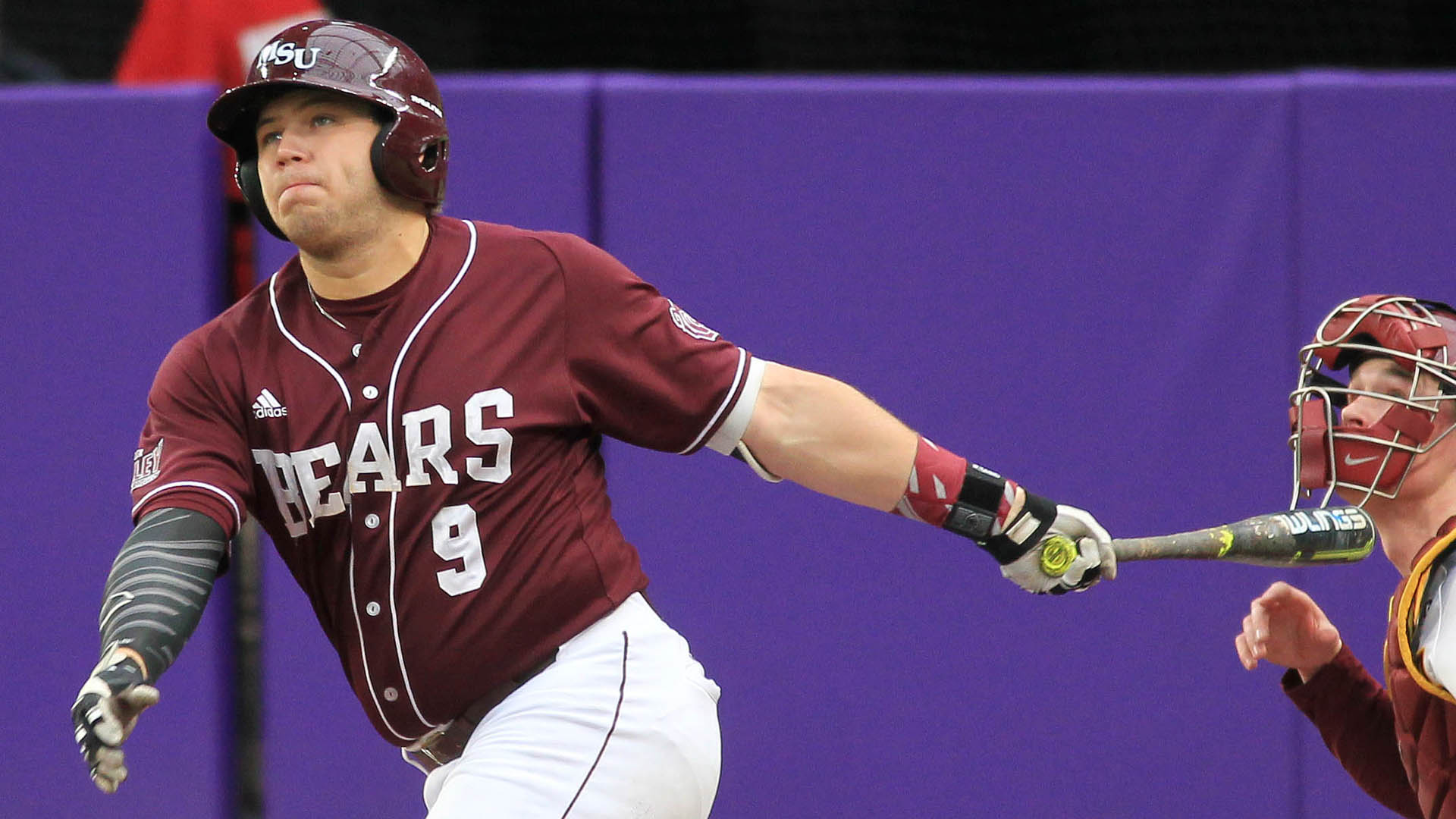 Burger comes from a very athletic family, both of his parents were collegiate athletes at the University of Evansville. His father was played baseball, and his mother is in the UE Hall of Fame after an impressive tennis career. His sister is also considered a good athlete and currently, plays tennis at Missouri. Jake, of course, a stand-out baseball player in Missouri, and stands to become the first Missouri position player ever to be selected in the first-round.

This is remarkable when you consider the fact that he was undrafted out of high school, and wasn’t ranked as a part of Baseball America’s top 500 draft prospects. However, his prospect status has soared since entering college. His rise began almost instantaneously as he awarded various honors during his Freshman season. These honors include ABCA/Rawlings First-Team All-Midwest Region, MVC Freshman of the Year, D1Baseball Freshman All-America, and Baseball America First-Team Freshman All-America.

While his Freshman season was impressive, he’s only gotten stronger in the following two years. In 2016, he hit 21 homers in 56 games—he only had four his freshman year—and had an OPS of 1.109. He won the following awards following his sophomore season: ABCA/Rawlings First-Team All-Midwest Region, First-Team All-MVC, Baseball America Third-Team All-America (2016), Collegiate Baseball Louisville Slugger Second-Team All-America, ABCA/Rawlings Gold Glove Award.

And while award season isn’t over yet for this season he should get a lot more honors, as he currently has the best year of his career. So far, this season he’s been even better; he raised his OPS to 1.163, and has posted better walk and strikeout numbers. As of May 13th, he has walked (35) more times than he has struck out (28). He’s hitting homers at a better pace than in 2016, as he has 20 homers in 48 games.

Burger is a well-rounded offensive player, who has great power but also has good contact skills and a good eye at the plate. According to MLB.com he also has average speed out of the box, and has the potential to be an average defender at third, with that said there are some that disagree and think he will eventually have to move off third base. However, his bat would make him a valuable player at any position.

Burger was ranked as the 16th best prospect by MLB.com, the 24th best prospect by ESPN, and as the 19th best prospect by Baseball America. So, he should theoretically be available when the Yankees make their selection. Burger would be an intriguing pick, because he’s an excellent hitter, and he would move through the system quickly, but there’s a good chance he will have to change positions. I feel that his bat is strong enough for the Yankees to take that risk. In a way drafting Burger would be a similar gamble to the one the team made in 2013 when they selected Eric Jagielo.