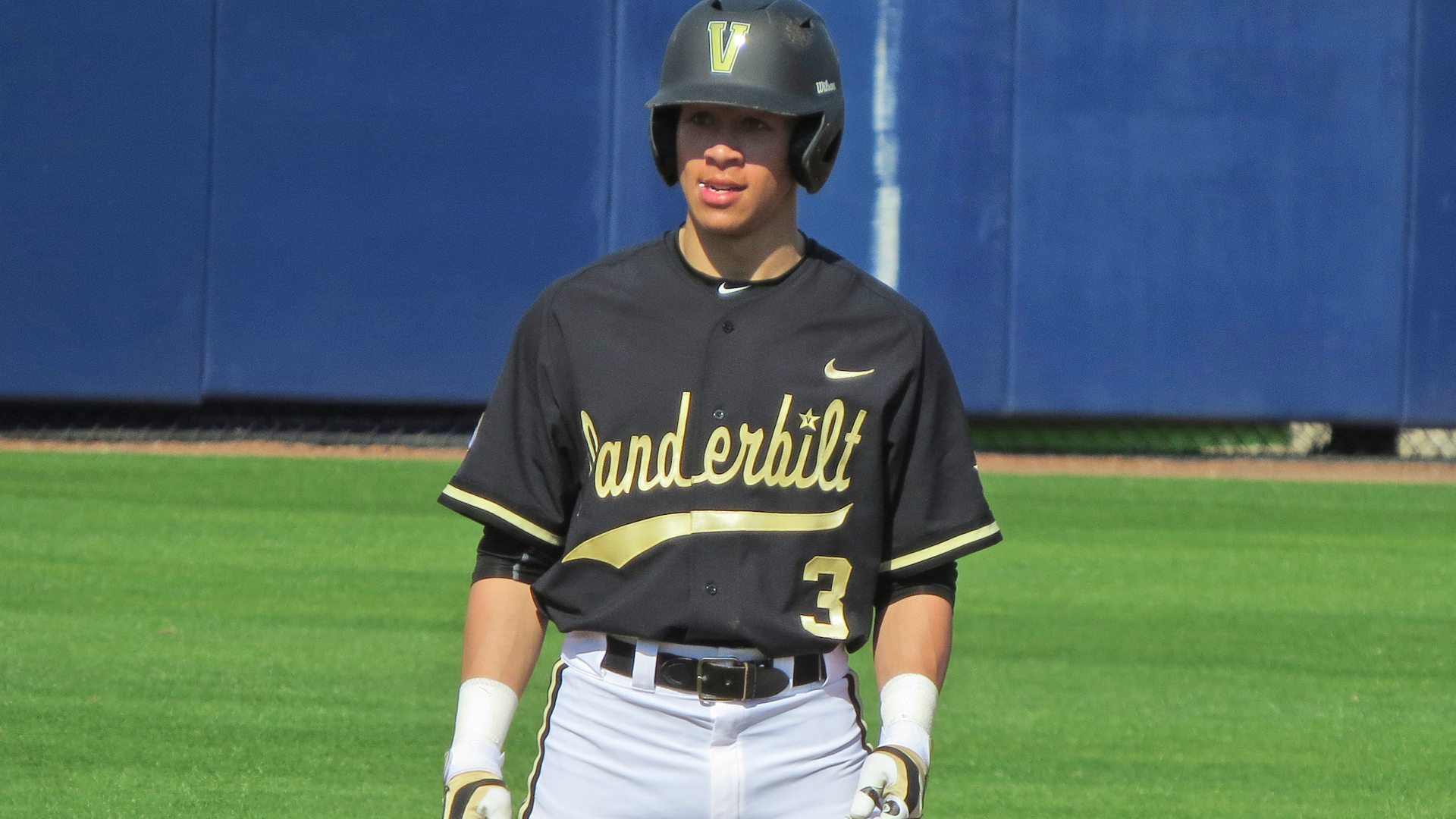 For the most part, the profiles I’ve done so far included a lot of prospects who have had their draft stock significantly go up in the past year. That isn’t the case for Jeren Kendall, as he came into the year with much more draft hype than he has now.

Kendall has been a highly regarded prospect since high school and was projected to go in the first-three-rounds of the 2014 draft, but signability concerns dropped him to the Red Sox in the 30th round of the draft.

He was considered the 88th best prospect in the draft by Baseball America, and scouts felt that he had one of the most intriguing set of tools in the entire class. His biggest weakness at the time was his power tool, which scouts thought was well below average. As a prep player, he was profiled to be a future leadoff hitter, because he had plus-plus speed.

However, once he got to college he grew 2-3 inches (varies by report), and added about 15 pounds, and suddenly his power tool became a weapon. Unfortunately, his tool didn’t progress in the same way and is now a big reason why his stock has fallen over the past few months.

Overall Kendall has put good college numbers, but his strikeouts have been a major problem. Over the course of his college career, he has struck out 189 times in 785 plate appearances. This season his K% is at 25%, which was worse that it was during his sophomore season (21%).

Jeren Kendall is the son of Jeremy Kendall, a former minor league player for the Philadelphia Phillies. Jeremy’s biggest achievement in baseball – besides reaching AA—is stealing 62 bases in a season. His son certainly has his father’s speed and has good instincts on the base paths so it’s possible that he could match or beat his dad’s number.

Kendall is an extremely toolsy player, who might have more tools than anyone in this draft. While his hit tool is lagging, his other four tools are all considered to be at least average. His best tool is his speed which some have graded as an 80 on the scouting scale. Both his arm, and his defense tool are considered plus; he has a strong, accurate arm, and great range and instincts in center.

His offensive tools are much less exciting, he does average pop, but one must wonder how much of his power will show up in games if he doesn’t improve his hit tool. And improving his hit tool will not be easy, because not only would he need to rework his swing, but he also has struggled with pitch recognition.

Kendall is ranked as the 6th best prospect by MLB.com, 17th by Baseball America, and 10th by Keith Law. In recent mocks by all three of the above publications, Kendall was drafted at pick 11. Even if he falls further, I do not see the Yankees taking him. While it would be a good value pick at that point in the draft, I think the conservative Yankees would want more of a sure thing at pick 16.

It also doesn’t help that he has struggled mightily in the Cape Cod League, He’s played in the Cape for the past two summers and put up the following slash line: .216/.286/.333. And he struck 35 times versus getting 10 walks. In the past, the Yankees valued strong Cape performers, and his performance at the Cape support the notion that his offensive game will be exploited versus tougher competition.

Someone will still take Kendall, after all he could provide real value even he doesn’t become a good hitter. BA considers him college athlete in this draft, and rank top three in the following category: college speed (2nd), college arm (1st), and college outfield defense (3rd). So, there’s some good reasons why a more of risk taking team would draft him early.