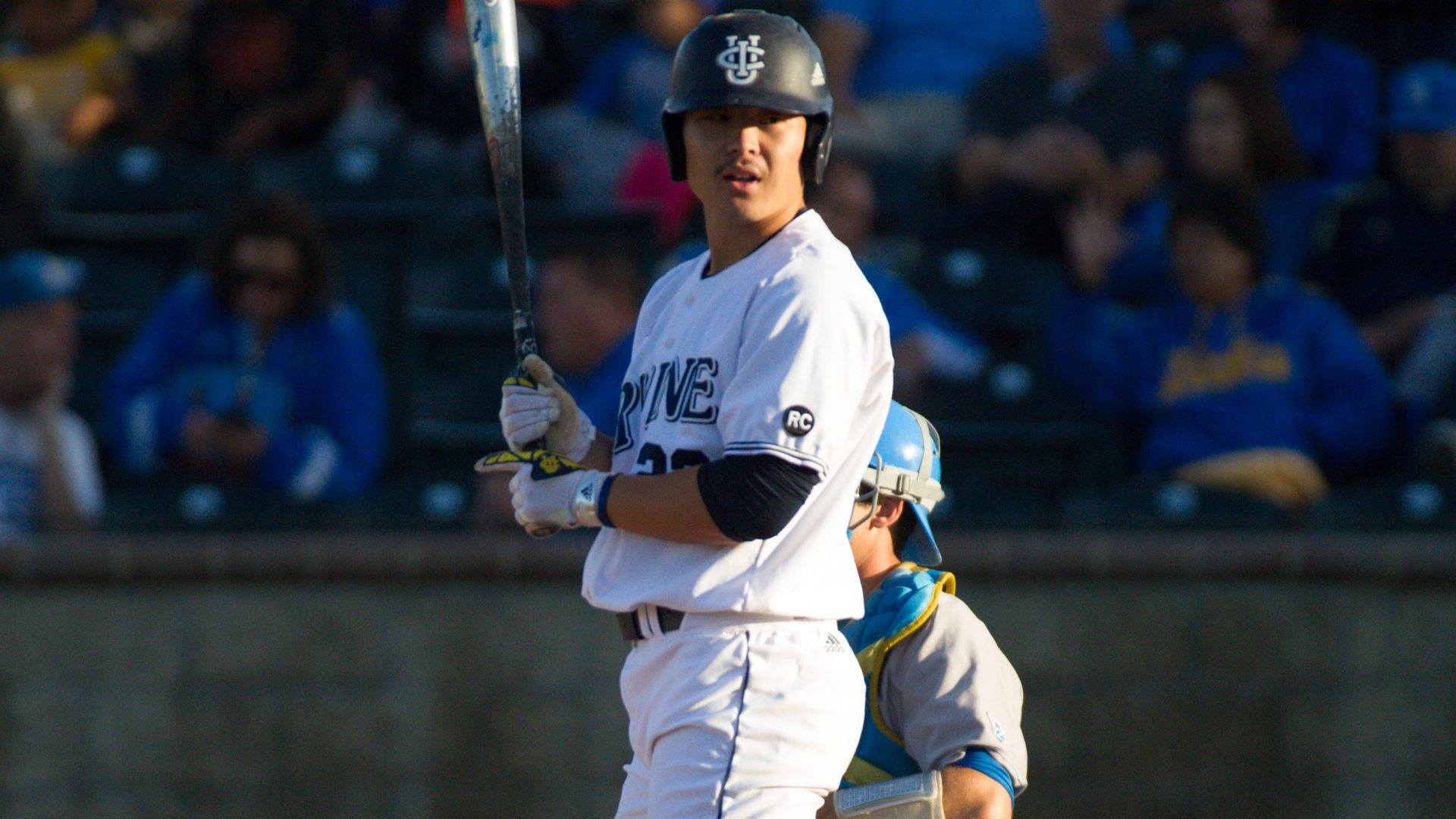 Ketson Hiura had a successful career at Valencia high school, but was an unknown entity coming out of school. A couple of months ago the LA Times wrote a feature on Hiura, detailing his transformation into a top-college prospect. The article includes quotes from his coach, that highlight just how surprising it is that Hiura has become such a great hitter. Below is an excerpt of what his coach said:

“Even the people that lived there that you would trust really had not recognized what he could become,” Gillespie said. “That’s the truth of the matter. Everyone knew he was a good kid and there’s a lot to like, but to say that he was going to become what he’s become? Nobody knew that.”

Hiura was not heavily recruited, and had to lobby for himself to get UC Irvine to take him. The school should thank him, because he’s become of the best college bats in the country. And he really has impressed he got to Irvine, he had .912 OPS freshman year and made a Freshman All-American team.

In his sophomore year, he improved his OPS to .975, which is more impressive when you consider that he injured his elbow mid-way through the season. Hiura went to went to same doctor—Dr. Neal ElAttrache– that performed Tommy John surgery on James Kaprielian’s elbow. However, Keston’s diagnosis was much more favorable and instead of TJS, he underwent plasma enrichment therapy in January.

While he’s avoided Tommy John surgery for now, the injury has prevented him from playing the field and has surely negatively affected his draft stock. While there’s still fear further injure ulnar collateral ligament, it should be noted PRP can repair a ligament, it’s truly an alternate procedure that in some cases can lead to a player fully avoiding surgery.

It also should be noted that the injury doesn’t seem to be affecting Hiura that badly, as he put up his best numbers this season. He had an average .442, an OBP of .567, and SLG of .693. So, he’s still the same elite hitter he has been throughout his college career.

Hiura has a short compact stroke, quick bat speed, and is known as a plus hitter, who could work a walk. His power is also considered to be above-average, so overall, it’s easy to see why he’s considered to be one of the best college bats in the country.

On defense he’s a bit more of a mystery, as his injury has prevented scouts from seeing him play second or left-field. Before the injury he was more of outfield prospect; despite his average speed he doesn’t have good range at second. He also had a below average arm before the injury, and will probably be relegated to left-field in the majors.

Hiura is ranked as the 26th best prospect by MLB.com, the 20th by Baseball America, and the 32nd best prospect by Keith Law. In recent mocks, he’s been selected in the 12-25 range, and the Yankees haven’t been connected to him thus far.

Selecting Hiura would be a considerable gamble, because he might need surgery, and even if he didn’t it’s unclear where he fits defensively. With that said he might be the best pure hitter in this draft and the Yankees rarely get an opportunity to draft someone with that ability.