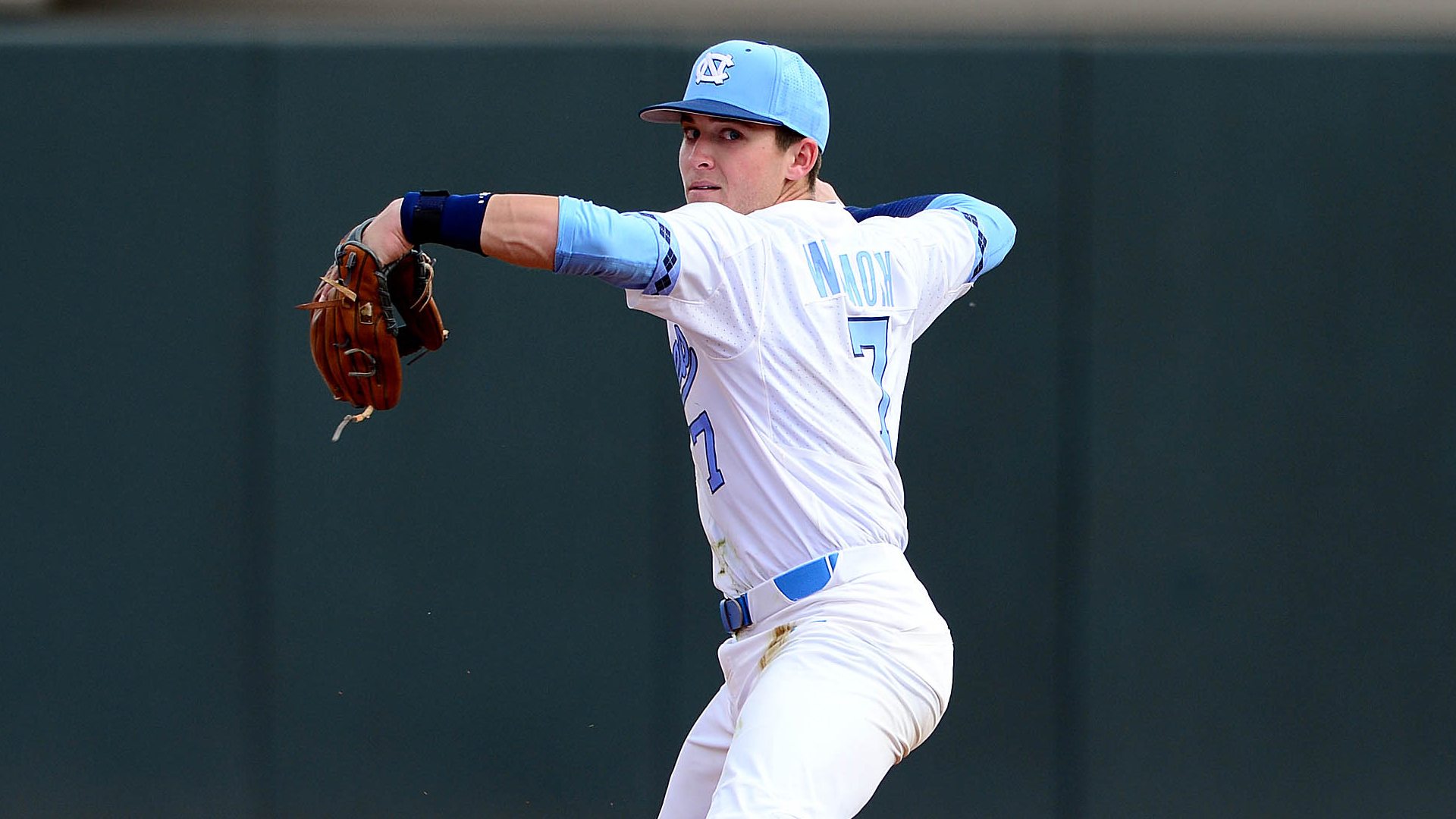 Logan Warmoth might not have been ranked as a part Baseball America’s top-500 in 2014, but scouts knew of him, after all, he did play on the same travel team as Brendan Rogers, and Adam Haseley. He’s problem wasn’t exposure it was that scouts didn’t think he could develop into a hitter, and they knew that he was most likely going to enroll in UNC. For those two reasons, he went undrafted the 2014 draft.
He had a mediocre freshman season, but fortunately, his strong glove kept him on the field long enough for his offense to catch up with defense.

His offense took off as a sophomore his power, in particular, started showing late in the 2016 season as he hit four homers in his last 13 games, and he hasn’t regressed over the past two years. After posting a .597 OPS as Freshman, he put a .883 OPS as a sophomore and a .972 OPS as a junior. Furthermore, he proved that he could hit in a tight wood-bat league as he posted .780 OPS in the Cape Cod League.

Warmoth has transformed himself from a glove-first shortstop to a very well rounded offensive player, who might need to move off short. He’s an above average hitter and has above average speed. Some scouts feel that he will eventually be forced to move to second or third base, but that shouldn’t be a big issue because he has enough power to play either position. The reason some expect him to switch positions is that they consider his range and arm to be average. However, there doesn’t seem to be a consensus opinion on whether he can or can’t play SS.

Warmoth is ranked as the 19th best player in the draft by Keith Law, the 24th best by BA, and the 21st best by MLB.com. In recent mock drafts, he’s picked in the early 20’s. So, he certainly should be available when the Yankees pick. Though I don’t suppose the Yankees would reach for him unless they want to save slot money. If the Yankees do take him, they would be drafting one of the safest players in the draft, and a player that could move through the system quickly.