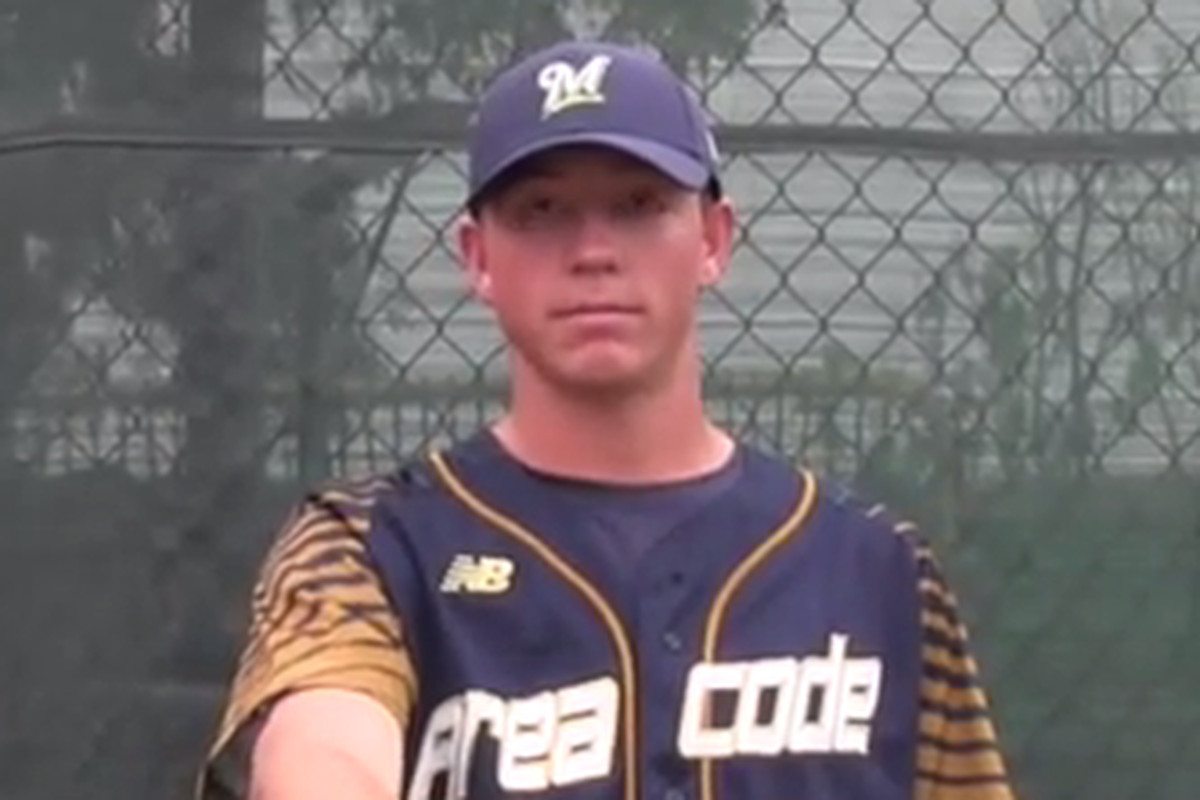 According to John Sickels from minorleagueball.com Matt Sauer has grown an inch, and has gained 15 pounds over the past year. This change might explain his recent spike in velocity — which has led his draft stock to soar, and has made him a borderline first round pick. A year ago, Sauer was throwing his fastball at 89-91 MPH and is now clocked at 91-97 MPH.

Sauer is praised for his high work ethic, and Sickels reports that he made significant mechanical strides, which have improved his command over the past year.

Because of that increase, Sauer considered one of the best prep prospects in this draft. The spike gives him a great 2-pitch combination. His second pitch, his slider, flashes plus potential and is an above-average pitch when he has it working. In addition to his fastball and slider, Sauer throws a curveball and a change-up. Both pitches need a lot of work, but that’s not uncommon for a prep pitcher.

Sauer has an ideal pitching frame and shows looseness and athleticism on the mound, but he has a violent delivery which has led many to assume he will end up as a reliever.

Sauer is ranked as the 26th best prospect by Baseball America, 42nd by MLB.com, and was unranked in Keith Law’s top-50 list. Sauer is not selected in mock drafts, though he was selected in BA’s most recent one. They had him going to the Texas Rangers with the 29th pick, and other mocks have mentioned that the Toronoto Blue Jays and Baltimore Orioles are both interested in him. Though I’m sure, most teams are interested in him but don’t want to use a high pick on a prep pitcher with such a violent delivery. Some fear his delivery will relegate him to the bullpen, though other plainly see his size and stuff and envision a workhorse starter.