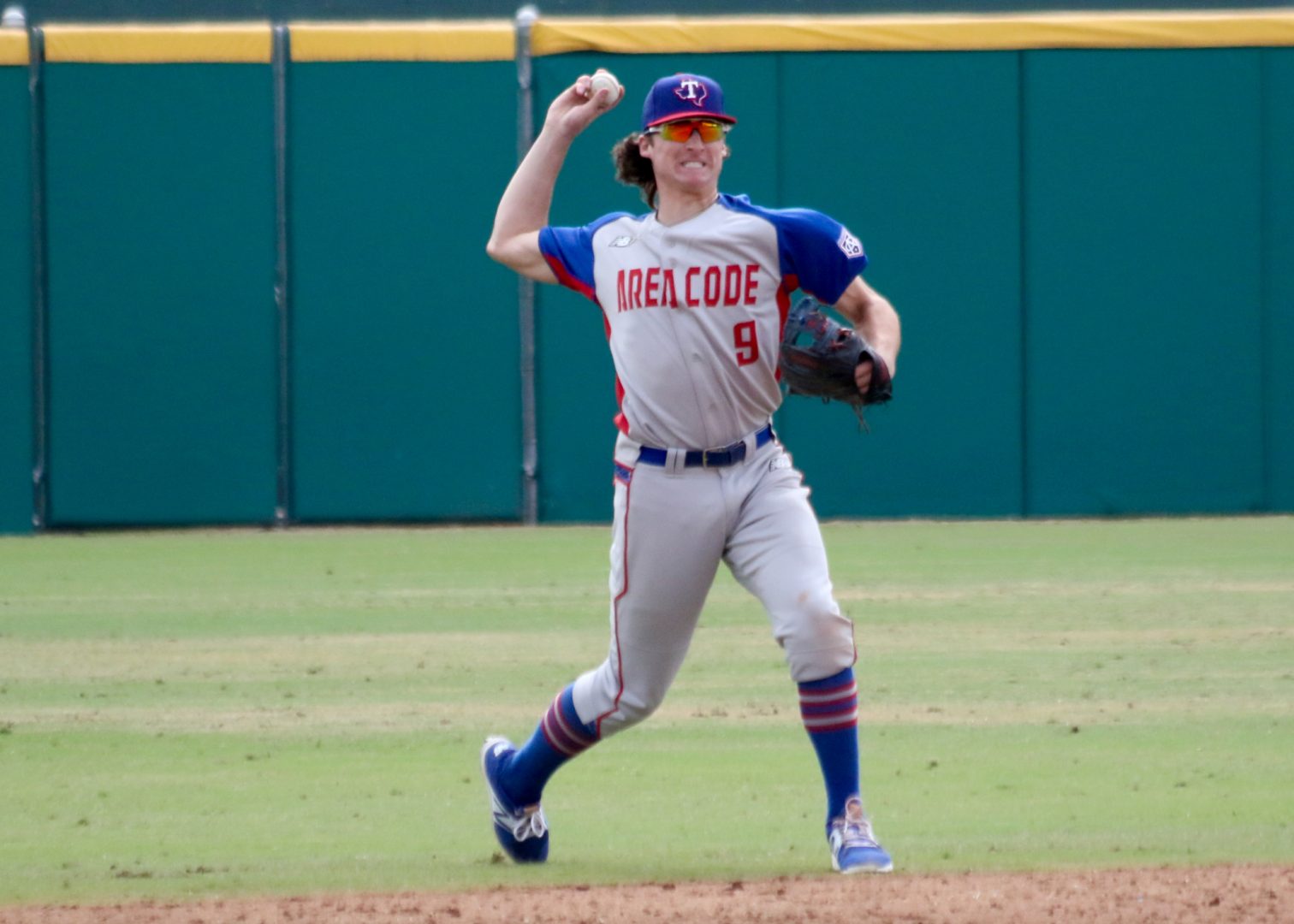 Ryan Vilade might just be a prep player, but he’s probably one of the most coached -up players in this draft class. His father—James Vilade—was a hitting coach in the Texas Rangers system for four years, and is currently an assistant coach at OSU. Because of his father’s profession, Ryan grew up around the game of baseball, and not only learned it from his dad, but also from other Rangers coaches, and even players. In past interviews, Vilade talks about taking batting practice and grounders from players like Elivis Andrus, Rougned Odor, Joey Gallo, and Mike Olt.

Being surrounded by so many professional coaches and players seems to have impacted Ryan, as he is a mature player who has good instincts on the field, and is a very hard working player. That hard work he puts in has paid off because he has turned himself into an excellent prospect.

So far in his career, he’s earned quite a few distinctive honors: he won a silver medal with USA’s 15U Baseball’s, a gold medal with the 18U team, and he has also won the home run derby at the 2016 Under Armour All-America Game. It should be noted that two of the players at the home run derby were Hunter Greene and Jordon Adell — the two best prep power hitters in the draft.

Vilade has good bat speed and can adjust his swing mid-at-bat. With that said he’s currently considered an average hit tool and is more known for his above average power. He’s currently a shortstop, but it is believed he will move to a different infield position in the upcoming year. Vilade has a plus-arm, so he might end up as a third baseman. It’s believed he’ll be an average defender at that position. His only below-average tool is his speed, which MLB.com rates at 45.

Vilade is ranked as the 41st best prospect by MLB.com, the 60th best prospect by BA, and the 44th by Keith Law. It’s possible that Vilade is available for the Yankees second round pick, though it is hard to tell what kind of slot money Ryan would want. After all, he might be tempted to go to OSU and play baseball with his father instead of signing with a major league club. If the money makes sense, he would be a very intriguing second round pick for the Yankees.